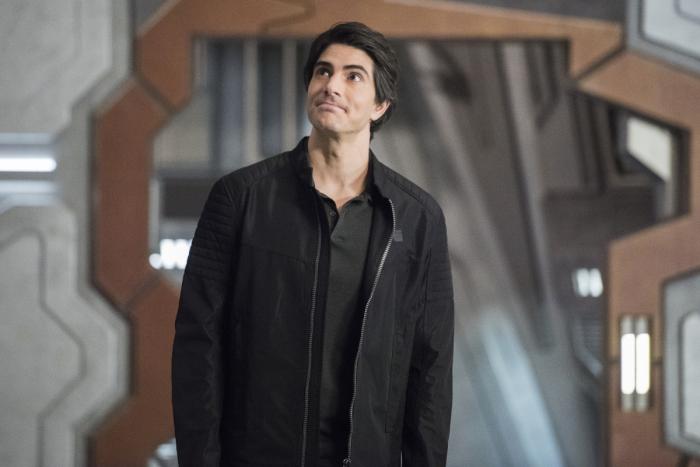 DC’s Legends of Tomorrow is like a fine wine in that it’s only gotten better with time. As one of the unexpected gems of The CW’s Arrowverse (it was terrible in its first season, trust me), the superhero show saw original cast member Brandon Routh depart the series alongside wife Courtney Ford. This past week’s episode of Legends of Tomorrow, called “Romeo v. Juliet: Dawn of Justness,” was their last time playing Ray Palmer and Nora Dahrk, respectively.

While their departures were announced last August, months ahead of Season 5, Routh’s multiple responses to fans and a recent podcast appearance confirmed that it was not his choice to leave the show. At all. He was clearly upset the way that it went down too (more on that later). Ford has also opened up recently about leaving the series and it sure sounds like the show’s writers really mucked the whole thing up, leaving the actors confused as to why they had to say goodbye when the story didn’t even call for it. When asked about the reasons behind the decision, the showrunners’ response was less than acceptable and only proved that there was absolutely no good reason for Routh and Ford’s departure from the series. And yes, I’m still rather salty about it. 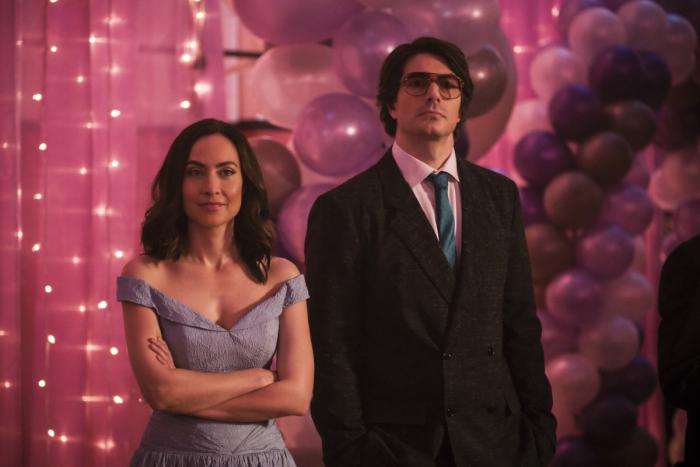 TV shows can go on for many seasons. Realistically, it’s rare for any given series to retain all of its original cast members several seasons into its run. Grey’s Anatomy certainly hasn’t. The Walking Dead has lost too many to count. Most recently, America Ferrara announced her departure from Superstore, leaving the show’s sixth season in a bit of a flux. (And who knows how the TV production shutdowns due to coronavirus fears will affect TV moving forward?) However, there are a multitude of reasons for why actors either choose to leave a series or their character is written off. Legends of Tomorrow, however, didn’t fit into either of these categories and it shows.

For the uninitiated, Brandon Routh first appeared on Arrow in the show’s third season before joining Legends of Tomorrow as one of the show’s original cast members in Season 1. To say Ray Palmer is a ray of sunshine is an understatement. He brought such optimism and a sense of hope to the show. Ford joined the series in Season 3 as a former sort-of-but-not-really-villain-turned-fairy-godmother (yes, this show is bonkers in the best way!).

Flash forward to Season 5 and Ray and Nora were finally in a relationship. Great! However, in the episode immediately after they first said “I love you” to each other, they were married. The episode after that, they were gone. Poof, finito, their story was over just like that. The worst part of the whole thing is that the series is only seven episodes into a 15-episode season so far and their farewell had absolutely zero buildup. 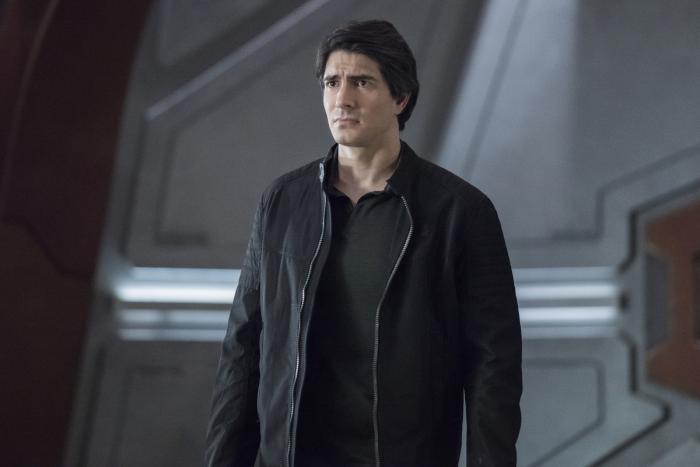 The final scene of the Legends team toasting to Ray… didn’t even have Ray in it. He’d already left by that point and most of the team was too busy throughout the episode to really focus on Ray’s departure anyway. While he got in a couple of heartfelt moments with the characters he was closest to, his exit was incredibly rushed and didn’t get the attention it deserved. It was like an afterthought — the writers needed to write him off for some reason and this was the sh*tty result. Oh, OH! And it wasn’t even Ray’s original idea to leave on the show. Nora’s dad basically told him (and by this, I mean he threatened) that he should do right by his daughter and live a normal life. Can’t be married AND be on the time travelling ship now!

“It was before we started production, but it was not well-handled, and so that has been something my wife and I are both still working through. It’s been a huge transition time for us these last eight, nine, ten months,” he told Michael Rosenbaum during the “Inside of You” podcast. “So… how was I going to find the joy in that, knowing this thing was looming? But I worked to just be with the crew that had become my family and my cast that had become my family and experience that, and just be there in the interactions with the people.”

Having followed the situation for a while, Routh makes it clear that he always had an open communication with the writers prior to his departure. Then, before Season 5 started filming, Routh was told that he and Ford were being written out of the show, blindsiding them both with the news. Since the official news broke, Routh has claimed, on several occasions that it was “not my choice” to leave and that their exit “felt forced” and that he and Ford were definitely “not happy about it.” Per co-showrunner Phil Klemmer, their story had simply run its course. Ford, on the other hand, says that she and Routh “didn’t agree that the storyline had run its course, but it’s not up to us.” Yikes.

Oh, and don’t worry because it was never about money either, per Ford, just in case you were thinking it. I know that actors leave all the time (hell, sometimes I actually want them to leave, too), but this departure stung in a different way. The fact that it was completely out of left field painted everything in a very bitter light, especially for Routh, who’s been with the show since the beginning and the narrative reason for his departure felt underwhelming and unnecessary.

With tears in his eyes, Routh took Ford’s hand and walked off the ship he’d called home for years to start a new chapter. While I’d like to say they’ll both be back at some point, their departure wasn’t a “‘Goodbye. See you soon. Come visit.’ It’s ‘Goodbye forever.’” And damn it if that doesn’t suck.

← Amber Heard Did Not Cut Off Johnny Depp's Finger, According to Johnny Depp's Texts | Watching The WWE With No Audience Is... Surprisingly Entertaining? →