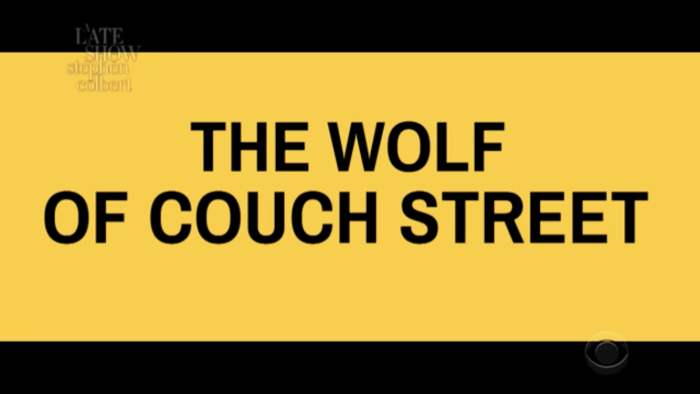 I’m legitimately surprised a video like this wasn’t created sooner. If it has been, please share it in the comments. Over the past week, a large swath of savvy Reddit users banded together to throw Wall Street into a frenzy (that may be an oversimplification but I’m not going to pretend I understand the situation entirely). Many, including new Twitter user Jon Stewart, have defended the online traders for beating Hedge Fund folks at their own slimy game.

Now, Stephen Colbert and his crew at The Late Show have given their take and it doesn’t disappoint. The cold open is a trailer/parody for a … very different Wolf of Wall Street. The funniest part is that, despite presenting a purely comedic take of the Redditors (is that right?), the footage from the infamous Scorsese film is still incredibly ridiculous. Granted, the point was to show an over the top, self-obsessed view of Wall Street scumbags, but I digress.

Sit back, relax, and enjoy what I’m sure is the 700th joke about this whole situation that you’ve seen this week. Then prepare yourself for several more next week. My money is on an Endgame style video, where Reddit users show up as the various missing Avengers, just in time to save a tired and beaten AMC logo, superimposed on the face of Captain America.

← Jon Stewart Joins Twitter to Get In on the GameStop Discourse | Review: Netflix's 'Finding 'Ohana' is a Delightfully 21st Century 'Goonies'-Style Adventure →