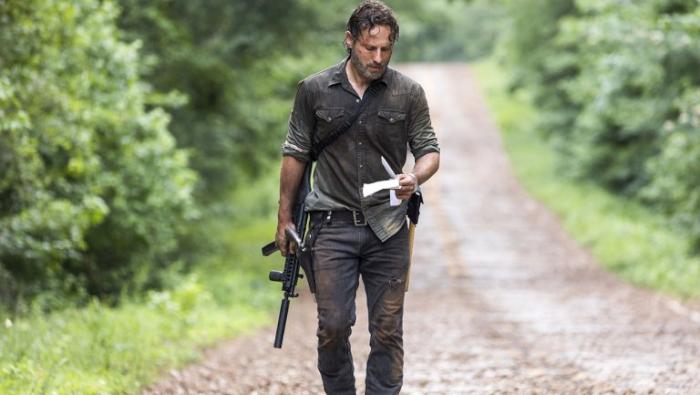 I write extensively about The Walking Dead over on Uproxx — in fact, I have written about seven posts in the last five days — and there has been a lot of movement in that regard over the last week. I’m not going to get into the granular details for this audience, many of whom have checked out of the series. However, for those curious about what’s going on, here’s the brief rundown:

In the comics, Rick, Michonne, Carl, etc., visit The Commonwealth, discover there is a class system, and basically overthrow the Governor. In turn, the Governor’s snotty son, Sebastian, kills Rick Grimes. Last week’s final issue is basically an epilogue to Rick’s death. It’s set a decade in the future. Maggie is the President of the Commonwealth now, and Michonne is basically the Supreme Court Judge. While there has been no cure for the virus, the zombie threat has basically been neutralized, so much so that Hershel — the son of Maggie and Glenn — has a traveling zombie show. Carl kills Hershel’s zombies, which actually makes up the spine of the story for the final issue. Carl is brought before Michonne after he’s charged with destruction of property, but she acquits him of all charges. Carl goes home to his wife Sophia (Carol’s daughter, who did not die in the comics) and daughter, Andrea (named after the Andrea from the TV show, who is more like Michonne in the comics — she was Rick’s girlfriend).

It’s not a mindblowing end, but it’s fine and fitting. My big takeaway from the ending is what Robert Kirkman wrote himself in the back of the issue in a letter to fans. He basically said that he ran out of story, and that he needed to end the series because he had nowhere else left to go with it. That’s very ominous for the future of the AMC series, which obviously plans to continue beyond The Commonwealth arc.

— However, that Commonwealth arc does seem to be forming the basis for how The Walking Dead universe will eventually connect with the Rick Grimes movies. There’s still also enough content left in Kirkman’s comics to fill about two seasons. I’m not sure if the AMC series plans to push off The Commonwealth arc a few seasons and fill the space between it and the current Whisperers War with other original storylines, or if it plans to go straight into The Commonwealth and find some new stories afterward.

— Meanwhile, when Fear the Walking Dead is not dabbling in the elements of the overall The Walking Dead universe, it’s gotten very bad. It shouldn’t be, because it actually has some great characters (including one played by Garret Dillahunt). But the new showrunners, who came over from Once Upon a Time last season, do not appear to know how zombie shows work or, specifically, how The Walking Dead works. Fear brings over characters from the parent show (Morgan and Dwight, so far), but they have forgotten how to kill off characters. It’s devolved into basically a YA zombie series. It’s sentimental and mawkish, there’s a bunch of kids on the show now, and there’s even a cat. This season, so far, has been about a bunch of adults trying to save a bunch of kids by helping them escape an area before there is a nuclear meltdown (very Chernobly, except not). This most recent episode ended with a hot air balloon shaped like a beer bottle flying into their area. It’s gotten very weird, tonally speaking. It’s not scary or violent or shocking. It’s sort of a badly written light-hearted adventure tale with zombies.

— The one very good thing going for The Walking Dead universe is that, even after Rick Grimes’ departure, the parent series is better than it’s ever been, thanks in large part to the new showrunner, Angela Kang, who transformed a weak story arc in the comics — The Whisperers War — into the best ever season of The Walking Dead. I am hopeful that Kang and the parent series can keep it up, even after they run out of the track laid down by Kirkman’s comics, and even after Michonne leaves the series next season (Maggie, meanwhile, may return, after Lauren Cohan’s show, Whiskey Cavalier, was canceled).

And that, basically, catches you up on The Walking Dead universe.

Oh My God What the Hell is That Guy Doing Climbing the Shard?! 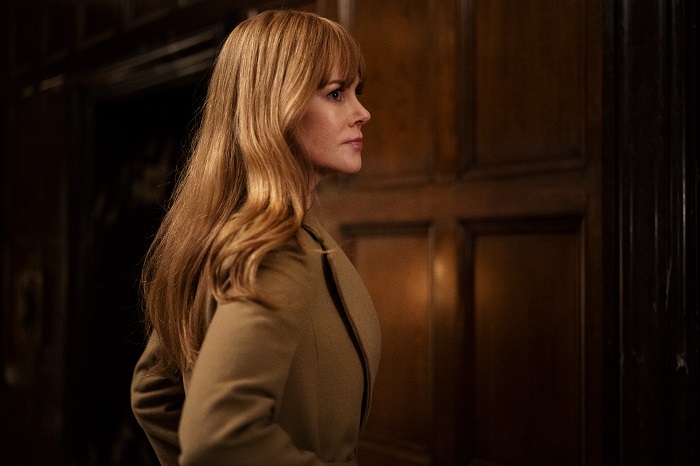