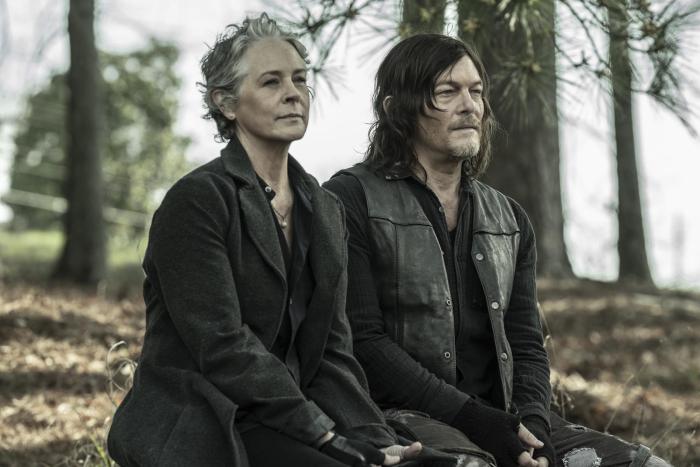 'The Walking Dead' Is Over. This Is How It Ends

I’ll say this for The Walking Dead: The series reeled off 28 mediocre-to-bad episodes before the end, but the last two were legitimately solid. Were they enough to make the last five seasons worth it? Absolutely not. The last 12 episodes? No. But, if you stuck through all 177 episodes over 12 years, the three spin-offs, and even a few web series, The Walking Dead delivered a strong finale before invariably teasing the next three spin-offs.

For those who quit after Negan bludgeoned Glenn to death in the seventh season premiere, here’s a brief recap of the last five seasons: Negan went to war against Rick; Rick won but spared Negan. Carl was bit by a zombie and died the most humiliatingly anticlimactic death of the entire series. Rick Grimes saved Alexandria from a horde of zombies but was picked up by a helicopter and never seen again. The Whisperers, the series’ last legitimately cool antagonists, killed off a number of cast members. Maggie left the series. Michonne left the series. After a seven-year prison sentence, Negan was released and helped defeat the Whisperers. Maggie returned to the series. The cast relocated to The Commonwealth, a large civilization with a lot of pre-apocalypse amenities. Things went to hell. A new zombie variant that’s faster, can climb walls, and open doors is introduced. The Governor of The Commonwealth wages war on Daryl and Company.

That, more or less, brings us to the present. Here’s what happens in the last two episodes: Governor Pam Milton, in order to maintain control over The Commonwealth, releases a horde of zombies into the city as an excuse to declare martial law. She doesn’t realize that the horde of zombies is not like the easy-to-subdue old variant but is instead the new one. Milton holes up in her estate and asks the military to funnel the horde of variant zombies into the poor neighborhoods to spare her and the wealthy folks.

Lots of people die trying to fight the new variant, including Luke (Dan Fogler), a character who was on the series for about a season and a half but has barely been seen since. It’s still sad. Judith — the daughter of Rick and Michonne (although, biologically, Shane and Lori) — is shot, but she survives. Milton locks hundreds of the poors out of her ritzy estate, but when Daryl, Carol, and Co. arrive, they convince the military not only to let the poors in but to turn on Milton. Milton is arrested. During a montage set to Living Colour’s “Cult of Personality,” the Commonwealth and the Alexandrians work together to blow up the Estates — killing all the zombies — and a year later, most everyone lives happily ever after. Ezekiel becomes the new governor. Mercer — who turned the military against Milton — is the lieutenant governor, and he’s happily dating Princess. Carol is the person who gets sh*t done. Magna and Yumiko are a couple again. Connie runs the newspaper. Lydie and Elijah are together. Eugene and Max have a baby named Rosie. 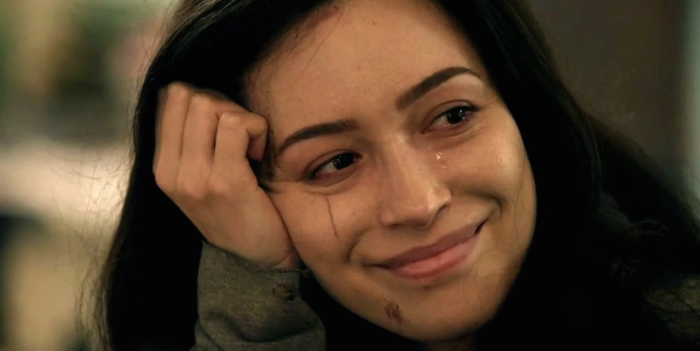 They name the baby Rosie after Rosita, who was bitten during the variant zombie melee. As is sometimes the case when the storyline calls for it, Rosita gets a good day or two to say goodbye to everyone before she succumbs to her infection, including a heartbreaking exchange between her and Eugene. It is manipulative as hell, but it’s effective. A major character had to die, and of the characters remaining, who don’t already have a spin-off lined up, the death of Rosita would have been and was the most affecting, in large part because of Christian Serratos’ performance. Her expression the entire time was one that said, “I am really sad to be leaving my baby and all my friends, but it’s OK. Y’all are going to be OK without me.” 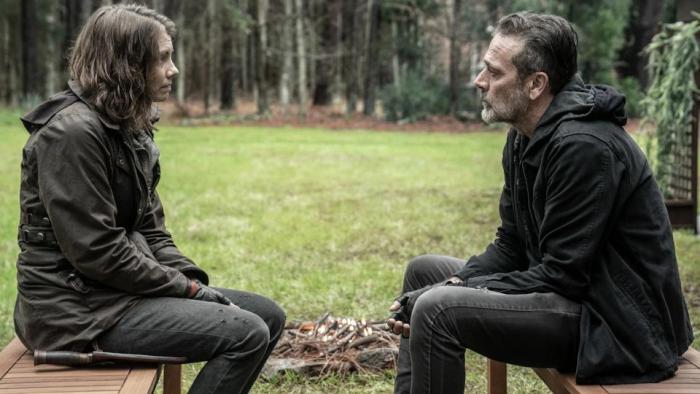 The other highlight is a lengthy exchange between Negan and Maggie. Negan finally apologizes and expresses real remorse for killing Glenn. It’s a great apology. Maggie can’t accept it, because how could she? She tells Negan that she’d really like to stop hating him, that she genuinely appreciates him for saving her son’s life, and that she welcomes him to remain in the community, but she says she’ll never be able to look at him without thinking of Glenn’s last moments. Negan understands, and while they do not make up, they do find a way to exist together, which is good because they’re starring in a spin-off together next year.

That’s ultimately where the series ends. Daryl and Carol have a heartfelt goodbye because Daryl has decided to seek out Rick and Michonne, which is the segue to his spin-off (also due out next year). Daryl rides out on his motorcycle, and then we see a sequence with Michonne — who is still searching for Rick — and Rick, who is being captured by another helicopter, only he is smiling. It’s nice to see them both, but it doesn’t tell us anything new. 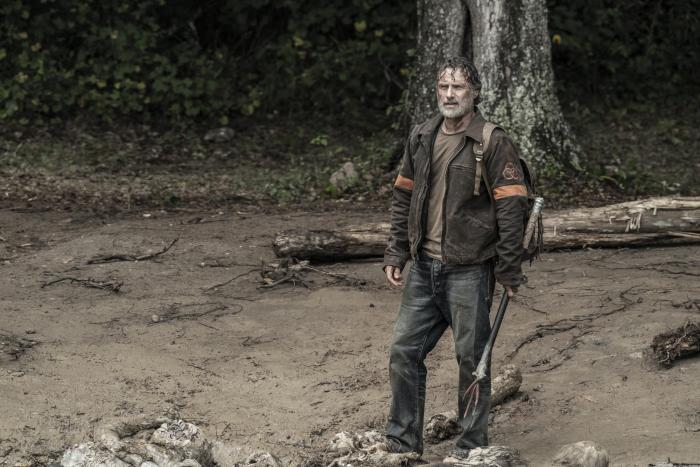 After that, there’s a cheesy but effective montage that ends with Judith telling RJ (Rick and Michonne’s other kid, who almost never appears) that “We are the ones who live,” which is the cringey mantra that is repeated several times in the final seconds.

It’s a sweet ending that plays on our nostalgia for The Walking Dead, gives us the conversation that Maggie and Negan have needed to have for two years, hits us in the heart with Rosita’s death, and teases the spin-offs. Did they make me excited about the spin-offs? Sadly, yes. Will I regret watching them? Also yes. Will I ever quit The Walking Dead? Probably not. I’m 12 years deep. I’m not about to bail now.


← Review: 'Disenchanted' Isn't as Magical as its Predecessor | James Cameron Got the Idea for 'Avatar' in a Dream →