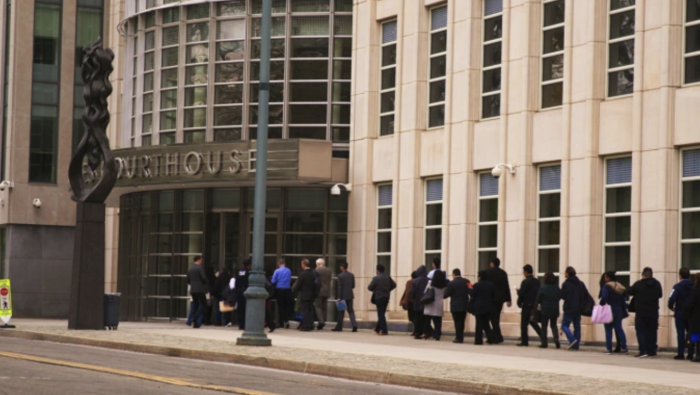 When the second season of HBO’s The Vow introduced Nancy Salzman as one of their main interview subjects, I was cautious. Why give one of the NXIVM cult’s leaders—in fact, the organization’s number two operator—more of a platform than she already had? I’ve commented before on the second season’s “both-side-ism” in a complimentary way: the documentary series listens to everyone involved in the scary cult debacle that is/was NXIVM and in doing so reveals just how patently removed from reality its die-hard members are. Not through mockery or commentary, but simply by sitting back and letting them talk.

But Nancy seemed like a different story to me. Many other interview subjects in the first season made clear that Nancy was aware of abuses as they unfolded. She built the curriculum that became predator Keith Raniere’s tool for controlling women who came to him for guidance and self-empowerment. Nancy is a psychologist, a mother, a figurehead. She could presumably spin whatever story she wants to, pre-sentencing.

At first, I thought that was what was happening. She seemed still in a mode of instruction as she was in her role within NXIVM, giving disconcerting demonstrations of how, for example, to match tone and volume with a conversation partner to make yourself appear more engaged and engaging.

But over the course of the season, Nancy becomes a centerpiece for the show’s most difficult message: Nancy was also manipulated and controlled by Raniere. Like the other members of NXIVM, she firmly believed in the good of what she was doing—and tragically she still appears to want to believe in it, or at least in the empowerment curriculum she developed alongside Raniere. It takes a cult expert literally spelling out to her that even her good intentions can’t erase the fact that the curriculum was designed in such a way that it allowed thorough control over other adults’ lives.

It also comes to light that Nancy had a brief intimate relationship with Raniere—which he then used to forbid her from having any romantic or sexual relationships with other men. And she didn’t. For twenty years. Something breaks very visibly in her over the course of the show’s second season: she can’t shy away from the fact of all the abuse she enabled. But her relationship to Raniere sounds stunningly similar to other women’s—continually diminished, controlled, and seeking approval from a man with only his own self-interest at heart.
The pattern repeats itself among many of the other high-up abusers in the cult. Allison Mack terrorized women, but she also was beaten down mentally and emotionally on her road there. One underage victim was complicit in another sexual assault after years of having been groomed and trapped into the role. It’s all very, very ugly.

You could boil it down to the trite “hurt people hurt people.” But there’s more to it than that in The Vow’s storytelling. It’s the story of weaponized trauma: a core abuser breaking down the people around him until they walk open-eyed into horrible acts. Disturbing? Yes. But listening to hold-out cult members who are determined that it must be everyone else that’s wrong—that the whole world is rigged against them and their brilliant overlord-guru—it’s clear how powerful and lasting the effect is. It’s a small-scale demonstration of a huge epistemological divide—whether you want to compare that divide to the political split in America or not. The people who come out of their delusions, like Nancy, do so with devastating realizations of what they’ve enabled. But those who don’t are frighteningly convinced of their reality. Everyone else is brainwashed. Definitely not them.

True crime, as I’ve said many times before, is difficult to do in a justifiable way. I can see where the justification lies in re-telling the much-told NXIVM story and speaking to people who are still painfully indoctrinated and have yet to come anywhere close to seeing the light. It does the work of lifting the emotional fallout from shocking headline-grabbing story that could be not-inaccurately reduced to “sex cult.” It also does the work of showcasing the people—the followers, the lawyers—who will continue to defend abusers while making eye contact with the camera and claiming the moral high ground.

This is very messy true crime in the best way. It leaves room for unresolved nuance. It doesn’t seek out definitives. It doesn’t promise an ending, only a difficult forward march. And it takes the harm done seriously.

It’s deeply uncomfortable television. And it works very well for its purposes.

The full season is now streaming on HBO Max.