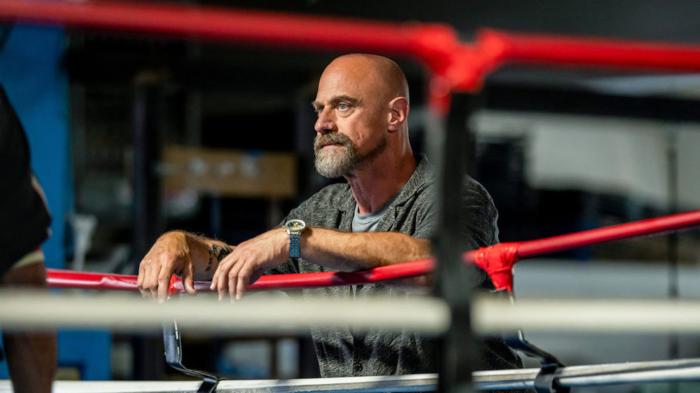 The Subpar 'Law & Order: Organized Crime' Is Getting a Much-Needed Shake-Up

Though a lifelong fan of the original Law & Order, I never got into the spinoffs, SVU or Criminal Intent. However, when NBC greenlit the Elliot Stabler-centric Law & Order: Organized Crime, I wanted to get in on the ground floor so that I wouldn’t have to watch 12 seasons to catch up one day.

Alas, Organized Crime proved to be not a particularly good series. Stabler is still Stabler (and Mariska Hargitay makes frequent visits), but Organized Crime decided to abandon formula. Instead of providing cases of the week, it opted for a serialized arc. Worse? The serialized arc was not particularly good, and when the second season returned and Dylan McDermott’s Richard Wheatley — the season one antagonist — still remained, I bailed on the series. I couldn’t muster any enthusiasm for the storyline. If one episode of L&O is bad, there’s always a new one the following week. On Organized Crime, you’re stuck with the same storyline, and despite the stakes involved (vengeance for the murder of Stabler’s wife), I couldn’t get into it.

I am not alone. Organized Crime is the lowest-rated of the L&O series, and with Dylan McDermott finally set to leave soon (he’s replacing Julian McMahon, who is departing FBI: Most Wanted), the show appears to be going in a new direction, at least with its showrunner. Barry O’Brien (Lincoln Rhyme: Hunt for the Bone Collector), who joined the series as a co-exec producer in November, will replace Ilene Chaiken as showrunner (who herself replaced the show’s original showrunner, Mat Olmstead).

Chaiken will move on to other projects (she’s an exec producer on The L Word: Generation Q), while it’s unclear how O’Brien’s succession will change the show. It’s unlikely that there will be many changes in the short term — there are only 5 episodes left to shoot this season — but with McDermott on his way out and Denis Leary and Jennifer Beale joining the series, there may be an opportunity for Organized Crime to reboot itself if it’s picked up for a third season. It doesn’t necessarily need to revert to the episodic nature of the other L&O series, but it would serve the series well to at least provide more, shorter serialized arcs so that the more fickle broadcast network audiences can come and go as it suits.

Either way, Chris Meloni deserves better than the middling series that has been written for him, so far.

← End Your Black History Month With Amber Ruffin And The ABCs Of White Privilege | The Pajiba February 2022 Book Recommendations Superpost! →