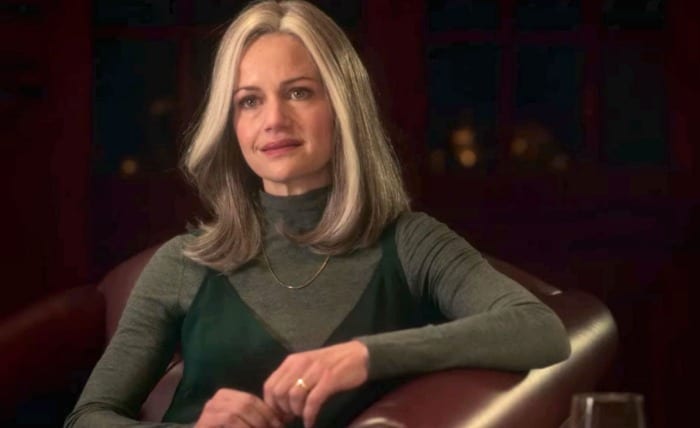 The Haunting of Bly Manor has been out on Netflix for a little over a week now, and it has all those Mike Flanagan touches that we love: a ghost story that’s not really about ghosts, but with plenty of ghosts lurking in the background waiting to be spotted, well-developed characters with an occasional propensity for monologues, and an an emotional heart that can outshine a lot of flaws. But not quite all the flaws. The one that bugged me the most while I was watching the series was that of the framing device of a mysterious woman with a BIZARRE accent telling this story on the eve of a wedding. Each episode I sat there contemplating what it would sound like as told by one person, extemporaneously, and concluded that Carla Gugino’s character must be a TERRIBLE story-teller.

(Spoilers ahead for all episodes of The Haunting of Bly Manor.)

While things start pretty well in the first episode, by the second episode we start jumping around in time. Something that works well in TV shows, but when telling stories out loud can come off like you’ve started your story the wrong way. Especially when you KEEP jumping back further, and forward, and then backward again. In the first four episodes we go back to Miles at prep school, then back a year ago to the first arrival of prior nanny Rebecca Jessel at Bly Manor, and then AGAIN back to Dani’s life in the US before she even set foot in England. I kept thinking of this woman at the wedding going “Oh, sorry, I should mention that about six months before all of this… and then a YEAR before that… and then back when Dani was a young woman still in America…,” which would not make for the most serene or engaging storytime.

The fifth episode is where we really start to strain the credulity of the “person telling a story at the wedding” framing. We learn at the end of the story that the person telling the story is Jaime, the gardener, decades after the events of the story. I’d started to suspect that by this point in the series, but it only led to more questions about how she would know all of the things involved in the story. The fifth episode is almost entirely from the perspective of Hannah Grose as she contemplates her life at Bly. Now, it’s possible that Hannah related some of this to Jaime, but not all of it since a significant portion of this takes place after she was already dead. Hannah had one message that she sent back with Henry after her death, and it wasn’t about her experience memory-walking through her life.

We continue down this road of “she really shouldn’t know that” with the next episode, a similar deep-dive into the life of Henry Wingrave. Here we have the problem of a lot of flashbacks (I just picture Carla Gugino and that crazy accent going ‘FLASHBACK! To Flora’s sixth birthday party where Henry gave her a dollhouse and left before the party. FLASH FORWARD! to Henry being tormented by his shadow self in his office. FLASHBACK again to the Wingrave couple in the kitchen after Flora’s party…’) along with a bunch of stuff that would be unknowable to the story-teller. Could she have heard from Henry about his struggles with his own demons after the events at Bly Manor? Sure! It didn’t seem like he kept up a correspondence with Jaime and Dani after they all left, but I guess it’s plausible. But the details of the conversation the Wingrave’s had about the affair? The scene with Flora and her mother before her mother left for India? That same episode features Flora herself doing a lot of “dream-walking,” which begs a similar question as to how Jaime could recount these details as part of her story. Even more in the next episode which centers a lot around the ghost of Peter Quint, his experience of being a ghost, and his memories. During these episodes, I kept wondering how, exactly, this story was being told with these specific details. “Well, maybe not all of it is literally part of the story being told at the wedding!” you may say. Then why bother framing the series that way?

In a series that I thought was overall successful in finding an emotional core to the scares, the use of this particular framing device feels like an unforced error. Flanagan and the other writers clearly didn’t want to tell this story from the limited perspective of one character, so why start it that way? Jaime could have heard enough details from the other characters to put together a good story, but she’s not omniscient. If the perspective was meant to be omniscient, the concept of the ghost story at the wedding could have been brought in at the end rather than the beginning. Of course, if the purpose was just to get lovely Carla Gugino and her lovely voice (…if not a lovely accent, that was also pretty distracting) on our screen then mission accomplished.

← Watch the Trailer for Kaley Cuoco's 'The Flight Attendant,' from the Makers of 'You' | As Dominic West Torpedoes His Reputation Amid Cheating Scandal, What's Lily James Up To? →