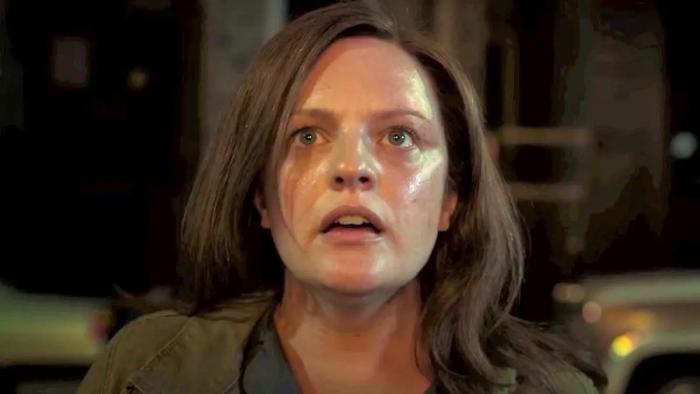 The Shining Girls — the violent, time-jumping, psychologically rich bestselling book — was always going to be a bit of a feat to transpose onto screen. The book, and now the TV show, shepherded onto Apple TV with new episodes weekly, follow Kirby (Elisabeth Moss) as she tries to hold her life together following a brutal attack years earlier. Her trauma is tangled with a private, supernatural hell: she seems to shift from one reality to another without warning.

Without giving too much away: the discovery of a body opens new doors to understanding the nature of Kirby’s attack and her attacker, who is very much serial and active. Wagner Moura plays Dan Velasquez, a troubled journalist whom Kirby takes her story to. Jaime Bell is grotesquely unsettling as the anonymous, free-floating killer, roving unexpectedly into scenes with relentless creep factor.

Moss’s sense of fragility as Kirby is perfect; she delivers the sense of a woman warily making herself small and unseen, as little a part of others’ lives as possible. Kirby is capable, precise, organized—and she has to be. Hers isn’t neat, Groundhog Day-style reality-bending, where the rules become clear through a few rounds of repetition. Kirby is thrown from one reality to another without warning or fanfare, making all the basic facts of her life completely unreliable.

There are many slippery possibilities for what could suddenly be different: Where do you live? What desk do you sit at? Are you living with your mother or your partner? Do you have a cat or a dog? In one scene, Kirby discovers she’s married after noticing a wedding photo of herself on the wall. In another, when she returns to her apartment to discover it isn’t her apartment, she deftly checks her driver’s license for her new reality’s home address.
Moss plays Kirby as continually waiting for the other shoe to drop — as is the audience. Shifting reality means instability in expectations, which means an extra edge of anxiety and drama for the viewer, mandating your attention. Nothing can be taken for granted. It’s a brilliant storytelling move that translates with technical grace from the page to the small screen. À la Eternal Sunshine of the Spotless Mind, the show teaches us what benchmarks to look for. If there isn’t a blue Godzilla mug on Kirby’s desk, get ready for a whole new reality.
Technically, this is a show that pulls off a lot. It keeps the audience anchored in a beyond-abstract premise that barely begins to come into tantalizing focus by the end of the third episode. Its visuals are tremendous: shots create prisms through glass doors or emphasize spatial divisions, repetitions, and vanishing points. Visually, it demands constant recalibration. Very on the nose with its subject matter, but executed with a conviction that keeps me roped in.

So, basically, this is a very good show. The set-up of the first three episodes promises explosive reveals and further explorations of complex characters. I could go on. Bell certainly deserves kudos for playing so damn skeezy. True to the disturbing book character, he sets your teeth on edge. He plucks the wings off bees. He mansplains astrophysics to a young female astrophysicist. He dresses with military precision and seems vastly unfazed by the discomfort he inspires, with the clear sense that he’s immune from it all. The show makes the decision to withhold certain aspects of his character that are revealed on page one of the book — a move I agree with — but the character remains tremendously, faithfully unsettling.

The reason I won’t go on about the show is that the centerpiece performance, Moss’s, begins to feel a bit like a sore point. Kirby is yet another rough, unglitzy, well-realized Elisabeth Moss heroine: nervy, tense, attentive, and visibly attuned to her world in a way that makes it feel like each moment has jagged edges unless otherwise soothed. In this iteration, Moss’s character is waging the good fight, uncovering violence against women and using her insight as a survivor to apprehend the man responsible.

This just makes me wish I could appreciate her performance without the Scientology thing ringing big old alarm bells at the back of my mind.

I’ve been a longtime Moss defender, in the sense that I’m always quick to point out that she was raised in Scientology, rather than joining as an adult, and various horror stories about the cult have made me genuinely sympathetic to the fact that Moss’s family might face serious repercussions from her acting out, so to speak. (Maybe that’s a bit melodramatic. What can I say, I watch a lot of true crime.)

It’s just getting harder and harder to overlook the hypocrisy of Moss’s brand of feminist underdog character and her real-life affiliation. There’s one scene in The Shining Girls in which Kirby visits a culty storefront church where her estranged mother gathers worshippers around to lay on hands and pray for her, to Kirby’s visible bewilderment and discomfort. But she says nothing and goes along with it, as the quiet, practical character she is. The meta-ness of that moment is deeply uncomfortable. I mean, is Moss just politely along for a wacky ride, so as not to rock the boat? If that’s the case, why defend her affiliation with the church? I’ve been determined to take a generous view for so long. It’s just a shame that persistent sense of contradiction between actor and character impacts my enjoyment of what could easily be another Apple TV hit.


← The Pajiba April 2022 Book Recommendations Superpost! | 'Under the Banner of Heaven' on FX Is an Engrossing, Eye-Opening Murder Drama →