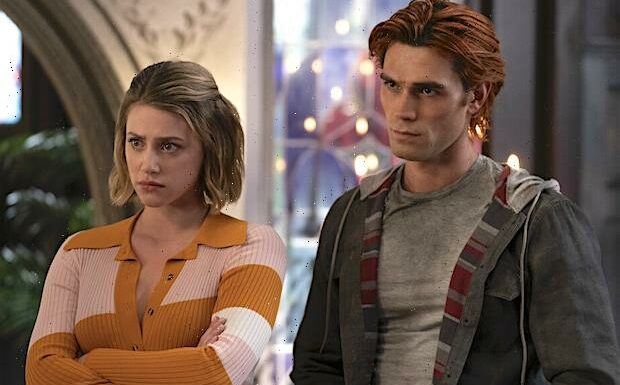 The 'Riverdale' Finale Was B-A-N-A-N-A-S

I do not enjoy Riverdale, and I haven’t since its opening season. It is not a good show. It is illogical, inconsistent, incoherent, and insipid. But you cannot say that it is predictable. That’s the thing, isn’t it: When you don’t abide by the rules of logic, you can do anything you want.

The sixth (and penultimate) season of Riverdale wrapped this week, and it felt like the longest season of television I’ve ever watched. That has a lot to do with the fact that, because of the pandemic, the 19 episode 5th season didn’t wrap until October 2021, and the 22-episode sixth season kicked off the very next month. The season started out with a six-episode arc that took place in a pocket universe called Rivervale and, interestingly, basically ended in Rivervale, as well. It centered on a new villain named Percival Perkins, a guy into witchcraft from the 17th century who struck a deal with the devil, exchanged his soul for immortality, and sought to destroy Riverdale to get revenge on their ancestors who tried to burn him at the stake.

When a bomb exploded in Riverdale, Perkins walked through a portal from Rivervale to Riverdale. Moreover, the superpowers that a Jughead in Rivervale gave his comic creations (who were based on his real-life friends) also transferred to their real-life counterparts in Riverdale. Archie became invincible; Betty could see the auras of other people; Jughead could read minds and create portals into the Rivervale universe; Cheryl gained pyrokinetic powers and mastered witchcraft; Veronica could kill people with a kiss; and Tabitha Tate gained the ability to time travel.

Tabitha’s time-traveling powers allowed her to see into the future and run thousands of scenarios — like Dr. Strange in Infinity War or Jeffrey Wright’s character in Westworld — about the showdown between Riverdale and Perkins. Jughead died in every scenario, but there were a couple where Riverdale won. In recent episodes, Perkins also killed a number of people, while Cheryl (with the help of Sabrina the Teenage Witch) brought some old friends back from the Sweet Hereafter (Heaven) and resurrected some others.

I’ll just cut to the chase here. In Part I of the finale, Tabitha was able to put a time bubble around Toni and Fangs’ infant baby — also immortal, like Perkins — and age him into a 25-year-old. I’m not sure how that works, but he basically lived 25 years of his life in 20 seconds. That struck the fear of God into Perkins, but in the final showdown with the Riverdale folks, it looked as though Perkins had bested them. But he only bested a version of them from another universe. Again, using her time travel powers, Tabitha gave Archie and Co. the ability to rebuild Pop’s diner brick-by-brick over a portal to Rivervale, so after Perkins thought he bested Jughead et. al, they not only revealed that they’d tricked him into returning to Rivervale, but they brought along Mr. Cypher — the version of Satan who lives in Rivervale’s universe — who took Perkins away for breaking his contract. Jughead didn’t die in this scenario, because Tabitha had never run future scenarios in an alternate universe.

Perkins was defeated, and all the dead people are alive again. Season over, right? Not so fast! Before Satan took him away, Perkins cast a spell that ensured that Bailey’s Comet would crash into Riverdale and kill everyone. That same spell also created a barrier around Riverdale so that no one could escape. So, how do you defeat a cataclysmic comet hurtling toward Riverdale? The long and short of it is basically this: After Archie and Betty got engaged (which no longer matters, see below), Veronica used her deadly venomous spit and absorbed all of the characters’ superpowers and transferred them to Cheryl through a kiss.

are you telling me i have to start watching riverdale again pic.twitter.com/2kRFj9qdKg

Using the powers of her witchcraft — plus the advice of an ancestor who used to inhabit Cheryl’s body but is now trapped in a porcelain doll except when Cheryl lets her out to have sex with an ancestor of Toni’s — Cheryl was able to turn into the Scarlet Witch and shoot fire from her hands and melt the comet before it destroyed Riverdale.

if you told me in 2018 that cheryl was going to save riverdale by the power of lesbianism and being literally scarlet witch i would have laughed in your face pic.twitter.com/PmZnVaMzqc

However, twist! Somehow, by stopping the comet, all of the Riverdale characters found themselves as teenagers again in 1955. In other words, the seventh season will begin in the version of Riverdale best known from the Archie comics.