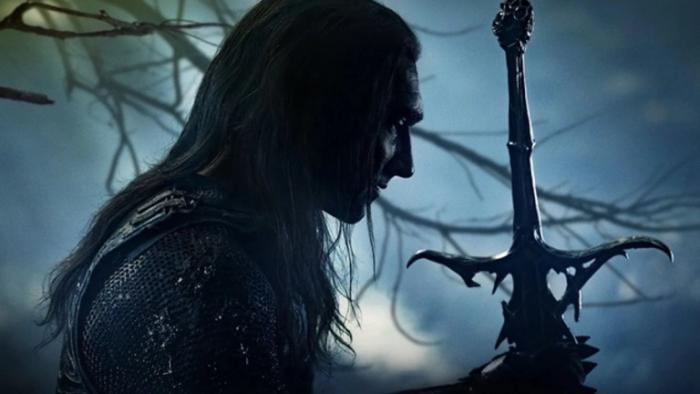 'The Rings of Power': Adar Appears

As The Rings of Power finds its footing, it picks a few characters to follow each week, and it’s working so far. With a few big reveals this week it makes sense to go over exactly what happened to whom, and why.

Queen Regent Míriel is having prophetic dreams of Númenor’s destruction as it’s swallowed by the sea from which it was once raised. Why? Good question. Galadriel believes it’s because the island nation no longer maintains its relationship with the Elves. Míriel is less sure, but believes taking care of her people means getting Galadriel off the island as soon as possible. When Galadriel pushes back and demands to see the King, she’s imprisoned. Meanwhile, Captain Elendil’s daughter Eärien has a moment with Kemen, son of Chancellor Pharazôn. Given the families’ different viewpoints — Elendil’s lineage believes in the Elves, while Pharazôn is a demagogue scapegoating the Elves to improve his own popularity, definitely not a character that correlates to anyone in our time — they seem like the series’ Romeo & Juliet, if Arondir and Bronwyn weren’t already in that role. She’s doing better than Isildur, however, who decides that a life at sea is not for him, and deliberately throws away his chance to join the Sea Guard in the vague hope of something better, perhaps as lead vocals for a Christian rock band.

Speaking of Arondir, it’s thanks to him we get our first glimpse of one of this season’s primary antagonists, Adar (Joseph Mawle). Opinions differ on whether he looks more like an undead Tom Wambsgans or a young Brent Spiner, but either way, he’s creepy and manipulative, with Elf-like features but twisted, an amalgamation of Elf and Orc. He seems to grieve over the dying Magrot before mercy killing the Orc, and thoroughly unsettles Arondir by speaking perfect Quenya and knowing details about the Elf’s long-vanished homeland he should not. The Orcs call him “father” and Arondir wants to know why, but rather than answer Adar sends him on his way with a message for the Men hiding in the watchtower after fleeing the Orc invasion.

Bronwyn and Theo are there, having a tough time of it. More peasants arrive all the time, from destroyed homesteads and villages in the surrounding area. Supplies are running short, and Bronwyn’s authority is being challenged by both her son and unpleasant, clearly misogynistic old farmer Waldreg. Theo wants to sneak back to the village during the day and steal food from right under the Orcs’ nose, but Bronwyn refuses to let him go. Like a proper teenager, Theo ignores his mother and makes a supply run that goes wrong almost immediately. He cuts himself with the hilt of Sauron’s sword and brings the blade back to defend himself, alerting the Orcs to its location. He attempts to stealth away but is captured and nearly killed before Arondir rescues him, and then it’s another slow-motion battle. Eons pass as we wait for Arondir’s inevitable victory, and he gives Adar’s message to Bronwyn; Surrender, relinquish all claim to the surrounding lands, and swear fealty to Adar, or feed the Orcs with their bodies. Meanwhile, Waldreg’s figured out Theo took the sword hilt from his root cellar and starts indoctrinating the boy into worship of Sauron.

Over in Khazad-dûm, Elrond’s becoming impatient with Disa and Durin’s deceptions. He knows there’s something wrong, and I think he’s genuinely hurt that his friend won’t confide in him. He follows Durin and, after being sworn to secrecy, learns the Dwarves have discovered a new metal they dub mithril. Lighter than silk, stronger than iron, Durin’s father has insisted on caution as they dig deeper for it. It runs through the mountains and is challenging to mine, as Elrond discovers when a shaft collapses while he’s with Durin. All the miners survive, but it’s a close call. Durin’s father orders the vein sealed off entirely, but Elrond manages to soothe the younger Dwarf’s anger and bring father and son closer together. The two remain suspicious of Gil-Galad, the Elf king whose project with Celebrimbor brought Elrond back to the Dwarven city. The younger Durin trusts his friend, however, and agrees to travel with him to Lindon to gain more knowledge of this new project and perhaps discover Gil-Galad’s ulterior motive.

Míriel chooses to banish Galadriel from Númenor, but the warrior will not go quietly. She breaks into the King’s tower only to find him bedridden and near death. Míriel confronts her, and they have a frank discussion of her fears for the island. Galadriel is even given a glimpse of the island’s destruction through a palantír. Míriel is determined to see her gone but as Galadriel is slowly rowed away from the island, petals begin to fall from Nimloth, the White Tree of Númenor. It’s said to be a sign from the Valar that a choice is upon them, and Míriel makes the right one. She and other volunteers will sail with Galadriel back to Middle-Earth to save the Southlands from the Orcs’ invasion. Isildur and his friends, left without prospects, are among the first to volunteer.

The longer this story goes on, the more I’m reminded of Middle-Earth: Shadow of War from Monolith Productions. The 2017 multi-platform, open-world game takes place in the “present” era of Middle-Earth, in the decades between The Hobbit and LotR. SoW and its prequel, Shadow of Mordor, chronicles the creation of the Rings of Power through flashbacks from the perspective of Celebrimbor’s ghost. The tale of Gondorian Ranger Talion’s quest for revenge delves into Orc culture much more than Tolkien’s original stories. And they do have a culture, albeit one built around conquest and treachery. The glimpses of Orcish relations so far in TRoP suggests a very similar build with some reverence for their leaders but contentious relationships at the grunt level. The games also featured an elaborate Nemesis system, where Orc captains you fought but failed to kill would return seeking revenge, armed with powerful new attributes and wounds left from your previous encounters. There’s nothing like getting jumped by an Orc you kicked through a campfire, amputated an arm and leg, who can only howl in rage because the pain has driven him insane. Theo’s retreat from the village was a perfect stealth mission, only missing alert icons over the heads of his enemies. Seriously; if you’re a gamer and RoP fan, give these two a try. I’m pretty sure I just talked myself into giving up on Yakuza: Like a Dragon and diving back into Mordor. There’s Orcs that need killing.

I’m curious how Míriel’s actions will affect the story. In the original telling, the Númenoreans fall under Sauron’s sway and sail west to seize the Undying Lands, only to have their civilization destroyed as a result. I assume that with Míriel gone, Pharazôn may take over and bring the island back to its Elf-hating ways. Only time will tell. Theo remains annoying; part of me hopes he goes full Dark Side so I can hate him properly. Spending much time with Waldreg can’t be good; if incels were a thing in Middle-Earth, he would qualify. He might not get the chance, though, now that Adar knows where to find the hilt. Is Adar Sauron in one of his many guises? Like Arondir, Adar is a new invention of the writers, and so only time will tell. Given the Orcs call him “Father,” I assume he either truly is Sauron, or has at least conned the Orcs into believing he is. If he is, it begs the question of how swiftly he can travel from place to place, as he’s instrumental in both the creation of the rings with Celebrimbor, in one guise, and in the fall of Númenor in another. The dude gets around. We’ll soon see if Annatar, Lord of Gifts, makes an appearance in Lindor. Halfway through the first season, the series continues to improve, and we’ll see what this week’s episode brings.


← 'Dredd' 10th Anniversary Of Karl Urban Protecting Mega-City One As Judge, Jury, And Executioner | Did You Know That Eva Mendes Has a Sponge Line? → 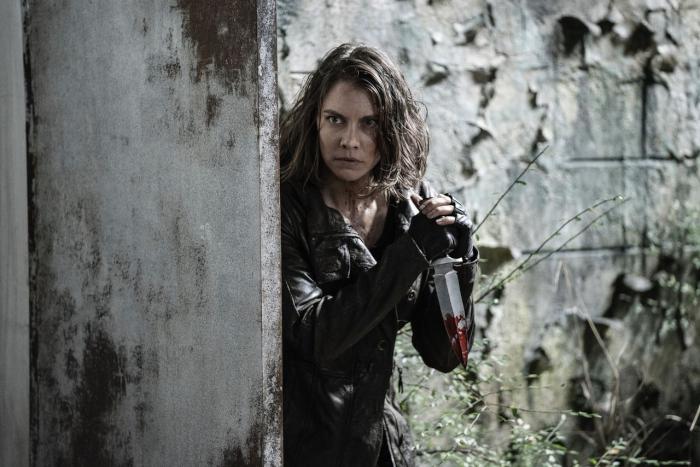