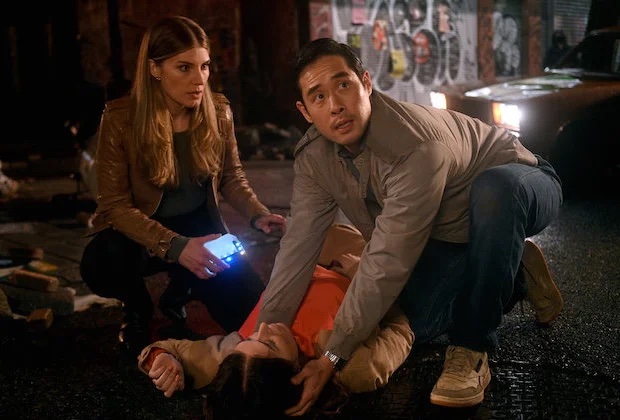 We don’t talk about it enough, probably because the show has been off the air for nearly 30 years and it doesn’t involve muscular superheroes and their bare asses, but the Quantum Leap finale remains one of the most disappointing finales of all time. Seinfeld has nothing on Quantum Leap. It is original series-finale of Dexter bad.

At least the original Quantum Leap had an excuse. The show was unexpectedly canceled, and the creator Donald Belisario had to quickly refashion a season finale into a series finale. The result is complete nonsense that did nothing to answer the series-long questions: Who really developed the Quantum Leap accelerator? (Sam, probably). Who was Sam before he began leaping? What was the “unknown force” that was driving him?

More information has surfaced about the plot of the Quantum Leap reboot, and the good news is: Part of the premise, at least, is to answer those questions that remain unanswered after the original series.

“It’s been 30 years since Dr. Sam Beckett stepped into the Quantum Leap accelerator and vanished. Now a new team has been assembled to restart the project in the hopes of understanding the mysteries behind the machine and the man who created it.”

OK, cool. But this is a broadcast network series, and it could run for 13 episodes or 13 years, and there’s still no guarantee that it won’t be canceled before the writers figure out what the unknown force is. Presumably, we will at least find some clues along the way.

Meanwhile, the reboot kicks off when Ben (Raymond Lee) “makes an unauthorized leap into the past, leaving the team behind to solve the mystery of why he did it. At Ben’s side throughout his leaps is Addison (Caitlin Bassett), who appears in the form of a hologram only Ben can see and hear. She’s a decorated Army veteran who brings level-headed precision to her job.”

OK, one of the things I never understood about the original, and apparently also the reboot is where is this hologram beaming from? Is Addison (and previously Al) in the real world? Why doesn’t someone just find Addison and ask her to ask Ben why he did it? 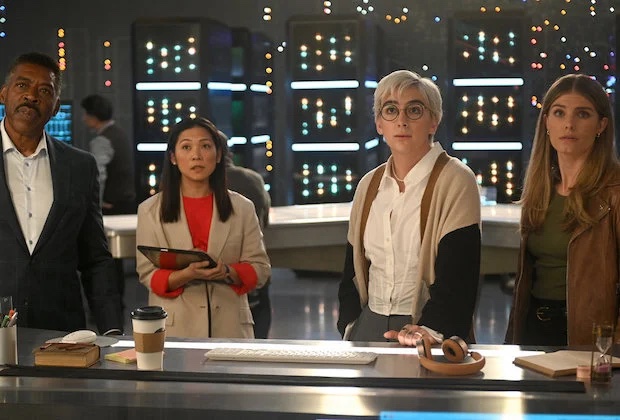 Here’s the rest of the show’s premise:

“At the helm of the highly confidential operation is Herbert ‘Magic’ Williams (Ernie Hudson), a no-nonsense career military man who has to answer to his bosses who won’t be happy once they learn about the breach of protocol. The rest of the team at headquarters includes Ian Wright (Mason Alexander Park), who runs the Artificial Intelligence unit “Ziggy,” and Jenn Chou (Nanrisa Lee), who heads up digital security for the project.

As Ben leaps from life to life, putting right what once went wrong, it becomes clear that he and the team are on a thrilling journey. However, Addison, Magic, Ian, and Jenn know that if they are going to solve the mystery of Ben’s leap and bring him home, they must act fast or lose him forever.”

OK, but again, like, how fast? 13-episodes fast? Or thirteen years fast?

It does appear, anyway, that the behind-the-scenes folks — Ernie Hudson, Mason Alexander Park, Nanrisa Lee — will have a much bigger role in the reboot than their mostly non-existent counterparts from the original (save for Gooshie). Will there be an A-plot and a B-plot in each episode then? Will they send more leapers in after Ben? Will there be some romantic shenanigans back at the office?

I’d sure like to see a trailer soon. The reboot has already been placed on the fall schedule. It will premiere on Monday, Sept. 19th. Wait? They’re putting this up against Monday Night Football? We’re never going to get answers, are we?