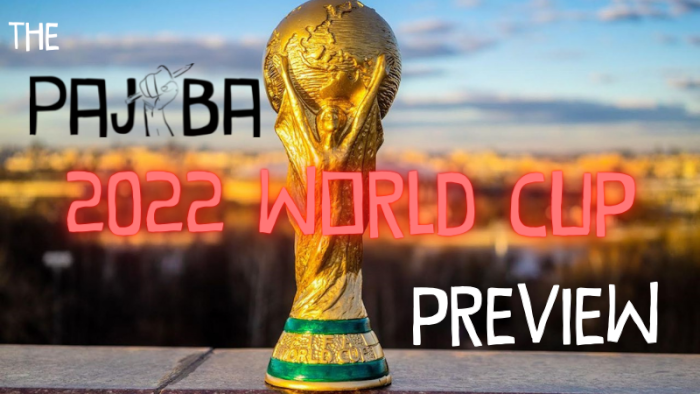 The World Cup Starts this weekend and Pajiba has everything you need to get you ready for the big event.

First of all, what’s the World Cup? For those of you that aren’t sportsball aficionados, this is an event that happens every four years to decide the best team in men’s soccer. There’s also the women’s World Cup of soccer, which is superior in just about every way except for the pace of play, shot speed, and overt narcissism. The women are tougher, don’t flop to draw penalties, don’t obsess about their hairdos, and don’t whine about every call.

But for the next few weeks it’s all about the men, and that means drama!

There’s always a lot of political infighting and billion-dollar subtexts surrounding every world cup but not this one. This one has zero problems and is completely free of contentiousness if you don’t count bribery, slave labor, 14th-century theocratic regimes, sportswashing, and extortion. If you do count those things then this World Cup is the worst one to ever take place and it’s not close. But then again, a guy who ran a failed coup just announced his candidacy for the highest office in the land, and Mitch McConnell was confirmed as Senate Minority Leader, so who am I to throw stones?

This year, the world travels to Qatar, pronounced CRATER based on what an asteroid should have done to it if the laws of Karma are a thing. Qatar: come for the only Q without a U after it and stay for the Sharia Law! Tourists are reminded that female tourists are advised not to wear leggings, miniskirts, sleeveless dresses, and short or tight clothing in public, or they might be subjected to … let’s see here … flogging or stoning.

Total costs of the FIFA World Cup tournaments so far:

But fuck it, let’s escape into the soccer of it all.

Who’s in the tournament?

Here’s a list of the teams that have made it to the big show. Every year, 32 countries send their finest and really only about 6-8 have a prayer of winning it. It’s like The Hunger Games where teams like Brazil and France are Districts 1 and 2 and the rest are lambs to the slaughter. Still, every World Cup there are surprises. Maybe it’s Croatia this year. Maybe one of the African teams does better than expected. 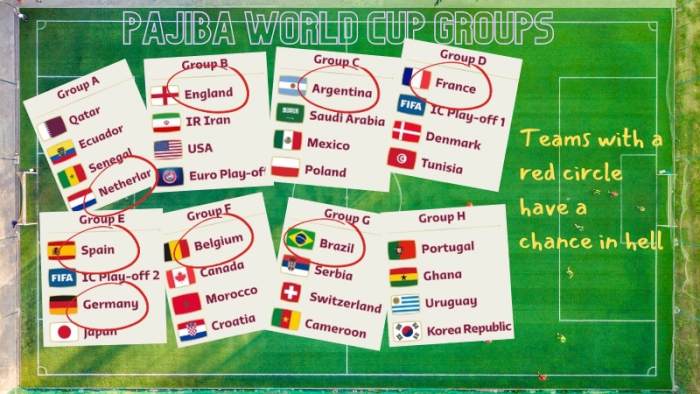 In general, most pundits expect it to play out something like this: 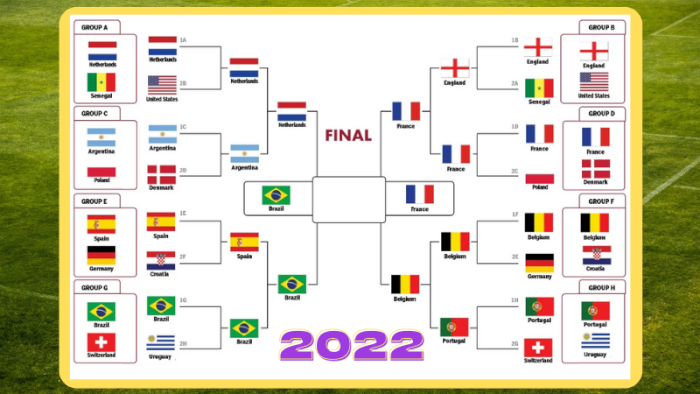 For many people, there’s a hope that Argentina can send international legend Lionel Messi into the winner’s circle in what is likely his last World Cup. In the past, Argentina didn’t have enough of a supporting cast to challenge the favorites, but this time? If you squint and there are a few bounces that go Argentina’s way? It’s in the realm of possibility.

Here’s a nice shot of Argentinian pals relaxing, and I assume, planning which unmarked parts of their skin to decorate.

🗣 Papu Gómez: "Me, Leo [Messi] and Rodri [De Paul] are only ones who get up early in the morning and drink mate together. That little moment when we have little privacy and talking about things is pure intimacy. It’s the most beautiful and spontaneous thing there is.” 🧉💙 pic.twitter.com/wi0B6RkSmn

The Argentinians can put some stock on this Oxford mathematical model, which has them only behind Brazil in probability of victory.

This attack is just insane! 😳🔥 pic.twitter.com/JZqfNKeS7l


But can they play together as a united squad or will they fare more like an all-star team? We’ll soon find out. They’re scary as hell.

This is why Brazil are 𝗮𝗹𝘄𝗮𝘆𝘀 favourites for the World Cup 👊 pic.twitter.com/JS6WLKrohi


Elsewhere you have the European teams. I’m not going to go into detail about them except to say that I never count the Germans out until they’re officially out. But I’m not going to spend any more time talking about gameplay and ability when I can pivot to a much more important topic: uniforms. Starting with the fact there’s a huge hubbub over the darker blue shade of the French kits. 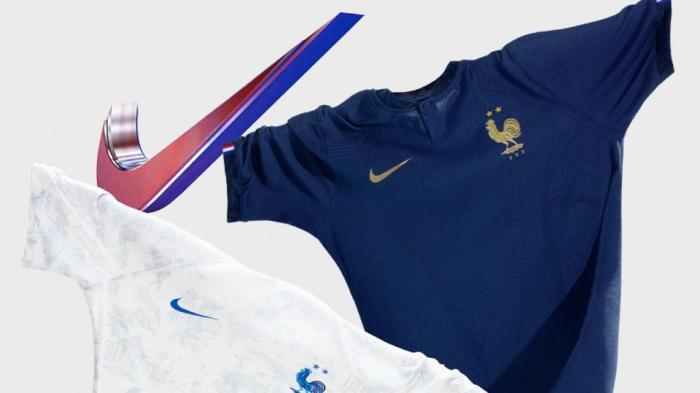 While we’re on the subject of kits, I love the Danish kit statement…

This shirt carries with it a message.

We don't wish to be visible during a tournament that has cost thousands of people their lives.

We support the Danish national team all the way, but that isn't the same as supporting Qatar as a host nation. pic.twitter.com/7bgMgK7WzS

And here are some of the cooler kits being worn in this year’s world cup.

The simplicity of Ghana’s uniform is lovely.

I also love the look of the Wales kit.

On the flip side, I’m not a fan of the weird sheen of the new Netherlands kits, but it may grow on my when I see it in action. 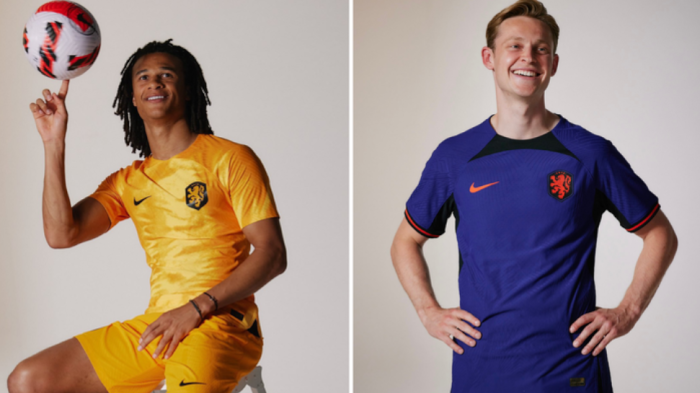 The US kits are a bit of a headscratcher, and to my eye are similar enough to the Paris Saint-Germain kits to feel underwhelming. 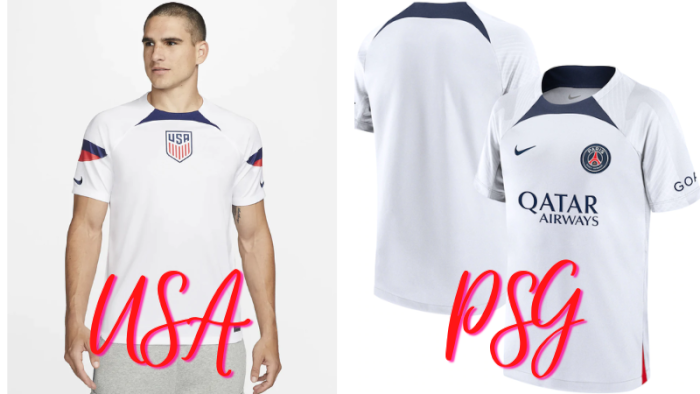 It’s fine because the USA will be in this tournament for like 8 minutes before they’re eliminated.

At least they get a new kit to show off. Canada qualified for the first time since 1986 and is wearing their shitty old kits. I have no idea what that’s all aboot and I love me the Canucks but that’s just ridiculous. Canada is the only team at the World Cup without a new kit. My guess is that no one expected Canada to qualify and all of the national soccer kit budget gets siphoned away every year to buy Zambonis and pucks.

The Belgian Kits have Guy Fieri sleeves, which looks kind of nuts to me, but in a weird way I’m sort of attracted to the person in the Belgian organization that was like “fuck it. Let’s go with Vulcan arms.” 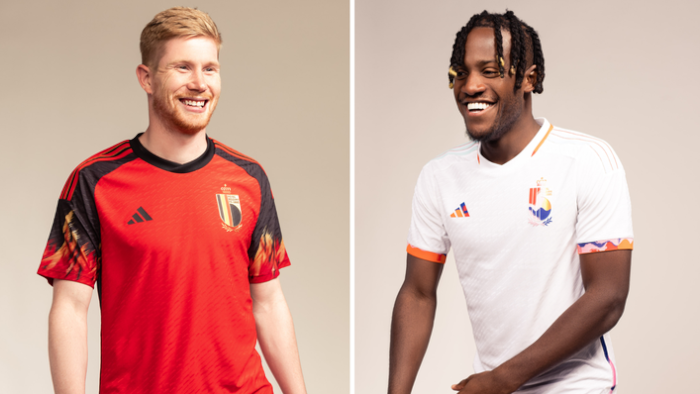 Here’s a video of the match schedule, read by a robot. I suggest muting it if you want to keep your life force intact.


I’ll leave predictions to the pundits and FIFA die-hards. There’s usually a Cinderella team that wows everyone in the early rounds, only to eventually get vanquished by one of the perennial favorites, so I try to do what I’ve learned to do with hope since 2016, bury it deep, deep down inside where it can never hurt me.

The games begin this Sunday, November 20th with host Qatar taking on Ecuador at 11 am EST.