If you follow me on Twitter (which, I get if you don’t, I do a lot of thirst tweeting on there), you probably know that I have been obsessed with The Last Dance. Obsessed! I grew up watching all kinds of sports with my dad, I have very fond memories of the dominance of the Chicago Bulls in the ’90s, I do think Michael Jordan was the best basketball player of all time in terms of sheer talent and workmanship and athleticism, and The Last Dance has tapped into an undeniable nostalgia for that time.

Yes, our world has become increasingly connected, there are greater opportunities for traditionally marginalized voices in our cultural conversations, and superstars have more means than ever to connect with fans through social media and other avenues. But the most omnipresent figures of the 1990s—like MJ—retain unparalleled significance. The Last Dance has undoubtedly been so popular because, to be frank, there are no team sports on right now; that helps explain how the 10-episode miniseries consistently drew viewership numbers averaging 5.6 million. The episodes are frustratingly edited, often jumping back and forth between present day, archival footage, and tons of unaired content from the 1997-1998 season. That year was “the Last Dance” referenced in the series’s title, when the Chicago Bulls led by MJ, Scottie Pippen, and Dennis Rodman and coached by Phil Jackson were making their last run for the title, and when the team allowed a camera crew to follow them around. Yet my structural issues with the doc aside, I cannot discredit MJ’s own appeal, and especially his appeal within this miniseries. 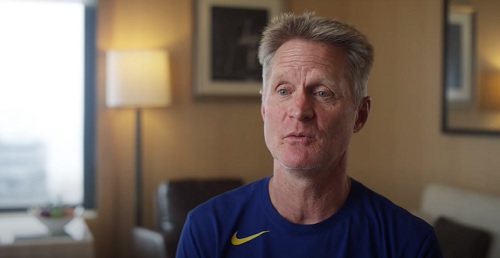 The man is petty. He holds grudges. He rolls his eyes at former rivals, before discrediting them as even being real rivals at all. He is barely repentant for pushing his teammates past their limits. He does not hide his disdain for Bulls manager Jerry Krause or team owner Reinsdorf. MJ seems borderline sociopathic, an enthralling manifestation of the “greed is good” ideology of the 1980s, and I could not stop watching. And The Last Dance knows exactly how to spin this presentation of MJ as a man whose obsession with winning is a good thing. More than once he says something along the lines of “win at any cost”—bully your teammates if you have to, mock them on camera, push them around in practice (he admits to punching Steve Kerr in the eye), call out your team management during interviews and press conferences. Win, no matter what. It’s like he took his endorser Nike’s “Just do it” slogan and tattooed it on his heart, and his fellow teammates thank him for it. They did, in fact, benefit from MJ’s zeal—they won six championships in eight years. They accomplished some unprecedented shit. Notice how no one really says “MJ was a good dude,” because that’s not really what The Last Dance is about. This is about retaining the myth of MJ, and The Last Dance is very effective at doing that.

This is probably because MJ himself and the NBA were involved in the making of the documentary; MJ actually had final say in what footage got used. Think of how whenever someone says something critical of MJ—Gary “The Glove” Payton, of the Seattle SuperSonics, who faced MJ in the 1996 finals, or Isiah Thomas, leader of the Bad Boys, whose Detroit Pistons beat the Bulls in the 1988, 1989, and 1990 Eastern Conference playoffs before being swept by them in 1991—MJ gets handed a tablet so he can watch the offender, laugh them off, and once again reiterate his own dominance. That made for excellent TV (and some fantastic memes!), but this is MJ controlling the narrative. This is not objectivity.

I struggle with this so much because, these complaints aside, goddammit, is The Last Dance entertaining and affecting! I cried when MJ won that 1996 championship on Father’s Day, and wept in the locker room, curled on the floor, clearly thinking about his murdered father! That was unbelievable! So was the segment on Steve Kerr, whose father was murdered while he was the president of the American University of Beirut! To the credit of The Last Dance, it does not shy away from emotional depth! And more than anything, it reminds me of Beyoncé’s Homecoming, another documentary project from an A-lister that relied on access to a private cache of unreleased footage and was told from the subject’s perspective. (There is a whole other conversation to be had here about these mega stars who happen to be black Americans refusing to let others dictate their experiences, and the reclaiming power of telling their narratives themselves, and the rejection of “objectivity” on someone else’s terms for subjectivity on their own terms. But that’s a discussion for another time!) It’s self-mythologization, but when we’re let into these secret moments—when we see Beyoncé’s hours of practice for Coachella, or we see MJ backstage with his security guys, gambling—we trust these people a little more.

These are pop culture gods, and they let us inside the vault! It’s all very savvy, and it makes for a collective viewing experience that we haven’t had since we all shat together on the final season of Game of Thrones last year. And as more stories leak out about the production of The Last Dance (that, for example, Rodman agreed to only 10 minutes of interview time, actually sat for 2 hours, and requested a tuna salad sub to eat during the interview), their peculiarity inspires even more affection in us as viewers, and reminds us how fucking good these players were. Holy shit, were MJ and Pip and Dennis great at their jobs. Remember Carmen Electra? I had kind of forgotten! She looks amazing!

What lingers for me, though, after The Last Dance are two questions, one about the documentary itself and one about what comes after it. First: Did the production team who did so much work in tracking down players, trainers, coaches, family members, all these people from MJ’s inner circle, not think they should also track down the people MJ shit talks outside of basketball, too? Because that story about the Flu Game becoming the Food Poisoning Game is already being discredited by someone claiming to be the pizza delivery guy from that night. Craig Fite posted on Facebook denying the incident and called into a local radio show in Utah to discuss it; you can also read some of his remarks, including this claim: “My son’s named after Michael Jordan so it’s kind of funny.”

It probably would have been pretty easy to find this guy, and at least include his perspective in The Last Dance. Why not do it? (And there are some other questions about this whole anecdote that The Ringer explores). We know why: Because MJ wants to tell this story. This is wanting to win at all costs. We already learned from The Last Dance that MJ used to imagine slights from other players as a way to motivate himself. Doesn’t this story seem a little bit like that?

And my second question goes back to the idea of a monoculture, and the sprawling impact that a figure like MJ had: Is it possible to even make documentaries like this from an outside perspective? The access MJ provided was the key to making The Last Dance so engrossing, and to tapping into a nostalgic desire we’re all feeling right now as we long for a simpler time. But what do we trade critically as a result? What interviews would we have seen if MJ didn’t get final approval here? What might people have said differently? What do we acquiesce by accepting the narrative of the winners? Does that make the losers … us?

The Last Dance aired on ESPN from April 19 through May 17 and will air in reruns on ABC starting on May 23. 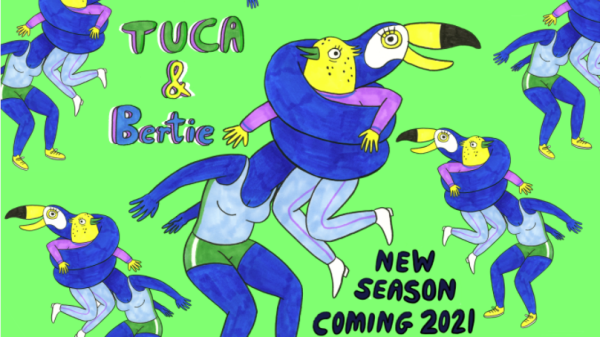 Review: You’ve Seen ‘The Lovebirds’ Countless Times Before, and I’m Not Quite Sure That Issa Rae and Kumail Nanjiani Actually Save It