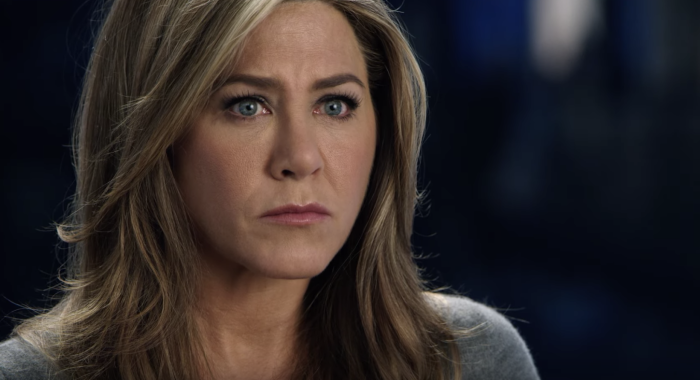 Maybe you thought you’d be able to bypass Apple+ in the oncoming streaming wars and save yourself $10 or $15, and you still can, but if the full trailer for The Morning Show is any indication, you’re going to be missing what appears to be a great drama. The series stars Jennifer Aniston, Steve Carell, and Reese Witherspoon, who are all great, but it’s the supporting actors that I’m actually as excited about: Gugu Mbatha-Raw, Mark Duplass, and oily Billy Crudup.

Now, I really want to see it, but also, I still don’t really understand how AppleTV+ is going to work. We don’t have an exact launch date (sometime in the fall); no idea how much it’s going to cost ($7-$12), or what other shows will launch along with it, although, there is a lot of talent in the programs they’re developing. Oprah is gonna be on. Spielberg’s gonna relaunch Amazing Stories. Aaron Paul and Octavia Spencer are going to star in a series reportedly inspired by the phenomenal third season of the Serial podcast. JJ Abrams has a comedy series brewing with Sara Bareilles. Kumail Nanjiani and Emily v. Gordon will have a half-hour anthology series; Jason Momoa will star in a very expensive sci-fi postapocalyptic show; M. Night Shyamalan has a psychological thriller; Rob McElhenney and co-star Charlie Day are producing a comedy; Brie Larson is starring in a CIA series and much, much more.

The Morning Show, however, appears to be AppleTV+’s House of Cards, the show that will launch the streaming service, so there’s a lot riding on it. Based on the trailer, we’re going to have a very difficult time not subscribing.