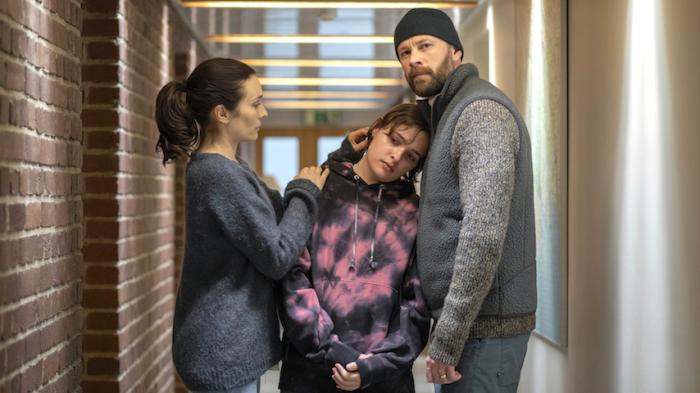 Friday Night Lights is one of my all-time favorite shows. I loved Peter Berg’s movie. I read Buzz Bissinger’s book. The first season of FNL was one of my representatives in the 20 best seasons of TV in the last 20 years way back when. During the height of the pandemic, before Ted Lasso came along, it was the show I turned to for comfort.

As family dramas go, it is amazing. As inspiring sportsball stories go, it is nearly unparalleled. As a model for marriage, you cannot do better than Coach and Tami. There is a tremendous amount of warmth and compassion in Friday Night Lights, and few shows have driven me to be a better person.

But Friday Night Lights doesn’t know sh*t about rape culture.*
The irony is rich because in a town where football is paramount, and where players are prized above all else, a high-school football star’s level of entitlement will almost certainly extend to the way they interact with women, no matter how good a coach they might have.

Friday Night Lights, alas, is fiction, because most boys driven to “take what is theirs” at all cost, or who are valued for their aggressiveness, for their ability to hurt other people, and for their ability to win no matter what are usually not the sweet boys next door like Matt Saracen or the brooding laid back Tim Riggins. The thoughtful, soulful Landry Clarke would not have landed a roster spot on the best team in the state of Texas.

When I listened to the Fredrik Backman audiobook, Beartown, so perfectly read by Marin Ireland, I think I got so hung up on the intimate depictions of these characters and the warmth of Backman’s writing that I missed the overarching theme of Beartown so successfully distilled by a five-episode HBO series that didn’t have time to settle in and draw a dozen fully-formed characters.

The chief focus of Beartown is the rape that Kevin, the star of Beartown’s hockey team, commits on a teenage girl, Maya, during a victory party. Maya also happens to be the daughter of the hockey team’s coach, Peter. Like Dillon in Friday Night Lights, the town of Beartown is steeped in the culture of its team. It is everything to the townspeople, who depend on the hockey team to keep Beartown alive.

Ultimately, the story of Beartown is that of a small town that essentially enables Kevin to rape Maya, and that means everyone from the hockey fans in the stands to the coach himself, who instills values in these teenagers about hockey that naturally spill over into the way they treat women. If you are a player who is told to go out on the hockey rink and take what belongs to you, and the town celebrates your ability to do just that, then what do you think the town will do when the star player locks a drunk teenage girl in a room and takes what he thinks belongs to him?

The painful lesson of Beartown is that Peter — an otherwise caring, loving father — never considered the consequences of the very culture that he helped to perpetuate until it affected his own daughter. That’s a lesson, thankfully, that Coach Taylor never had to endure himself.

(* ‘FNL’ did clumsily address Tyra’s sexual assault in season two, but it was committed by a stalker and was distinct from the football culture of Dillon.)


← After Losing A Million Viewers, What Has Changed About 'The Ellen DeGeneres Show'? | 5 Shows After Dark: 'The Day Sports Stood Still' on HBO, 'Riverdale' on The CW →