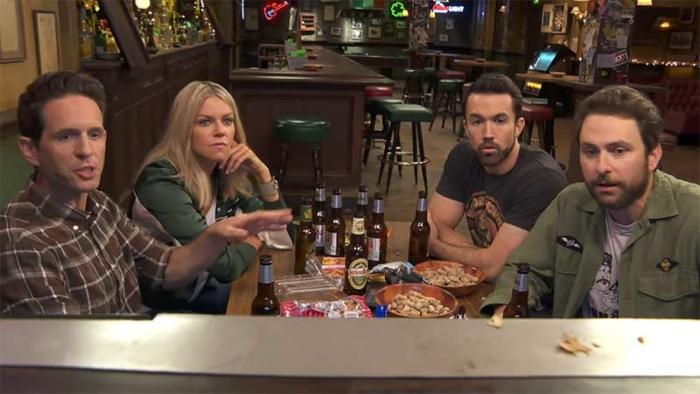 In 2011, however, Charlie Day was the first to strike out on his own in a big way, landing one of the lead roles in Horrible Bosses, a movie that made over $200 million worldwide and spawned a sequel. Day has since stayed mostly in the movie lane, starring in Fist Fight, Pacific Rim and its sequel. Kaitlin Olson was next, jumping over to Fox and doing the sorely underappreciated and canceled too-soon The Mick while also maintaining her duties on It’s Always Sunny. Glen Howerton soon followed — he’d done long arcs on both Fargo and The Mindy Project, but in 2018, he starred in his own show, A.P. Bio, which also ran for two seasons on NBC before being canceled by the network only to be picked up by the NBCUniversal streaming service.

Rob McEllhenney, who from what I have gathered from podcasts is the biggest workhorse on It’s Always Sunny — writing, starring, producing, and running the show — hasn’t taken a big leap outside of the FXX series yet. After all, he has spent a lot of his time offseason gaining weight (Fat Mac), then getting cut (Jacked Mac), and then spending months learning to master one dance routine, which produced arguably the greatest ever episode of It’s Always Sunny (Heartbreaking Mac).

The gang will kick off season 14 later this month (and the trailer is below), but in the meantime, the cast is also fielding more projects. Howerton will remain on A.P. Bio for at least one more season, which will debut in 2020. Charlie Day has written and directed a movie he will also star in along with Kate Beckinsale and Jason Sudeikis called El Tonto about a deaf-mute who becomes a celebrity and loses it all. Meanwhile, Kaitlin Olson is jumping back into another television series for Quibi alongside Eva Longoria and Will Forte. It’s called Flipped and it’s about self-proclaimed home renovation experts whose basic cable dreams are derailed when they’re kidnapped by a drug cartel and forced to renovate their homes.

Meanwhile, Rob McEllhenney is finally striking out on his own, too. He and Charlie Day created a sitcom for Apple+ that McEllhenney will also star in called Mythic Quest, an office place comedy set in “a video game development studio and will explore the intricacies of the human condition through hilarious and innovative ways.” Here’s the trailer for it, starting at the 2:55 mark.

It also stars Danny Pudi, David Hornsby, and F. Murray Abraham. It’s already filmed its first season, so I expect it will launch with Apple+.

In other words, the cast does brilliant work together, but they’re also doing just fine apart from one another. However, I hope none of the four ever gets so big that they stop making It’s Always Sunny episodes. Speaking of which, here’s the trailer for season 14, which premieres on September 25th.

← #TrumpSharpie Is Trending On Twitter In Reaction To His Hurricane Map Edits | And Now, For No Reason Whatsoever, A Granny At A Metal Concert →