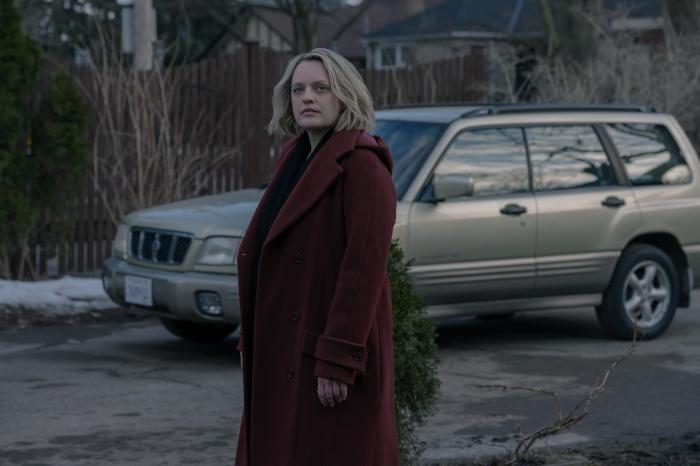 ‘The Handmaid’s Tale’ Finale Recap: Just Another Prick on the Wall

Previously, on The Handmaid’s Tale: Menfolk had plans. Some of them didn’t work. A couple of them did. Fred made a deal with Tuello, agreeing to spill his guts to save his guts, after it became clear Gilead wasn’t coming to save him. June was rightfully furious but aimed that fury at Tuello, swearing to kill him. So, cheery all round! Here’s my recap for episode 9 if you missed it!

This week: June takes a deep breath and a page out of Tuello’s book for a change, as she comes up with a solution to the Great Fred Problem. Spoilers are ahead for the finale — will bad things finally happen to bad people?

At first, it seemed all was lost. Fred was delivering the goods; Serena was sitting smug; the case against the Waterfords was on the verge of being dropped in light of Fred’s cooperation with the Americans against Gilead. Moira wasn’t quite ready to give up, but her plan to get June to plead her case in Geneva was always an optimistic long shot.

It would take imagination, deviousness, and ruthlessness to defeat Fred. It would take Offred. What would Offred do? becomes the theme for this finale, and it’s an uncomfortable theme as much as it is a neat narrative twist. Become Offred to be rid of Fred. She’s tried on a few pseudo-Gileadean identities this season, so it’s an awful homecoming of sorts.

Fred: It’s funny, to find myself missing her.

Fred: Offred. I realise that must sound…strange to you.

Careful what you wish for, Freddy, because Offred didn’t just play Scrabble and look obedient, and June doesn’t need to don the red robes and white bonnet to become Offred; instead, she must only channel her darker self. Offred got things done. She endured. She played people. She rescued others when she couldn’t get Hannah. She killed a High Commander with a pen. June resurrects Offred in the way she manipulates Fred, how she schemes with Lawrence and Nick, and finally how she hits Fred with Handmaid Justice. I think it’s meant to be poetic justice, but it just shows how Gilead is within you all along. There’s no true escape. Even Rita keeps falling into her old role. It’s awful, reassuringly familiar and easy. Becoming Offred is almost a vacation from the day-to-day pain of being June, and a gory shortcut to closure rather than doing the hard work of healing. Can you enjoy something without approving of it? That’s where I am with this episode.

It’s not all moral quandary though; Fred is irredeemably awful, and will never show true remorse. His miraculous apology only expresses regret for how June suffered as a mother, not how she continued to suffer in his house, in the horrors of the regime he helped establish. He can’t be made to see that he was wrong, especially not with Serena egging him on and insisting that he is treated with respect. (Why should Canadians refer to him as Commander? Commander of what? Pouting? Beards?) Also, Tuello is 100% crushing on Serena, and, dude, what have you been watching?

If you spent the whole scene between June and Fred waiting for her to stab him with a pen, you’re not alone. At first, I thought Fred must be a complete moron to fall for it, but really his colossal vanity did most of the work for her. He’s too busy feeling pleased with himself to notice June’s shark eyes.

“I’m going to put Fred on the Wall. On the fucking Wall.”

Fred’s not going to get a redemptive arc, or even an ‘Oh God, what have I done’ moment, so the only satisfying resolution to his story would be for him to lose it all and fear for his life. When Canada, America, and the ICC won’t play along in this, there’s only one place that will provide that. Fortunately, Fred betrayed them hard about five minutes ago, and Lawrence has already established a principle of haggling that June can use to inspire her plan.

Finally some strategy! Gilead won’t let Hannah go, but they can trade 22 rebel women for one traitor man. (Valuing men more than women really comes back to bite them in the bum with the international exchange rate, huh?) Tuello’s got the intel he needs already, and can be pressured into some morally shady dealing. You feel bad about letting Fred go, Tuello? June can fix that! Don’t worry, Fred will be fine. And even if he, uh, isn’t, that will just mean that Serena is single again! You get to save 22 resistance fighters and wash your hands of that unpleasant Waterford dude. Don’t you worry your manly dimpled chin about what happens next. Hush. Ignore the small print.

Luke and Moira are under the impression that the trade is the end of the plan as well, and with that, June cuts out the only people who have a gentle influence on her. She needs the rest of Handmaids Anonymous instead, and the fury she drew out of them.

That moment where Fred finds out he’s not going to Geneva and his face falls? That’s what I’m here for. Nick’s big moment — bundling Fred inside the back of a black van — sure, I’ll take it. None of this could have happened without you, Nick.

Never have the contrasts between Nick and Luke been so stark. Nick is in on the plan; Luke is in the dark. Nick delivers Fred to June with a smile and a snog; Luke views the resulting bloodstains with horror. Nick is Offred’s; Luke is June’s. And June has chosen the Offred way. She’s even wearing a red coat. When Fred sees his doom approaching by torchlight through the trees, he knows which version of her he is dealing with: “Offred, please.”

And so, it’s time for the season’s second Aunt-free Particicution. Offred takes a moment to savour the smell of fear, and then she, Emily, and the rest of her gang beat Fred to a bloody pulp, kicking, punching, biting, until the sun comes up and whatever is left of Fred is strung up on a Wall, minus a ring finger that they send to Serena.

For a moment, it seems that giving closure to Offred has brought June some peace. The price of that is her relationship with Luke, pictured here doing an impression of me working out how I feel about the finale: 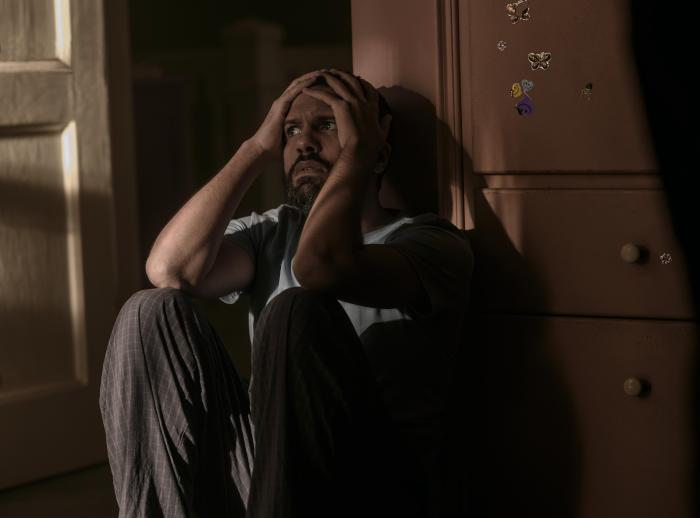 But what are the other consequences? Serena will swear blood vengeance. Luke may never let her see Nicole again. (She couldn’t wash off the blood before going for baby cuddles? Gross, June.) She still doesn’t have Hannah. She has vented her fury but that doesn’t mean she’s cured. It may have just taught her to solve her problems with violence. Fred is no more (huzzah!) but that doesn’t fix Gilead. All in all, it’s just another prick on the wall. (Sorry.)

Hey, you know what that means? Plenty of material for another season, which is lucky as the show was renewed for season 5 before the current season started airing. Until then, and as ever: don’t let the bastards grind you down!