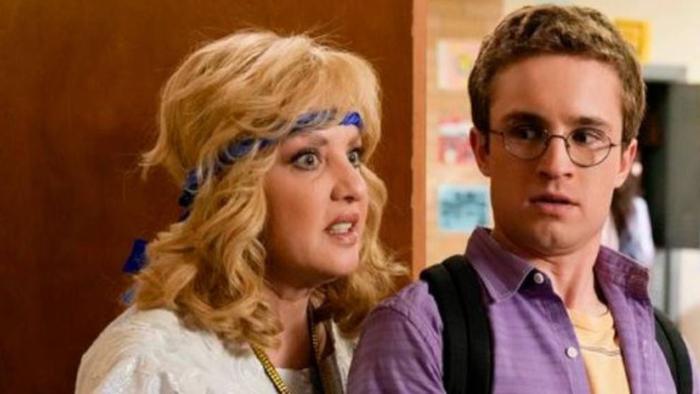 'The Goldbergs' Is Returning for a 10th Season, Whether We Want It Or Not

At this point, I’ve been following The Goldbergs saga for so long that I feel compelled to announce that the family sitcom will officially be returning for a tenth season. This seemed like a longshot when Jeff Garlin suggested that the series was close to wrapping up, but then Jeff Garlin exited the series over a number of HR complaints (and because he didn’t want to be there), the network re-signed Wendi McLendon-Covey, and now they have officially brought it back, making The Goldbergs one of the longest-running live-action sitcoms ever.

The remaining cast regulars — Sean Giambrone, Troy Gentile, Jeff Lerner, and Hayley Orrantia — will all also return for the tenth season of what is the anchor series of ABC’s Wednesday night comedy block. “Off-camera dialogue pulled from earlier episodes and unused takes, as well as previously shot images of Garlin” will continue to be used to insert Jeff Garlin’s Murray Goldberg into the show for the rest of this season, although there are no official plans yet for how they will handle his exit next season. He will probably be killed off.

I’m happy for the remaining cast and crew of The Goldbergs, which will continue to receive paychecks for what has become an increasingly mediocre series. I mean, look: They did it! The family sitcom accomplished what every family sitcom sets out to accomplish: Survive long enough to send all the kids to college and maybe see one or two of them get hitched. That’s happened, and the grandfather has passed away, and it looks like the father will pass away, too.

If the series were still as good as it was during the first five or six seasons, maybe ABC could creatively justify the renewal. But the show has stalled. It’s barely about “The Goldbergs” these days, so much as it is about Beverly Goldberg, who is good and fine but honestly, just give her a spin-off instead of inventing increasingly silly ways to keep her in the lives of all three of her college-aged kids who live in dorms. I mean, hell: There was an episode a few weeks ago featuring Joey from New Kids on the Block that traded on grooming jokes when the older brother and his friends auditioned to be a boy band at the mall. That is not the spirit of The Goldbergs!

The showrunner — upon whose life the series is based! — stepped down after season six, they no longer root the stories in the home videos from his life, there are no more visits with the real people that inspired the characters, so the only thing realistically remaining is to turn it into an empty-nester series about a widow trying to bounce back after her husband’s death.

Oh no. The kids are going to be the clingy Beverly Goldbergs to their mother next season, aren’t they? There will be at least one role-reversal storyline. That is my guarantee.

Also, if they kill The Wonder Years for this and break Dulé Hill’s heart, there will be hell to pay.