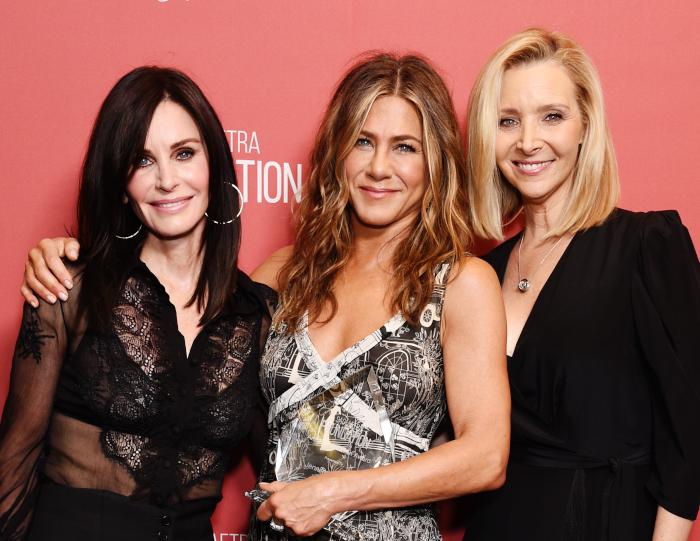 The 'Friends' Cast is Getting a Reunion Special, Could it BE Any Better?

The entire cast of Friends has signed on to appear in an unscripted reunion special to air exclusively on HBO Max as soon as the new streaming service launches this spring. That’s right, the cast will be back for a reunion that’s been over 15 years in the making.

Jennifer Aniston, Courtney Cox, Lisa Kudrow, Matt LeBlanc, Matthew Perry, and David Schwimmer — who recently apologized for suggesting that there should be “an all-black Friends” after being called out by Living Single (aka the original Friends) actress Erika Alexander — are all being paid around $2.5 million to appear in the reunion special.

Yeah… that’s a LOT for something that isn’t even scripted, wow. I’m not even sure what that entails, really. Is it just a conversation between friends? Are they going to sit on the famous orange couch to discuss the show and reminisce? It’s unclear, but I suppose we’ll find out soon enough. Clearly, Cox is excited about this reunion as I’m sure the entire internet is at this point. Friends was, and still is, one of the most recognizable shows in pop culture and, with the help of streaming and reruns, has reached a whole new generation of fans.

Per Variety, the cast will be returning to their old stomping grounds at Warner Bros. Studio’s Stage 24 soundstage. The series recently left the Netflix library, much to the ire of many fans who were used to watching reruns of the show on the streaming service.

The reunion special is set to air on HBO Max in May and will reunite all six stars for the first time since the show ended in 2004. So, if you’re a Friends fan who was on the fence about possibly getting a subscription to the new streaming service, then this reunion special might tip the scales. I mean, could it be any better?