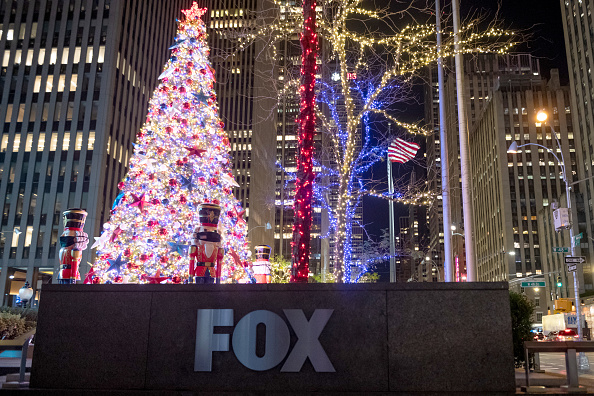 The joke has been used so many times that it’s already trending on Twitter, but “the war on Christmas” has officially begun, and by that, I mean: One person has been arrested for torching the Fox News Christmas Tree.

The Christmas tree outside of Fox News has caught on fire. pic.twitter.com/No7SVK0JeF

Oh. No. That. Is. Terrible. Please, someone, throw some water on it. Yes, spit will do just fine.

The @FoxNews War on Christmas is real https://t.co/W0yXel5vPF

Thoughts and prayers to the Fox News Christmas tree that was forced to stand outside a place that spews white supremacy and fascism. Perhaps the tree spontaneously burst into flames to save itself from having to see Tucker Klansman. #WarOnChristmas

So, the Fox News Christmas tree burned up?

Santa ain't playing this year. The naughty list has consequences.

It’s no coincidence the Fox News Christmas tree burst into flames on the same day Matt Gaetz said this: https://t.co/BERctdcMH1

It’s no coincidence the Fox News Christmas tree burst into flames on the same day Matt Gaetz said this: https://t.co/BERctdcMH1

I’ll give Politico until early afternoon before they figure out a way to blame Kamala Harris. She’s X-mas Tree phobic, you know?

Meanwhile, no motive has yet been ascertained from Craig Tamanaha, the man in custody. Probably a false flag operation, right? Fox News sent an intern out to drum up some outrage for Tucker’s show tonight before people start paying attention to the time that Tucker solicited a college recommendation letter for his son from his close friend Hunter Biden. I’m just going to wait 10 minutes before the first rabid Kyle Rittenhouse supporter starts ranting that the Democrats made the X-mas tree arsonist a hero.