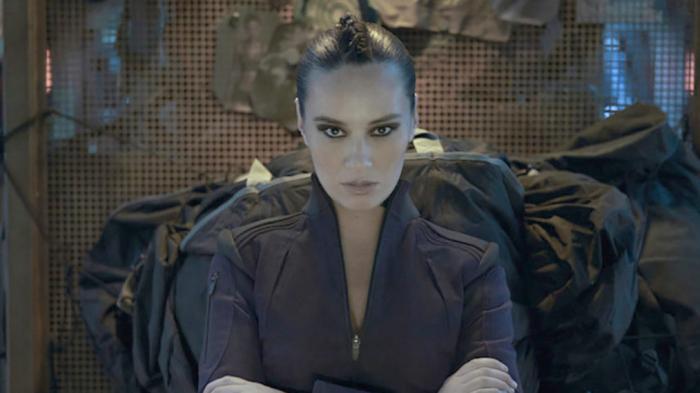 Even though the majority of our distinguished readership are FREAKING NEEEEEEERDS, it is very likely many of you haven’t gotten around to watching The Expanse, which closed six seasons of a near-perfect run last Friday. Instead of recapping season six or reviewing it, I’m going to do like Patrick H. Willems, one of my favorite FilmTubers, and tell you why it’s awesome.

Adapted from the novels by James S.A. Corey (pen name of authors Daniel Abraham and Ty Franck), The Expanse is set in one of the most carefully constructed universes in speculative TV, as even the few logical gaps it has can be filled by the fans without needing convoluted theorizing. It’s the 24th Century, humanity has expanded and settled throughout the Solar System aided by efficient fusion-propulsion that makes traveling between the Inner Planets and the Outer Rings as fast as shipping is today. Three blocks have developed in the centuries in-between. Earth, now ruled under a global government of the United Nations, overpopulated, with most of the population living on a sort-of UBI, reeling under the effects of Climate Change but still a superpower. Mars, colonized by scientists and soldiers who have become a semi-authoritarian, militarized but wealthy technocracy, pursuing the dream of terraformation. And finally, the Belt, all the planetoids, moons, and large asteroids settled by millions of the castaways of the castaways who have developed their own cultural and national identity and live having their resources exploited by Mars and the Earth, including the two most important in that environment: Water and air. As the series begins, just as political tensions grow between Earth, Mars, and the Belt, humanity makes First Contact with an alien entity, a quantum-blob known as the Protomolecule that could doom or boost humanity’s future. Of course, a bunch of corrupt politicians and trillionaires start tinkering with that shit.

The Expanse, like any great speculative fiction, is about our times. It couldn’t be any clearer what the intentions of the writers’ are because it’s not even a metaphor, it’s just a projection of our times 300 years into the future: The Earth embodying the United States and other first world countries, Mars as China or other superpowers built around a single purpose (like the USSR back in the day) and the Belt as the underserved and exploited diversity that is the Developing World. It’s not a metaphor without nuances that also reflect our times: Earth/The U.N. is unable to provide for most of its inhabitants more than the bare minimum; Mars is fanatical, paranoid and is built on staggering corruption; and the Belt … well the Belters are awesome, but having defined so much of their identity in opposition to the Earth and Mars, they risk sabotaging themselves.

It’s not an entirely bleak scenario. For one, it seems that gender and race equality has been achieved, mostly, but the exploitation of humans by humans persists in its base forms: Imperialism and class struggle. Then there’s the fact that Mars was settled by competent people who actually want to further humanity instead of our timeline, where the ones attempting it will be a bunch of billionaires and their hangers-on, all of whom will die miserably from calcium deficiency.

Also, you can barely see any pets in Mars and the Belt, so that blows.

The Expanse is a choral narrative that gives us a realistic politics-driven plot, naturalist social commentary, brutal (and accurate) space warfare, and an ensemble cast that deserves more things like this in the future (specially Cara Gee, who actually invented the smoky eyeshadow. OK, she didn’t but no one has done it better than her playing Carmina Drummer). In fact, the scientific realism is used as a plot-device that defines the relationship of the characters to their world and their actions: Scarcity, the vacuum of space, time-delays, they are more than a gimmick, for once. This is science-fiction that doesn’t fall into the cliché of “technology progresses but humanity remains the same,” something which has been false since agriculture, but we have also experienced ourselves after a decade of social media. One of the main theses of The Expanse is that technology changes everything and it also changes nothing if the exploitation logics remain in place.

Because, with its wonderful collection of characters that are flawed, broken, and sometimes downright chaotic neutral, The Expanse is about empathy. It’s ultimately is about ethics and mutual responsibility when facing threats that could bring down a civilization. So of course, The Expanse is about Climate Change, but it’s not even a metaphor: It is the very effects of the former that drove humanity’s expansion through the Solar System. By eschewing the metaphor, The Expanse reminds us that most humanity’s problems are of our own making, Climate Change among them.

In only six episodes, the final season of The Expanse somehow manages to drive home a coherent thesis about social ethics while making use of all the plotlines they left dangling. Continuing the story from the previous season, we see the crew of the Rocinante, the UN, Mars, and Carmina Drummer’s band of Belter pirates trying to put an end to Marco Inaros, a Belter leader waging a fanatical and genocidal war on the Inner Planets. Inaros has caused hundreds of millions of deaths on Earth and Mars by hurtling asteroids covered in stealth materials just to make them “feel what Belters have felt.” He has become perhaps the greatest monster in human history, and yet, as Drummer says, a person like him was inevitable. Inaros, Osama, every tin-pot tyrant in the Global South — they are all the logical byproducts of colonialism and making subalterns out of entire human populations, be it continents or planetoids.

This season is a war story, but it’s also a story about people running into the limits of redemption and forgiveness, about how sometimes the ethical choice and the strategic choice coincide in a decision that will have a cost, political, monetary or in resources. That decision is the only one that will guarantee everyone’s survival. It is also about how science and technology could actually save us all. But science and technology alone cannot really improve if they do not include the subaltern; otherwise, they can only expand subjugation.

There is a series that cast a shadow over The Expanse, a shadow under which it never managed to become mainstream, but which ironically helped it become a better piece of media: Game of Thrones. Many comparisons were made between both franchises, mostly deeming the latter as the sci-fi counterpart of the former (more to the point, each chapter of the novels is told from the perspective of a single character), but if GoT’s quality collapsed spectacularly in the last three seasons, The Expanse either got better or remained just as good as in the first three. Almost as a taunt, the series epilogue is also set around a negotiation table with all the surviving characters. In the following scenes, The Expanse will have James Holden, an Earther who is ostensibly the lead character of the series, actually showing up as an ally to the Belters. Holden could be considered as a white or white-passing man, who has been the pervasive lead in most of Sci-Fi’s history. His final act underscores the central point The Expanse has been making since chapter one: Humanity will not progress or survive unless the privileged step up (or aside) for the subalterns.

That is the genius of The Expanse; it actually dares to challenge the colonialist foundations on which human exploitation and, ultimately, Climate Change persist. That tackling existential threats (or any other that we are able to understand) is an ethical decision on how much suffering we are willing to allow, how much are we willing to actually recognize dispossessed humans and countries as subjects of rights. The fact that they managed to deliver this idea on freaking Amazon Prime is a commendable achievement by the writer’s room.

All of that against the worst possible odds. In a very meta way, the fate of The Expanse as a series reflects its own ideas on how to build a worthy universe out of scant resources: It had a big budget, but not in the scale of extravaganzas such as Foundation or even Star Trek: Discovery. It premiered on the SyFy channel, immediately undermining its reach and respectability in the radar of Peak TV. The final season order was shortened to just six episodes. And yet they delivered spectacle through restrained but valuable use of VFX. Nurturing a small but devoted fanbase that managed to give it a better home, and by writing the best ending possible out of six episodes while leaving enough teasers open for follow-ups.

Just like the original Star Trek through syndication, I hope The Expanse grows in popularity through sustained streaming viewership. We the fans don’t need it to become as a massive franchise, but maybe a couple of limited series or film anthologies.

And Hollywood needs to start casting more Cara Gee in everything.


← 'Weird Al' Biopic Staring Dan Radcliffe In The Works from Funny Or Die | The Gutting of the A.V. Club is an Embarrassment to the Industry and a Horrible Sign of its Future →