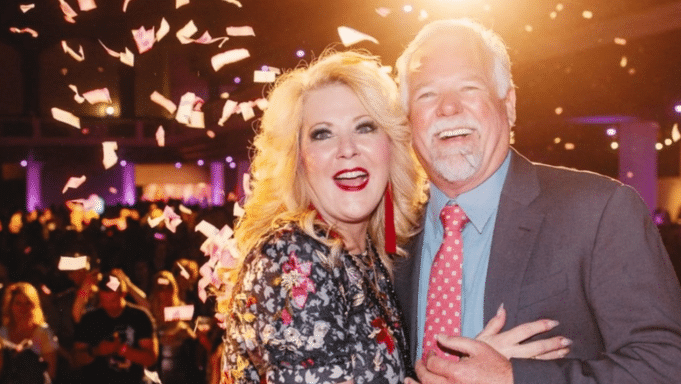 The Exit Strategy Is Death: LuLaRich on Amazon Prime

Everyone sees themselves as the hero of their own story, even the villains. Watching Amazon Prime’s four-part documentary LuLaRich, it’s clear that DeAnne and Mark Stidham, the founders of LuLaRoe, still see themselves as the heroes of this sordid tale. Even after multiple investigations and lawsuits have led to them paying out millions of dollars in settlements.

Back in 1988, DeAnne Stidham connected with some guys at a swap meet who had designer knock-off girl’s dresses to sell and went into business with them. She claims to have brought home $40,000 in profits from hosting at-home parties where she sold the dresses at a markup. She did this for 20 years until she decided to shift focus to selling “homemade” maxi skirts. I use quotes there because she says that in five months she sold 20,000 skirts. Now, let’s do a little quick math. Five months is roughly 150 days. To sell 20,000 skirts over that time she’d have to have sold about 130 skirts A DAY. When did she have the time to sew that many skirts? If you get eight hours of sleep a night (which is generous, I know) that only leaves 16 hours in each day for manufacturing and selling. But only if she was able to ignore the needs of her seven kids and didn’t stop to eat, or go to the bathroom. I feel like maybe these skirts weren’t actually being made at her kitchen counter. If they were, it certainly wasn’t by her alone.

According to DeAnne, as demand for these magical maxi skirts grew, she and Mark made the entirely altruistic (snort, cough) decision to offer other people, other WOMEN, the opportunity to help her sell their inventory and make a little cash for themselves. Throughout the series DeAnne, Mark, other members of their family and LuLaRoe retailers talk about how the core values of LuLaRoe revolve around the empowerment of women, the creation of sisterhood among their retailers, the strengthening of families and the counting of blessings. But the deeper into the documentary you go, the more of the shiny veneer gets wiped away and the easier it is to see contradictions between what they say are the company values and what they actually valued. (Stage whisper: It’s the money.) 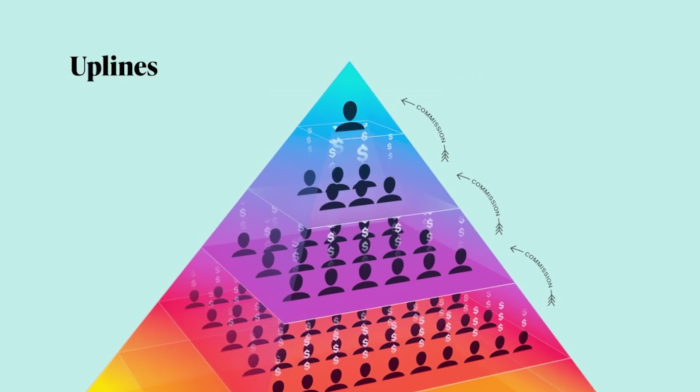 When the company really got started, in 2012, the country was still pulling itself out of The Great Recession. For many American families, money was tight and jobs were scarce. More than ever, college-educated women were finding themselves staying at home to be moms and this demographic was ripe for exploitation. There is this vision of womanhood that’s been sold to predominantly white women where the husband works outside of the home and the wife/mother stays at home to take care of the kids and the house. But that falls apart if the husband can’t get a good job and the wife is smart enough to worry about how to make ends meet. LuLaRoe entered the scene promising “full time money for part time work.” Women could stay at home, take care of their kids, have dinner on the table and sell some outfits to their neighbors to make extra cash.

If you got in at the beginning, there was a lot of cash to be made selling LuLaRoe. A small stable of retailers selling a limited number of patterns and fabric designs meant that there was an exclusivity and scarcity of product that compelled women to buy what they wanted immediately. You never knew if you’d see another pair of “buttery soft” leggings (what does that even mean?) with that ugly banana design again. Of course, like all pyramid schemes multi-level-marketing companies, getting in at the beginning was the key. As the company grew the focus shifted from sales to recruitment and LuLaRoe paid out bonuses based on orders placed by the folks you brought in. Of course, if you’re converting all of your clients into competitors it will become harder and harder to make money from sales. After all, how many LuLaRoe retailers can a community support? This, of course, is one of the ways a legal MLM differs from a pyramid scheme. If the majority of your income comes from recruitment, instead of sales, you’re a pyramid scheme. When recruitment is the main goal, there’s no way for folks at the bottom of the pyramid to make the same kind of money as the folks at the top, no matter what shiny carrots you dangle or what sort of empty promises you make. 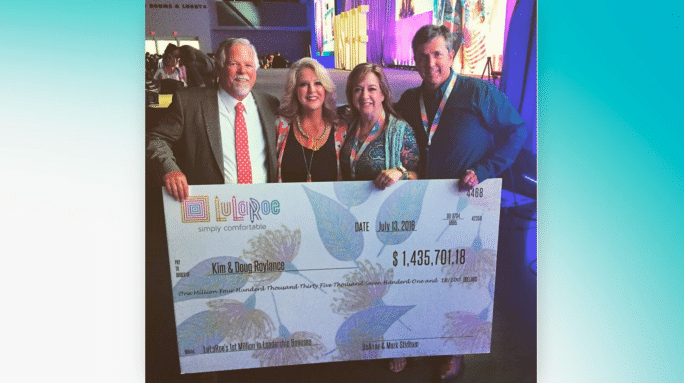 I suppose it’s hard to see that though when you’re raking in money. LuLaRoe handed out giant bonus checks, literally and figuratively, and moved from urging their retailers to spend lavishly on new cars and homes to insisting on complete makeovers and questionable weight loss procedures to show off how lucrative LuLaRoe could be. So much for helping out with household expenses and saving up for a trip to Disney, huh ladies? Many women quickly found themselves on the other side of the looking glass, bringing home thousands of dollars a month. How do you convince yourself that’s a bad thing? In the interviews with former retailers you can actually see some of them putting it all together for the first time on camera. The contrast between their initial Facebook posts where they’re full of shiny-eyed enthusiasm and hope as they unbox their LuLaRoe inventory and the remorse some of them so obviously feel now is striking.

There is a lot in this four series to dig into. Jenner Furst and Julia Willoughby Nason exposed LuLaRoe’s dark, moldy cultish underbelly with the help of journalists, independent researchers and the women themselves. Some of whose lives were destroyed as the company experienced catastrophic growth. Insiders interviewed for the show try to chalk it up to inept management, a family who was not prepared to manage a company that got that big that fast. They would have you believe that LuLaRoe was Frankenstein’s monster run amok. But watching footage of DeAnne, you can see the impatience she feels at her integrity and methods being questioned. There’s a lot of giggling and deferring to her husband’s business acumen, waving off suggestions that anything they did was bad or misleading. But when she squints at her interviewers or the lawyers who question her as part of a 2019 deposition, you can see how shrewd and calculating she really is. DeAnne Stidham is not a sun-faded version of Tammy Faye Bakker (who actually did some good things for the world). She is a vision of the new Conservative Feminine ideal. Strong in her faith and family and smart enough to get hers even if it costs those around her everything. Mark Stidham speaks in marketing jargon and seems quick to lose his temper. DeAnne’s role is to humanize the story of how LuLaRoe built up its empire on the bank accounts of troubled, bored white women and then let it all come crashing down on their heads. 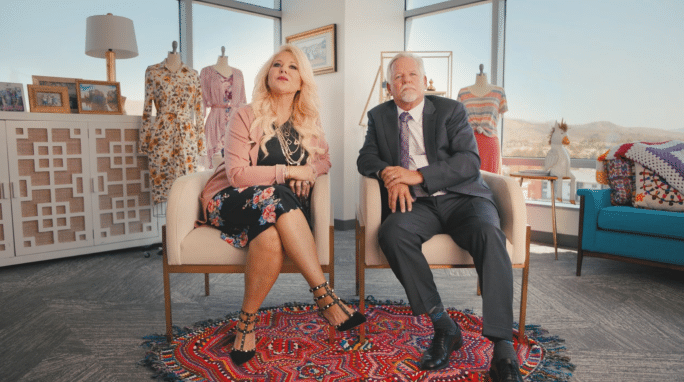 This is truly a story about women. White women with a couple of notable exceptions like LaShae Kimbrough and Jill Drehmer (who is happily still repping for the company.) This is a story about how we’ve been sold this idea of the American Dream being 4 bedrooms and 2.5 baths, vanity plates on your luxury vehicle, and perfect hair. It’s a story about how the guilt and shame some women feel when that’s not easily obtainable is taken advantage of. In the end, if DeAnne’s goal for LuLaRoe was to empower women and build a community then she and Mark were very successful. Just not in the way they thought they would be. The number of LuLaRoe retailers has bottomed out in the wake of lawsuits and the exposure of their business practices while membership in the LuLaRoe Defectors Facebook group has grown to the thousands. 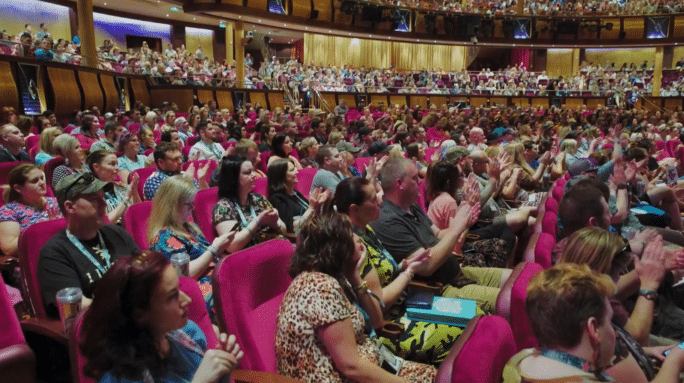 LulaRich is available to stream on Amazon Prime.