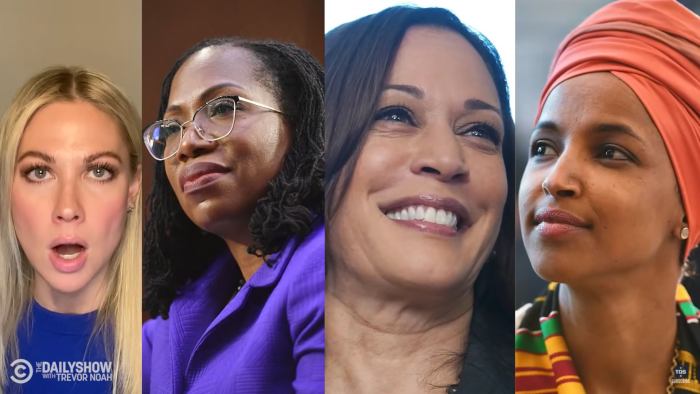 What were Judge Ketanji Brown Jackson’s LSAT scores? What does she remember about every single case she’s ever tried? Where was she when Hunter Biden left his laptop in Delaware? These are the questions some people feel Senators should be asking to a soon-to-be Supreme Court Judge. It may sound like absurd things to ask, but not if you spend most of your day mainlining Fox News. Enter The Daily Show correspondent Desi Lydic!

Lydic has been doing her Foxplain bits for a while now, and they are all hilarious. You’d think it would get old, but Fox News whips up faux outrage so frequently that she’ll never run short on material. She also nails the persona. She’s manic, but not unbelievable. She’s serious while shelling out some of the most ridiculous conspiracy-laden nonsense imaginable. Every time she does this segment it is successful, and that’s hard for any recurring bit to achieve.

Foxplaining seems especially relevant with the current confirmation hearings for Judge Ketanji Brown Jackson. You don’t have to look at the channel for more than two seconds to see how tilted their view is. Senators like human can of soup Ted Cruz and the human equivalent of an ingrown nail Josh Hawley parrot their talking points from the network. This makes sense because they will also go on the network and share those points. It’s like watching someone eat a bowl of scrambled eggs, vomit it up and then eat it again.

Judge Ketanji Brown Jackson will likely be confirmed. If we have to listen to a bunch of mediocre white men whine and complain and throw southern fried hissy fits (looking at you, Lindsey) in the interim, it will be worth it. It won’t be easy, but nothing with these people ever is.