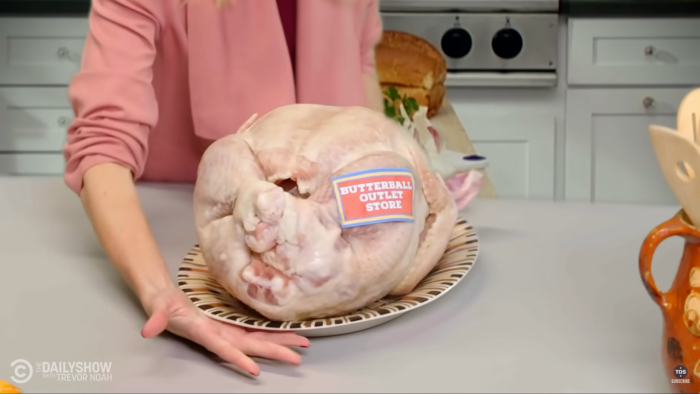 Thanksgiving will soon be here! It will be stuffed (nailed it) with food, fun, and family. Awkward conversations will fill the air as loved ones try to kill time before the turkey. Someone will inevitably say something to trigger Aunt Wendy into going on a Trump-laden tirade. Everyone will go to bed early, hoping to forget the night’s events, only to remember that visiting relatives will be staying for two more days. With all that fun stuff going on, shouldn’t you be able to celebrate on a budget? Desi Lydic of The Daily Show says yes!

This week, Desi took to YouTube to give hilarious tips for celebrating Thanksgiving on the cheap. What follows is wax pumpkin pie, paper turkey, and stuffing! From inside of a teddy bear! It’s a premise that should be as thin as the turkey, and yet it succeeds with ease. Each money-saving suggestion is more hilarious than the last. It’s also got some of the best-looking green screen I’ve seen in a sketch in some time. All of these are just sides, though. What drives the sketch is Desi Lydic.

Lydic has been on The Daily Show since 2015. In that time, she has wowed in any segment she’s appeared in. She is right up there with the Colberts and the Kleppers and the dozens of impressive Daily Show correspondents that have graced the halls of the show. Any time she shows up, I laugh. Simple as that.

When you’re slaving over a big juicy turkey or trying to find out who gets the last roll, think about this sketch. it all could have been easier for you but you didn’t take Desi’s advice and share one mashed potato! Whose fault is that?! Aunt Wendy, that’s who. 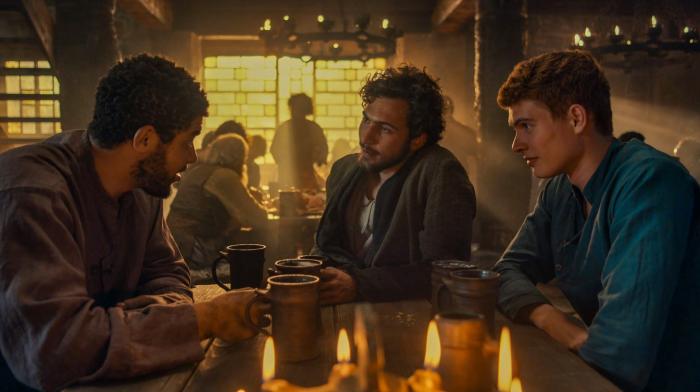