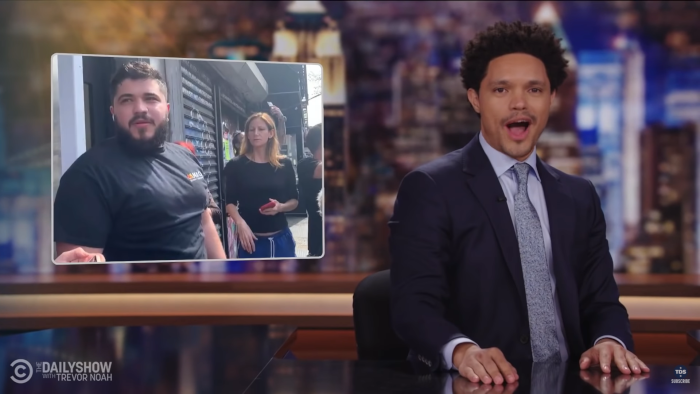 I am an emotional guy. I’m sure I’ve said that on this site before. Heck, I’ve likely prefaced an article the same way before. But it’s true! I’ve always been that way, but the older I get, the quicker I am to, say, start crying if I see someone do the right thing because it was the right thing to do. It’s a low bar, I know, but I crave those stories. Those stories aren’t highlighted enough. Instead, as a society, we focus on the bad. Two days ago in New York City (my home), something very bad happened, but it led to someone doing the right thing.

Zack Tahhan, a Syrian immigrant and security camera installer, identified the subway shooter and helped police arrest him. If you have not heard Zack speak yet, take a moment to watch this video.

Zack is incredible. A selfless hero who possibly put himself in danger just to do the right thing. When he speaks, you can feel the passion and empathy emanating from his very being. There is another video going around where he even takes a local news mic and starts interviewing other witnesses who helped him flag down police.

It’s the clip of him used on The Daily Show, where he is thanking other New Yorkers for helping and for standing up, that brought me to tears. Even after such a brave act, he’s still thinking of others. He could be basking in adulation, instead, he wants to share the love.

I love New York City because of people like Zack. He came to this country, to this city, to live. Terrible people love to push a narrative of the United States being overrun by immigrants. They paint the worst picture possible of human beings who just want a better life. Zack is a prime example of what’s possible. He is the good our country can be when we open our arms to others.

Thank you, Zack Tahhan. Keep being you.