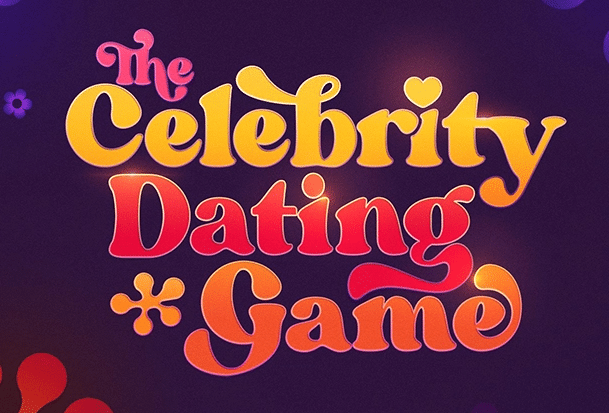 I will confess that, as a kid, I did not watch many game shows. When I was home sick, I would rather watch reruns of I Love Lucy, Gilligan’s Island, I Dream of Jeannie or whichever bionic person was on. I remember watching Wheel of Fortune with my grandmother, and my dad used to watch Jeopardy, but I was never really into them. The proliferation of reality television and the gamification of almost everything in life makes them very difficult to avoid these days though. And, in the summer, when programming on linear TV is thin, they’re a fun way to pass some time after dinner.

The Celebrity Dating Game is exactly what it says it is. The format has not changed since it first aired in 1965, save for the focus being on celebrity singles this time around. The set hasn’t changed much either, same concept, flashier design, and better lighting. 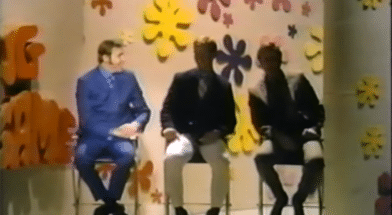 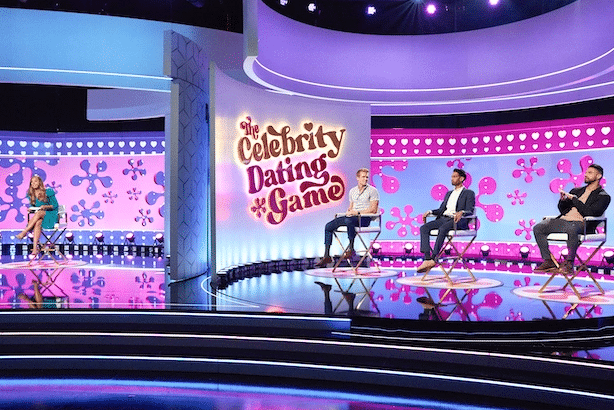 Zooey Deschanel and Michael Bolton seem like an odd couple to pair as hosts but they work. Kind of. Zooey is clearly uncomfortable with cue cards, although she lands her jokes and plays the role of laid-back wing-woman well. Bolton is the benevolent overlord, supes cazsh, chillin’ at the prop piano (that no one plays) with the prop martini set (that no one drinks from. Shame, that.) dropping in the occasional bon mot and serenading the celebrity single with a song full of clues to their identity. 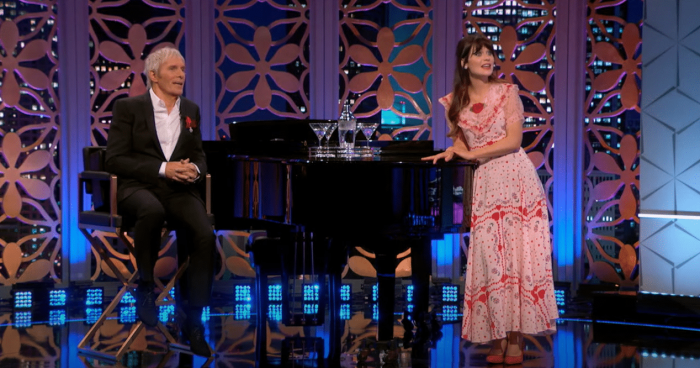 There is serious cringe baked into the concept. You can tell that the contestants (men in these two episodes. Although it looks like they mix things up in the future) are embarrassed as they lay on their thickest pickup lines. You’re embarrassed for them. Mostly because these are not great pickup lines. There is a shared, but forced, jocularity among them and it doesn’t feel like anyone is taking this too seriously. Mostly, I wonder how their style choices will hold up when these episodes are viewed 40 years in the future. Zooey is timeless with her Little House on the Strawberry Shortcake Prairie aesthetic, but I don’t know about some of the haircuts on these men. Michael Bolton is, of course, flawless.

Anyway, about Nicole Byer. Hers was the second episode of the two-part series premiere. Anyone who has watched Nailed It or listened to her podcasts (Why Won’t You Date Me, Best Friends) knows she needs a date. And hey, she got one! Contestant Number Three is a poet, and a little corny, but he was such a better choice than Contestant Number One, who described love as the feeling you have getting out of the shower after your morning dump, that I’m happy for her. I have to wonder if she’s going to talk about this with John Cena over at her hosting gig on Wipeout.