The Best Shows We Didn't Write About This Year

I watch a lot of television, and much of that is not reflected in my output. Some shows are just easier to write about than others, and it has nothing to do with the quality of the show. All three shows in The Walking Dead universe were disappointing this year, but I could write about them for days. Likewise, I could write about Dexter until the end of time, but that doesn’t mean it’s a great show (although, this season is really fun). Sometimes, I can’t think of an angle. Sometimes, I get distracted by something else and forget to write about a show, and sometimes, I don’t see it until everyone else has already watched it so a review would be useless.

Also, the thing about Pajiba is we don’t assign TV reviews or news posts. It’s all on a volunteer basis, so if no one volunteers to write about a show, it doesn’t get covered. It might not make great business sense, but we’re not a business-driven site. We try to be a writer-driven site, which means that some things fall by the wayside, but it also means that no one has to write about anything they don’t feel comfortable writing about.

In any respect, here were 10 shows this year that I never got around to writing about this year, and I’m a little embarrassed by how many good series that we never covered. They are not necessarily the best shows of the year, although more than a few of them actually would make my top ten list.

The Great (Hulu) — We wrote about the first season in 2020, but I didn’t get to it this year, even though it was easily one of my favorite shows of 2021. I’d actually planned a piece where I’d tease out the few bits of the series that were actually true because I had enough credits in college for a Russian history minor and love the subject, but I never found the time to do all the necessary research. Still, I cannot emphasize enough how tremendously good this show is. Elle Fanning is stellar, and Nicholas Hoult deserves all the Emmys for playing a vile, disgusting, morally bankrupt shithead who Catherine could not help but love, and we understood why! Because beneath all his awful, his love for Catherine was irresistible. It was also the funniest drama of the year (and my favorite running gag was a pregnant Catherine’s pica and how her servants kept bringing her dirt on nice China).

Sex Lives of College Girls (HBO Max) — As a middle-aged white dude, I honestly just didn’t feel all that comfortable writing about the sex lives of college girls, but this show was a blast. It comes from Mindy Kaling (and Brooklyn Nine-Nine writer Justin Noble), but unlike Kaling’s other projects, this one didn’t feel like a Mindy Kaling show (that is neither an insult nor a compliment because I liked The Mindy Project and her Four Weddings and a Funeral adaptation — this one just felt different). It’s more like a college version of Booksmart with slightly broader humor; it’s a raunchy, sweet, and very funny sex-fueled sitcom with a terrific cast, in particular Amrit Kaur as the aspiring hornball comedy writer, the character probably most based on Kaling. 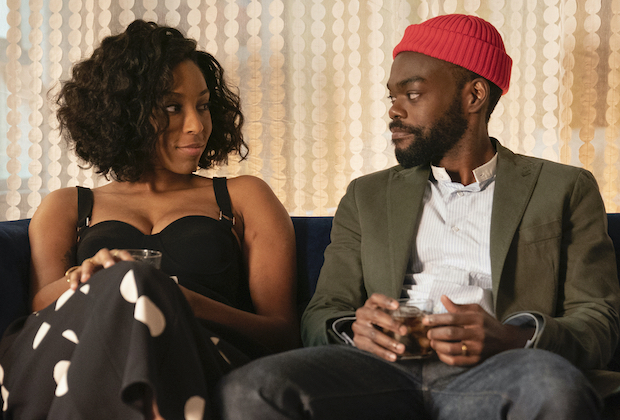 Love Life (HBO Max) — I really liked the Anna Kendrick-led first season, but the second season led by William Jackson Harper with some great turns from Jessica Williams, Punkie Johnson, and Ego Nwodin is easily the better season. Again, however, as a middle-aged white guy, I didn’t feel comfortable writing about the dating experiences of a Black man. That said, it was an insightful, funny, and smartly written show, and truly and honestly romantic and sexy as hell. 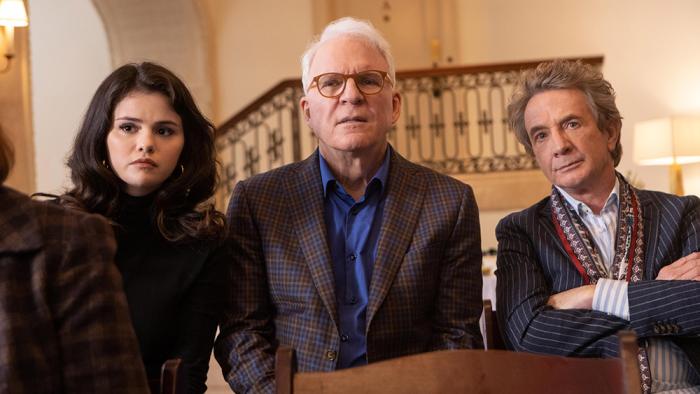 Only Murders in the Building (Hulu) — I have no excuse for not writing about Hulu’s Only Murders in the Building, easily one of the best shows of the year. It lights up all the corners of my brain: It’s a murder mystery, but also a podcast, and a comedy with Steve Martin and Martin Short, with some great cameos (Tina Fey, Sting), and an unexpectedly great performance from Selena Gomez. Every time I sat down to write about it, however, all I could think to say was, “Man, this show is great. You should definitely watch it.” It’s probably the show I’d recommend more than any other to other like-minded folks, but still, all I can think to say is, “Man, this show is great. You should definitely watch it. Steve Martin is brilliant, and it may be the best utilized Martin Short has ever been in his career.” 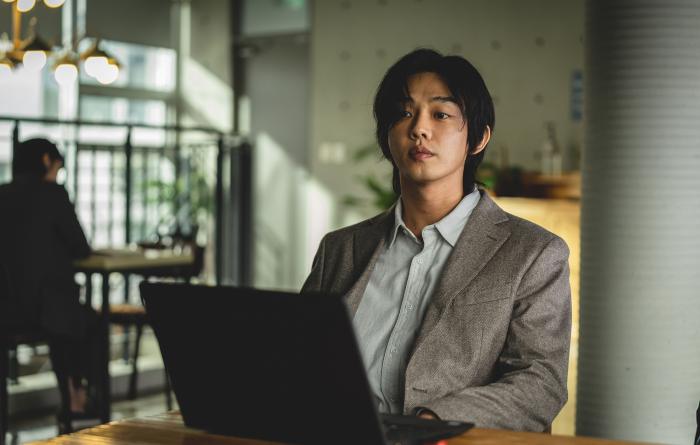 Hellbound/Dr. Brain (Netflix/Apple TV+) — Like a lot of basic jackasses, I became fascinated with South Korean television after Squid Games, and the streaming services made several available in the wake of the Netflix hit (and both recommendations came via Tori). Hellbound is the slightly better of the two, and it’s about a world in which demons randomly mark people for death, telling them the exact time in which they’ll be dragged to hell. There is no escape. What’s interesting, however, is the cult that springs up around this phenomenon, which tries to convince a nation that the events are not random but tied to one’s bad deeds in an effort to rid the world of sin. It’s a fantastic commentary on corruption and religion. Meanwhile, Dr. Brain is something of a murder mystery where one man — a scientist — has figured out how to download the memories of the dead into his own brain (sort of like iZombie), and he uses that information to find the people behind the abduction of his son and the attempted murder of his wife. It’s a six-episode Apple TV+ series that I gulped down in a couple of sittings. 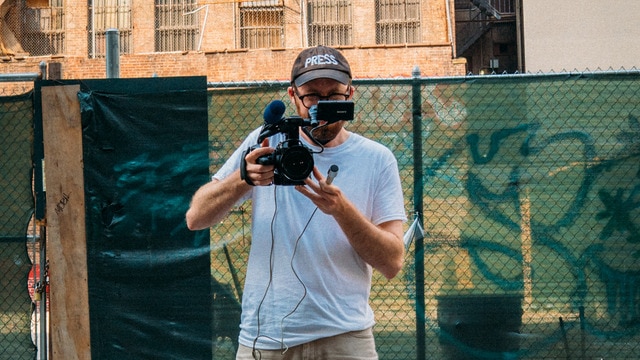 How to with John Wilson — I expect that How to with John Wilson is on a lot of top ten lists this year, and for very good reason: The documentary comedy series is a riveting, weird, and completely original exploration of humanity unlike anything else on TV. I am not a talented enough writer to capture what is so special about the series in words, but it is captivating and lovely and the perfect balm for these trying times. 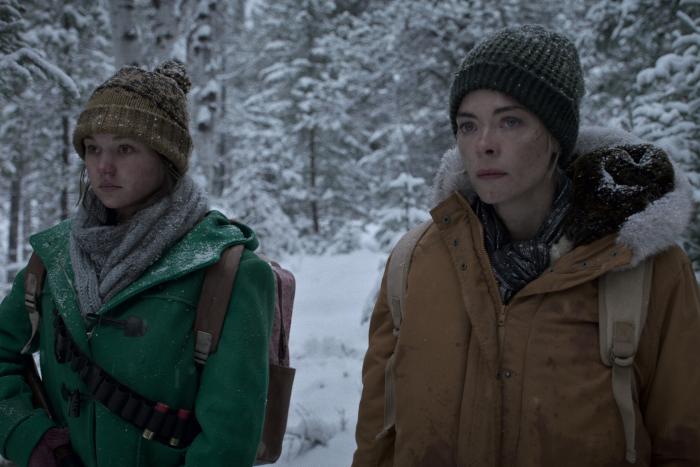 Black Summer (Netflix) — I didn’t write about it here, but I did write about Black Summer over on Uproxx, and it remains easily the best zombie show on television, a no-frills, action-packed, adrenaline-fueled horror show that’s everything that The Walking Dead wishes it could be. As I wrote on Uproxx, in Black Summer, “the zombies are rabid, ferocious, fast-moving, and lethal. They can’t be corraled and led over cliffs to their demise. They’re heat-seeking and unrelenting. In a war between the Black Summer zombies and those in Zack Snyder’s Dawn of the Dead, I’d take the Black Summer zombies in a heartbeat. In fact, the only thing they seem to have in common with zombies of The Walking Dead is an inability to turn a doorknob. No matter; they just beat down the door and rip their prey to bloody pieces.” 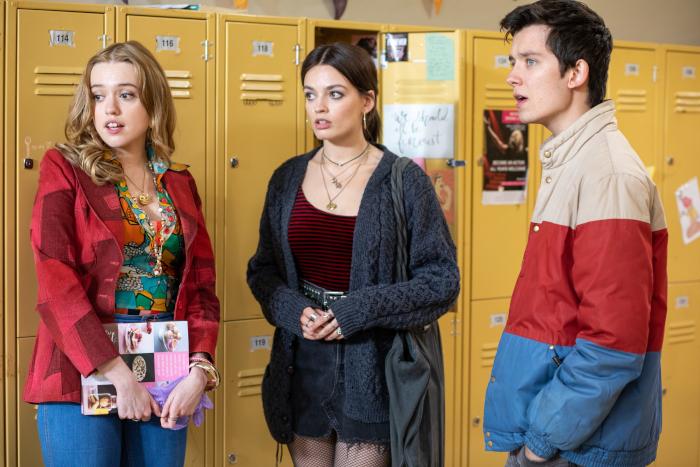 Sex Education (Netflix) — In its third season, somehow this near-perfect show manages to get better every year, and if Emma Mackey isn’t a huge star soon, it’s because the world is unjust. No show hits me in the heart space more than Sex Education, and thanks to the series, Ezra Furman has become maybe my favorite musician from the last five years. I love her. I love this show, and it deserves better than anything I could possibly say about it. Watch it. Your heart will explode, and Gillian Anderson is a lot of fun to look at. 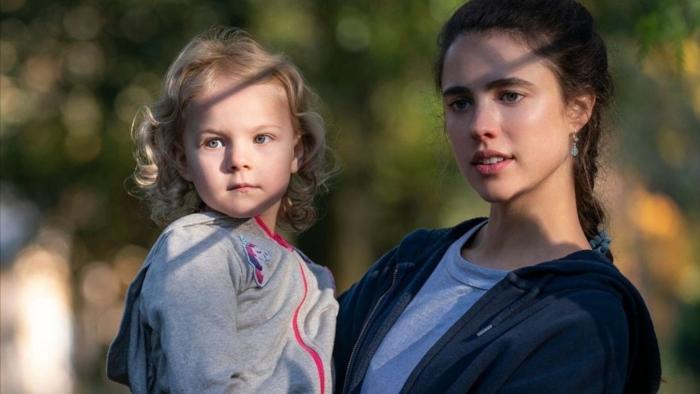 Maid (Netflix) — Truthfully, I came to this show late. I read the Stephanie Land book upon which it was based, and while I liked it well enough, I couldn’t envision a good series coming out of it. I was wrong. Margaret Qualley is amazing (as is her mother, Andie MacDowell). It’s a terrific series about the struggles of a single parent, about domestic violence and emotional abuse, about how the system offers almost no way out for poor people, and how bad luck trails poor people everywhere they go. This is the show that Hillbilly Elegy wishes it was, and maybe the only show since the early seasons of Shameless that honestly understands what it’s like to be sh*t poor in America.