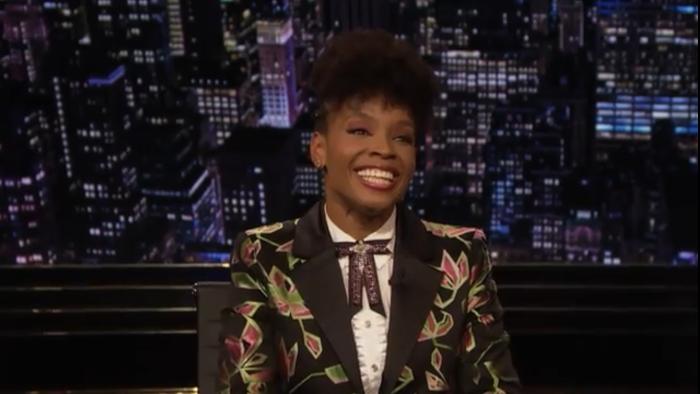 ‘The Amber Ruffin Show’ Gets The Applause It Deserves

The Amber Ruffin Show debuted in September of 2020 to no audience. At the time, no late-night show had an audience. I don’t feel like getting into why. They did, however, have them before. Except for The Amber Ruffin Show. It has spent most of its existence audience-free. This past Friday, that all changed. The results were magical.

I’ve said it before and I’ll say it again, I’m a crier. Even still, Amber’s emotional reaction to welcoming her first audience got me right in the feels. It immediately reminded me just how special an audience can be. They bring energy and excitement that the best performers can feed off of. It also reminded me that Amber Ruffin has worked f***ing hard for this. She deserved the adulation she received. She earned it.

From there on out it was off to the races. All the hilarity and excitement and downright silliness I’ve come to love about the show was there in full. Having an audience made it that much more special. There are clips on YouTube, one of which I’ll post below, but I can’t recommend enough that you watch the whole show on Peacock. The 39-minute runtime will breeze by, and you will be laughing throughout.

← Bush, Obama, Trump and Biden. In Afghanistan, They Are All to Blame | Nicki Minaj and Husband Sued for Harassment by Woman He Attempted to Rape →