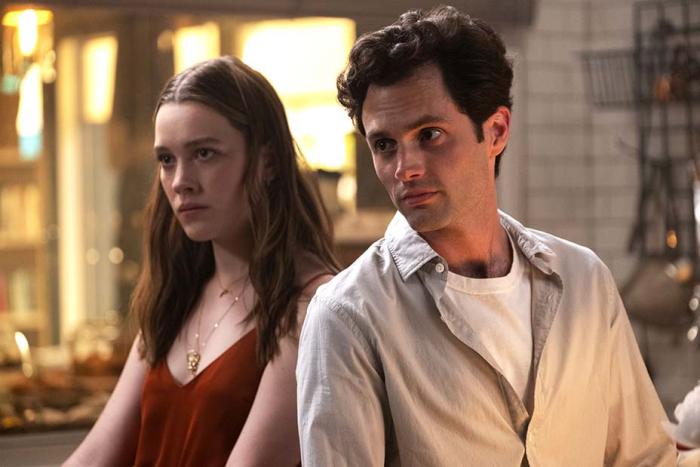 Joe Goldberg was back in You Season 2, but with a new identity, a new location, and a new outlook on life. However, if for one second you believed Joe was going to change for the better, Season 2 proved that no matter how hard Joe tried to convince the audience (and himself) that he wouldn’t revert back to his old ways — which was to kill someone at the slightest inconvenience and then spend the rest of the time haphazardly putting band-aids on the gaping hole he’d slashed opened — it was never going to work. And that’s perhaps why the show continues to be so engaging, even while knowing things aren’t going to end well.

After Joe (Penn Badgley) gets a visit from Candace (Ambyr Childers), whom he believed he’d killed, he hightails it to Los Angeles. He’s scared, but if he really had been, he wouldn’t have kept to his old tactics. L.A. is presumably the last place Candace would find him, so Joe, now Will Bettelheim, starts anew and quickly finds a new woman to stalk and fall in love with. But Love Quinn (Victoria Pedretti), unlike Beck, has deeper connections, like her weird codependency with her twin brother Forty (James Scully), and is not so easily manipulated. Even when I thought I’d figured out the season, You still managed to pull off some shocking moments, so I broke down four of them (though there are likely much more).

Candace Having a Minor Role
When Ambyr Childers was announced as a series regular for You Season 2, I figured she’d have a much bigger role than what she actually got. Sure, the season explored what happened to her, but when she came back and promised she’d have her revenge, I expected more. Unfortunately, her entire subplot was the least intriguing aspect of the season. It made me ponder exactly why You’s writing team decided to deviate from Caroline Kepnes’ books at all when Candace’s survival wasn’t going to have as big of an impact. Worse, she wound up dead anyway. Here was a woman who already knew Joe’s secrets, his penchant for murder, and, most importantly, she actually scared him for a while there. More than anything, Joe needed to stay scared, since it was the only sign that he knew he’d f*cked up, so it was a missed opportunity to include so little of Candace.

Love Killing Candace and Delilah
Not in a million years would I have suspected Joe’s competition for unstable, murdering behavior, would come from the woman he’d fallen in love with. It was a stretch of the imagination, especially given what happened to Beck back in Season 1. Admittedly, it was suspicious that Love so easily dismissed Candace. Love had a private investigator on her hands, after all, so why not look into Joe just to be on the safe side? It was sickening what she did to Delilah (Carmela Zumbado), especially since she’d attempted to console her sister Ellie (Jenna Ortega) afterward. Here was Love, not being a victim or insecure, but a rich, confident, privileged white woman, who not only defended Joe’s evil but murdered others — all alarmingly women — to hold onto the life she has and, like Joe, convinced herself that her reasons were more than understandable. If that’s not scary as sh*t, I don’t know what is. 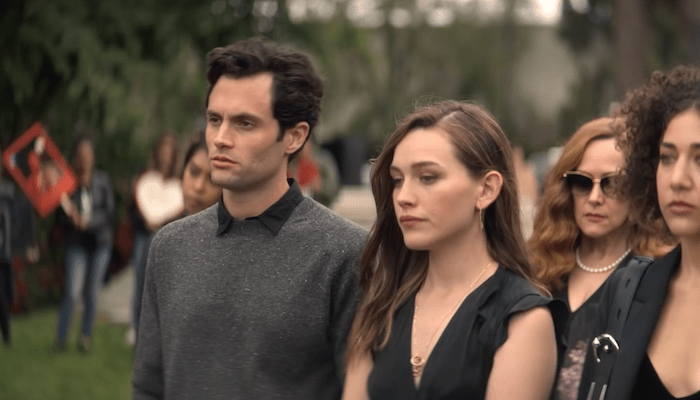 Joe Letting Will Go
Joe Goldberg is not a good man. Not at all. That’s why I was shocked that he bothered letting the real Will Bettelheim (Robin Lord Taylor) go. Of course, this was Joe convincing himself that he could actually change (he couldn’t) and letting Will go was a testament to that. Also, there wasn’t as big of a risk as, say, letting Delilah go. She could have ruined Joe in a way Will couldn’t have. Plus, the real Will had already crafted a fake identity and had no real connections in Los Angeles. Who was he going to tell that wouldn’t also land him in hot water? The cops? Still, it was a surprising turn of events that made viewers once again question if Joe was finally trying to be a better person. Shame on all of us for buying into that for even a second.

Dr. Nicky’s Change of Heart
In a season full of surprises, one of the strangest twists was Dr. Nicky’s change of heart. The man went to jail for Joe’s murder of Beck and even has a subreddit of his patients attempting to get him out. And yet, he was so resigned when Forty went to see him in prison. There was no spark of hope, no moment of recognition that, finally, someone might have proof to help set him free. Instead, Dr. Nicky (John Stamos) sat there talking about God, sinners, and being judged after death. It was like he’d stopped caring and it was truly sad to see how prison had beaten his spirit down and it’s all because of that damn Joe Goldberg.

You Season 2 is currently streaming on Netflix.