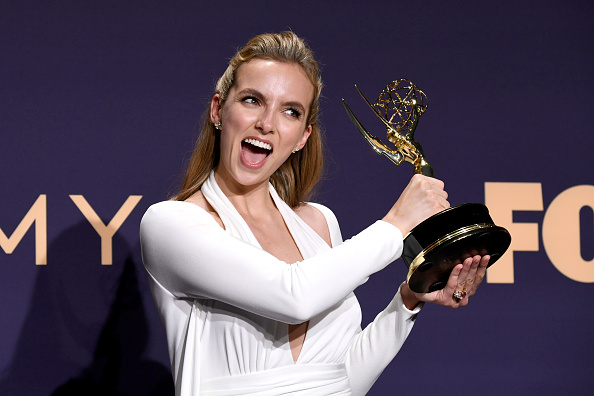 The 2019 Emmy Awards Was a Mediocre Celebration of Great Television

The 71st Primetime Emmy Awards ceremony is one that will likely be remembered for the quality of its winners, but forgotten by those who actually watched the ceremony. As the Oscars did earlier this year, the Emmys went without a host, which deprives viewers of a straw man at whose feet we can lay our grievances. The lack of a host makes for a less divisive telecast, but also for a less engaging one, too. Presenters came out with their bits, and some were good (Maya Rudolph and Ike Barinholtz mispronouncing the names of the nominees, Bob Newhart reminding Ben Stiller that he’s still alive), but most were inconsequential. There were no jokes made at the expense of a room full of celebrities, nor was there much in the way of commentary on our current political landscape. Given an opportunity to speak truth to power (and celebrity), Fox simply chose not to engage, which in itself sometimes feels like an acquiescence.

It was likewise hard to argue with many of the winners in last night’s ceremony, which is an indication of how good television has gotten in recent years. There are too many great series. Phoebe Waller-Bridge and Fleabag went away with three big awards — writing, Best Actress in a Comedy, and Best Comedy — and while she was very deserving after delivering one of the best seasons of television in years, most viewers wouldn’t have complained if many of those awards had fallen to Russian Doll or Barry or Schitt’s Creek, Good Place, or Veep. They, too, would have been deserving.

Chernobyl went away with the most awards in the Limited Series category, and again, it’s hard to quibble with its victories, even as they came at the expense of Ava Duvernay’s likewise phenomenal When They See Us. However, it was nice to see relative newcomer Jharrel Jerome take home the award for Best Lead Actor, beating out the likes of this year’s Oscar winner, Mahershala Ali. Patricia Arquette also took home an award in the Limited Series category for Best Actress for her work in The Act, and she used her speech to advocate for trans rights and talk about the passing of her sister, Alexis.

"I'm in mourning every day of my life." #TheAct's Patricia Arquette (@PattyArquette) talks about the passing of her sister Alexis Arquette and the persecution of trans people during her acceptance speech for lead actress in a limited series https://t.co/WmT1Fmyol4 #Emmys pic.twitter.com/E1iMULV5QV

Arquette’s was one of several noteworthy speeches during the night. Michelle Williams, who won for her role in Fosse/Verdon, argued for pay equity, nearly two years after her co-star Mark Wahlberg earned $1.5 million to her $80,000 for reshoots on All the Money.

Billy Porter, likewise, gave a terrific speech after becoming the first openly gay black man to win an award for Lead Actor. He’s one award away from an EGOT now.

In beating out Sandra Oh for Lead Actress in a Drama series, Jodie Comer also won the night’s most surprising recipient award, and delivered a speech full of gratitude and surprised us all with her natural Liverpool accent.

"I didn't think this was going to be my time." A shocked Jodie Comer (@jodiecomer) - star of #KillingEve - explains why she didn't invite her parents to the show in her acceptance speech for lead actress in a drama https://t.co/WmT1Fmyol4 #Emmys pic.twitter.com/dgvHO8sOi2

My favorite speech of the night, however, was that of Alex Borstein, who won for Best Supporting Actress for her role in The Marvelous Mrs. Maisel (Tony Shalhoub won the male award for the same series), as she spoke about how her grandmother survived the Holocaust:

"I dedicate this to the strength of a woman." #MrsMaisel star Alex Borstein (@AlexBorstein) dedicates her #Emmys win for best supporting actress in a comedy to the women in her life - including her grandmother who survived the Holocaust https://t.co/WmT1Fmyol4 pic.twitter.com/GQfUR41UL5

It may also be worth noting that Lorne Michaels gave the night’s worst speech, although it shouldn’t have been given the topic of the speech (Adam Sandler’s tribute to Chris Farley). Michaels has an incredible talent for sucking all the air out of the room.

"It was a very, very chilling moment and very powerful." Lorne Michaels reveals that the episode of #SaturdayNightLive they submitted for best variety sketch series was the one with Adam Sandler's tribute to Chris Farley https://t.co/WmT1Fmyol4 #Emmys pic.twitter.com/SPFeygEkid

In the Drama categories, the winners were all over the place, with Billy Porter winning for Pose, Jodie Comer winning for Killing Eve, and Julia Garner for Ozark. Peter Dinklage, however, took home the award for Best Supporting Actor in a Drama for his role in Game of Thrones, which also won for Best Drama despite what was the series’ worst season. Yet that award almost seemed inevitable, if only because HBO created in Game of Thrones the most talked about prestige drama of the decade (Succession, nevertheless, was robbed).

The biggest winner of the night, however, was probably The Masked Singer, an Idiocracy style reality show that was heavily promoted on a telecast meant to reward the best in television. Meanwhile, the big loser of the night was probably Amy Adams, who has been nominated for six Oscars and now her first Emmy (for Sharp Objects) and continues to go home empty-handed.

← Winners of the 71st Primetime Emmy Awards (2019) | The One Deduction We Can Make From the Trailer for 'El Camino,' the 'Breaking Bad' Sequel →