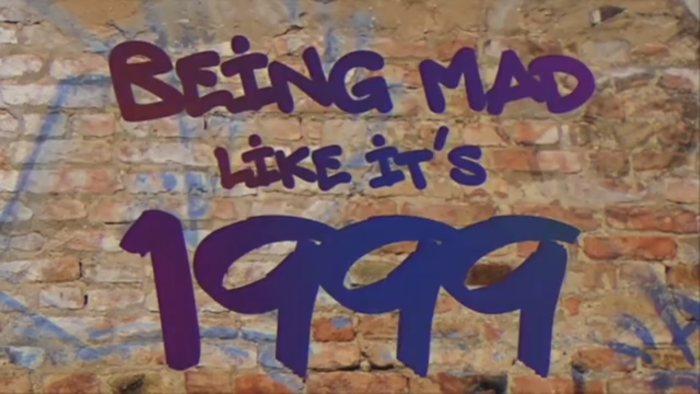 Amber Ruffin continues to make her mark as a late-night talk show host. As I’ve said before, this should come as no surprise. However, it is awesome to see just how Ruffin is standing out from the rest. This week it was with her brand new segment, “Being Mad Like It’s 1999.”

When Amber’s trusty sidekick Tarik asks how she deals with 2020-inspired anger, she explains that she focuses all of her rage on something trivial from the past. In this instance, the 1999 song “What Would You Do,” by City High. The song is … problematic to say the least. It revolves around a situation in which several men in the group shame an old classmate of theirs for stripping.

While it may seem trivial to discuss now, that’s the point. Something that is pretty delightfully encouraging to hear Amber explain. When she claims at one point to have wanted to “dick punch” one of the mansplainers, Tarik asks “Amber, doesn’t that seem a little harsh?” Ruffin responds perfectly by saying “What? My aggressive feelings for this fictional song from 1999? Absolutely. That’s the point.”

Of course people should stay engaged, or “woke” as it were, (I’m real hip, y’all) but the tongue in cheek nature in which this segment is presented is spot on and offers some helpful advice as well. Sometimes it’s necessary, just for mental health’s sake, to think about something that just doesn’t matter. Pick apart a movie, critique a song, skip the last presidential debate to instead watch Night of the Demons for the 19th time (guilty).

As Ruffin gets more and more into her groove, I will happily keep watching segments like this that bring a smile to my face and distract me from the onslaught of existential dread I’m currently trying to avoid.