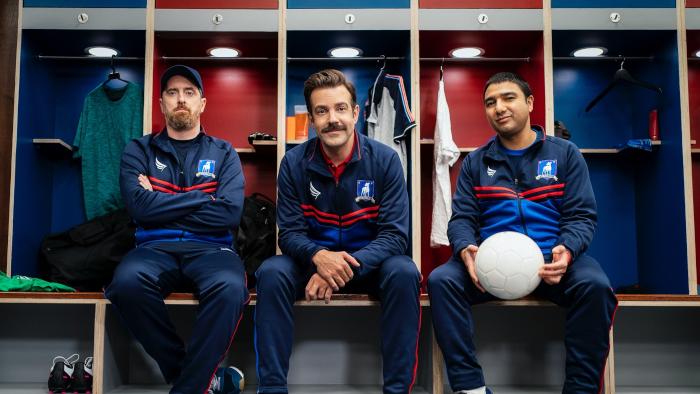 Watch the Trailer for the Second Season of 'Ted Lasso,' Which We've Never Needed More Than Now

The season two trailer has a lot of Lasso-isms in it, but it also doesn’t give away much about the plot, except that, even after relegation, they are underdogs. They also bring in a sports psychologist, who appears to be this year’s “villain,’ and by that, I mean the cold and distant person that Lasso has to win over. Also, I don’t see Jamie in the trailer, which may mean that he’s not in season two, or it may mean that they don’t want to give it away.

Catch up on Season 1, exclusively on Apple TV+ https://t.co/i2YaFnPLjZ pic.twitter.com/7KN3TMipJ9


← Mike Lindell, The MyPillow Guy, Is Having a Hell of a Week | Casting and Industry News: Adam Sandler Takes Another Stab at an Oscar, and Emilia Clarke Joins the MCU →