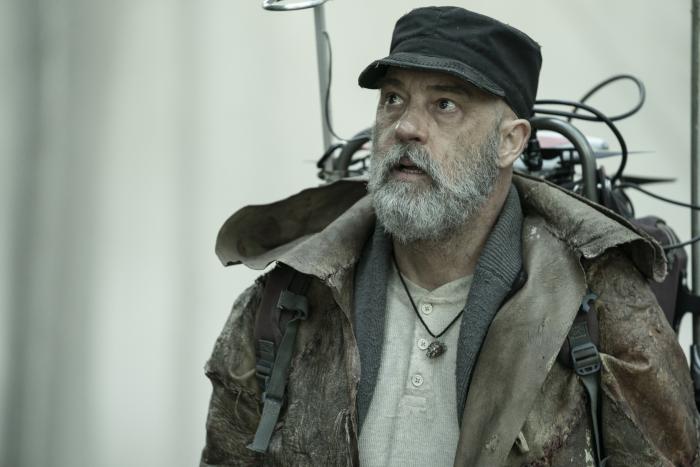 'Tales of the Walking Dead' on AMC: Worth Watching? Or Nah?

The anthology spin-off of The Walking Dead, Tales of the Walking Dead, recently wrapped up its six-episode first season, which leaves AMC zombie-free until the final eight episodes of The Walking Dead return in October. If you haven’t yet bothered to check out the series, the question is: Should you bother?
The answer: It’s hardly necessary.

It’s not that it’s terrible, it’s mostly that the series fades in quality as the season goes on, and it doesn’t start from a particularly interesting place to begin with. It’s fun to see familiar faces like Olivia Munn, Parker Posey, Terry Crews, Anthony Edwards, Poppy Liu, and Jillian Bell in this universe, but aside from that novelty, Tales brings nothing new to the franchise.

The first two episodes are the best, mostly because of stars. In the first, Terry Crews and Olivia Munn essentially go on a motorcycle road trip to find their respective love interests but end up falling for each other along the way. The second episode features Parker Posey and Jillian Bell in a Groundhog Day-like episode where the day restarts every time a gas tanker explodes until they can escape a hairy situation. Put any other lesser-known actors in the same episodes, however, and there’s little reason to care. They are generic, stand-alone episodes that contribute absolutely nothing to the mythology of the universe.

The third episode, an origins story for the eventual leader of The Whisperers, Alpha (Samantha Morton), is downright mediocre, save for Morton’s always excellent performance and at least a little insight into a character who has already been killed off on the mothership.

The fourth episode, featuring Anthony Edwards and Poppy Liu, flirts with an interesting premise. Edwards plays a scientist studying zombies and their migration patterns, but he doesn’t make any insightful revelations. It’s mostly about how Edwards’ character cares so deeply about the dead that he has alienated himself from the living. He does, at least, wear a cool jacket made out of the skin of the dead.

The fifth episode, featuring Jessie T. Usher, is absolute rubbish. Set in a French-speaking colony in Maine, it’s a morality tale that plays with the lead character’s memories in a spectacularly uninteresting way. He’s wrongly accused of killing kids, and he has to escape his execution in order to find the actual killer, only to give some staid speech about the depravity of humanity in the zombie apocalypse.

The sixth episode is marginally better, although again — as anthology episodes go — it’s lesser than the Creepshow reboot on AMC sister network, Shudder. It’s about two characters who accidentally kill a mystical woman and are then haunted by her ghost in what is something of a haunted house episode set in the zombie apocalypse.

The episodes, which come from longtime TWD writer Channing Powell and the architect of The Walking Dead universe, Scott Gimple, are mostly filler, uninspired zombie content designed to give TWD fans an excuse to continue subscribing to AMC+ between TWD seasons. The Walking Dead, its forthcoming spin-offs, and to a (much) lesser extent, Fear the Walking Dead, at least feature characters with whom we are invested. Tales, without that attachment, mostly illustrate how little the universe itself still has left to offer. TWD, on its way out, will at least introduce a new breed of zombie, while the spin-offs will take us to Manhattan and Europe, but Tales offers little other than middling stories mostly set in slightly different genres in the same familiar-looking wooded areas. Unless you’re a TWD completist, it’s hardly worth the bother.

← It's Here! The Sequel To Possibly the Most Joyous Video On the Internet! | What Happened to Helen on 'New Amsterdam'? →