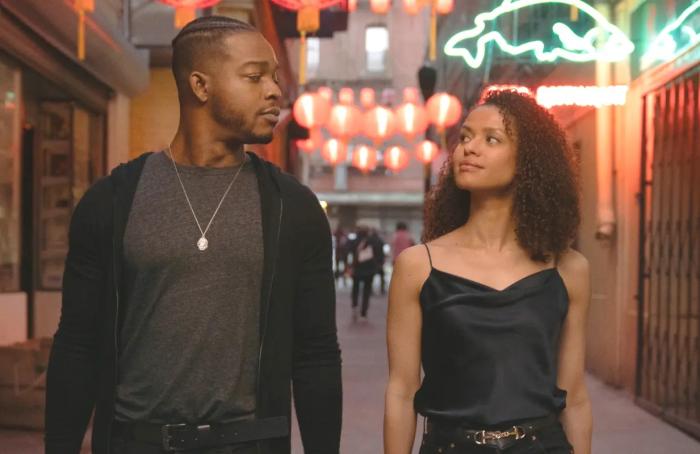 'Surface' on Apple TV+ Is a Tired Gaslighting Thriller

I read a lot of mystery novels, and for a few years, the biggest trend I saw among women mystery writers I read was the gaslighting thriller — too much Paula Hawkins, B.A. Paris, and Tana French. The plots typically centered around women who thought they were in happy marriages only to peel back the layers and discover their partners were lying, cheating, abusive criminals who sometimes led double lives and/or were responsible for the murder of a best friend, office acquaintance, or babysitter. These were admittedly compelling for a while (see French’s The Witch Elm), reading about these too-good-to-be-true men manipulating their wives’ reality, but the trope eventually exhausted itself.

The trend has evolved some — I just finished a (terrible) book, in fact, with a twist on the gaslighting husband: The female protagonist increasingly grew to believe that her husband murdered her best friend, but ultimately discovers that it was her husband’s best friend who did it. The twist is lousy, though, because the wife and her husband happily reconciled after the true identity of the killer was revealed, as though none of the red flags that made the wife suspect her husband in the first place had ever existed.

Surface on Apple TV+ is very much in the same vein as the gaslighting novel. It stars Gugu Mbatha-Raw as Sophie, a woman who nearly died after she either jumped or was pushed off a ferry boat. After waking from an extended coma, Sophie has no memory of her past. She’s led to believe by her husband, James (Oliver Jackson-Cohen), that she attempted to take her own life, and he is aggressive about maintaining that reality. However, snatches of memories — and red flags in her husband’s story — strongly suggest that she was pushed off.

The wrinkle in Surface is that Sophie also connects with Baden (Stephan James, If Beale Street Could Talk), an undercover police officer Sophie had been having an affair with before the ferry incident. Sophie doesn’t remember Baden, but he’s all like, “Your husband is not who you think he is.” Baden is also very handsome, while James has a certain menace about him. The show — and all the clues, so far — clearly want us to believe that James pushed Sophie off the ferry, which obviously makes me believe that Baden did it.

Only the first three episodes dropped this week, so it’s still too early to say whether Surface is about discovering why Sophie’s husband, James, pushed her off the ferry, or whether it’s about who pushed her off: James, Baden, or potentially someone else, like Caroline (Ari Graynor), who purports to be Sophie’s best friend but also confesses to Sophie early on that she had a brief affair with James before the ferry incident.

It would all make for a much more compelling mystery — was it her husband, her best friend, or her lover? — if Surface weren’t so devoid of personality. It’s brightly lit, but sober, and all the characters speak in daytime soap monotones. It’s all plot, designed to pull viewers along from one revelation to the next without ever really investing in the muted characters. It’s a shame, too, because it’s a waste of Gugu Mbatha-Raw, who still hasn’t been given a role worthy of her considerable talents — and Stephan James with the easy smile and the alluring, sleepy eyes.

The story is just interesting enough to keep me going, although I’m tempted — as I should’ve done with several of those gaslighting novels — to skip to the final chapter and find out who did it.

← Review: 'Not Okay' Takes on the Narcissism of an Internet Influencer Scammer | 'Bad Sisters' Trailer: Sharon Horgan And An Avengers Assemble of Irish Actresses Team Up Against A Terrible Husband →