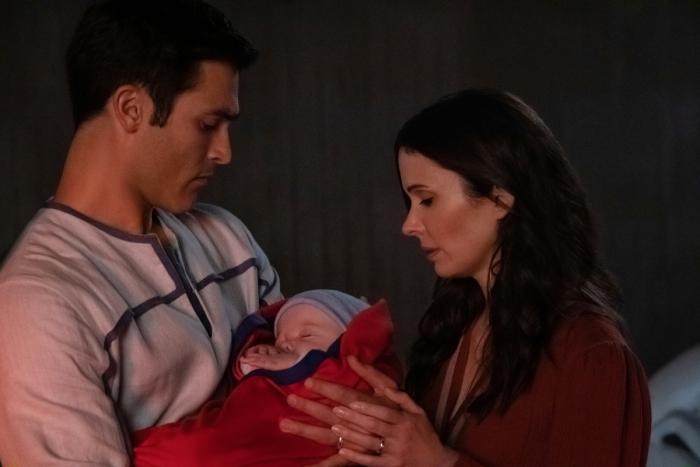 'Superman & Lois's Sons Are Teenagers in CW Series... Hold On, What?

At long last, The CW is finally giving Lois Lane and Clark Kent their own show, Superman & Lois. Though the famous couple technically only had one son before the five-episode “Crisis on Infinite Earths” crossover, the multiverse was rebooted (at least to some extent) and that left the pair with two sons, and neither of them are babies.

Jordan Elsass and Alexander Garfin have been cast as Jonathan and Jordan, respectively. It seems like they might be twins, but I know better. They’re probably not. Remember Crisis? Yeah, well, Jonathan had already been born and I’m not exactly sure how Jordan factors into the whole thing, but we’ll see.

Per Deadline, Jonathan is described as the clean-cut boyscout type, which sounds a lot like his dear old dad Superman. Jordan, on the other hand, is intelligent but has a temper and prefers to be alone than to hang out with people. Superman & Lois received a series order back in January and former The Flash showrunner Todd Helbing will executive produce alongside Greg Berlanti and Sarah Schechter’s Berlanti Productions.

I dabble a lot in spoilers and speculation and saw this coming a mile away. However, that doesn’t mean it makes any sense just yet. I mean, the recent Arrowverse crossover may have changed a bunch of things, but how will the show explain Lois and Clark’s sons as teenagers? Have they seen what their own parents look like? They’re still young. Is this because they age faster somehow? We’ll probably have to wait until CW’s upfronts in May (and Comic-Con) to find out more. Until then, let the speculation begin!

← Review: HBO's 'McMillions' Proves that True Crime Can Also Be a Blast | 'Birds of Prey' Star on the Film's 'Female Gaze' and Having a 'Functional' Costume →