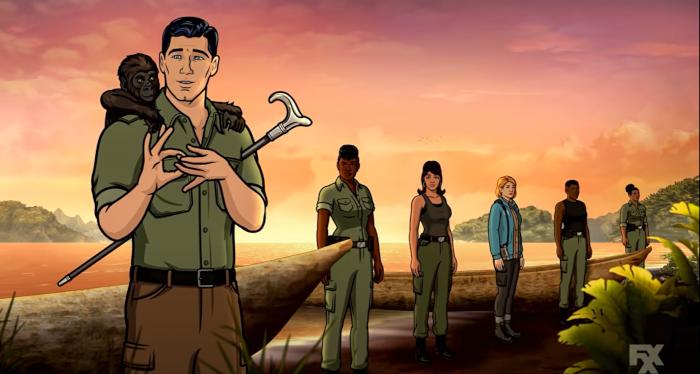 I feel like I failed you all. I spent so much time lost in a rage-induced fugue state when the TERFs came for Terry Pratchett that I completely missed the Archer trailer dropping nearly a week ago! Inexcusable, I know. That said, here you are.

If you watched Season 11, you will recall we left Archer & Co. right after he saved the world from an artificial and catastrophic rise in sea levels at the hands of Rex Licardo, an Elon Musk stand-in who attempted to use an atomic bomb to carve off a massive chunk of Antarctica’s remaining ice sheet. With the help of the ISIS crew, robot-f*cking scientists, and explosive picklebacks (don’t ask) Archer blew up a sub, saved the day, and dropped some truth bombs on his coworkers. Good times.

This time we’ve traded in the Antarctic for a jungle, the penguins for a baby chimpanzee, and the submarine for an…. automatic lube wall? Sure, why not. The one problem with Archer trailers is you never know which scenes are real and which are clips of things we’ll never see again. Here’s hoping they’re all real, because who hasn’t wanted to draw on a trash-talking teenage nerd before? 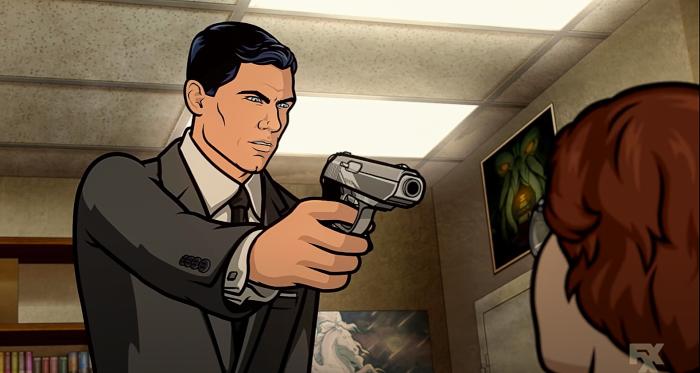 My only hesitation is there’s still no word on the unionizing efforts of the Floyd County Productions staff and the company’s subsequent stonewalling. The workers’ collective, FCP Guild, hasn’t posted any new information since May, and internet searches come up empty. I’d like to think it’s because they got what they wanted, buuuuuuut I don’t.

But we’re all a little hypocritical sometimes, so I’ll watch the premiere on August 25. If nothing else I need to see Jessica Walter’s final performances, as much as that will sting. According to IMDb , the season’s premiere episode includes guest stars Eric André, Harvey Guillén, and Bruce “Don’t Call Me Ash” Campbell, so can you say best episode ever?!