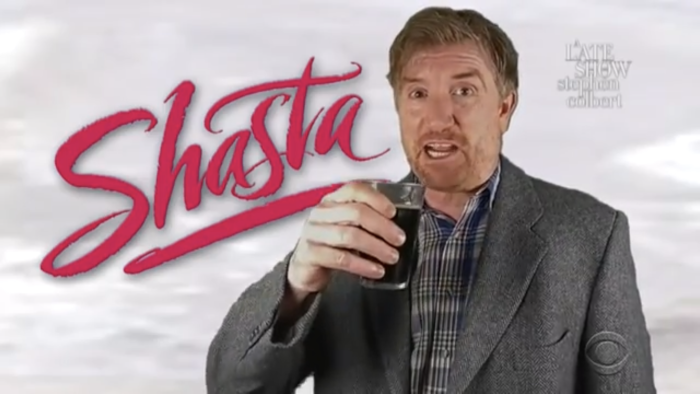 I haven’t thought about Shasta in years. It always seemed like a joke soda. To be frank, up until about two weeks ago, I don’t know if I had ever even had one. Then the fates stepped in and changed my plotted, Shasta-free course.

As my wife was giving birth to our sons, she started craving a Sprite. When we got out of the operating room (because twins) we were greeted by a smiling nurse and an ice-cold can of Shasta ginger ale. My wife drank it happily and we were given a steady supply of Shasta ginger ale for the duration of our five-day stay (again, twins). It was not the crisp, refreshing Sprite she wanted, but given that Sprite is a Coca-Cola product, imagine my surprise to find that the hospital was just ahead of the boycott curve.

Due to recent voting restrictions passed in Georgia, Coca-Cola stepped into the political spotlight. They decried the unjust legislation and are now being boycotted by Republicans because suddenly they hate corporations being involved in politics. Well, Stephen Colbert must have been monitoring our hospital stay, because he just dropped a hilarious sketch pitching Shasta as the new Coke!

The idea of Shasta, swooping in like a divorced dad trying to impress his almost adult kids is spot on. Why drink “woke” Coke when you can party with a judgment-free, “I’ll bury the body” Shasta? Yes, this sketch felt prescient to me given my recent Shasta consumption, but it’s also a great example of the Colbert Crew’s impressive ability to tackle topical subjects in a late-night setting.

I know, it should be a minimum requirement, but creating bits like this that are both fresh and (potentially) long-lasting is not easy. However, the crew at Colbert does it effortlessly and often. Now pardon me as I sip a nice, room-temperature glass of Diet Shasta (I’m watching my figure).

← Jon Stewart's New Show Draws Uncomfortable Comparisons to Wyatt Cenac's Old Show | Poll: Which Way Do You Put Your Phone Into Your Pocket? →