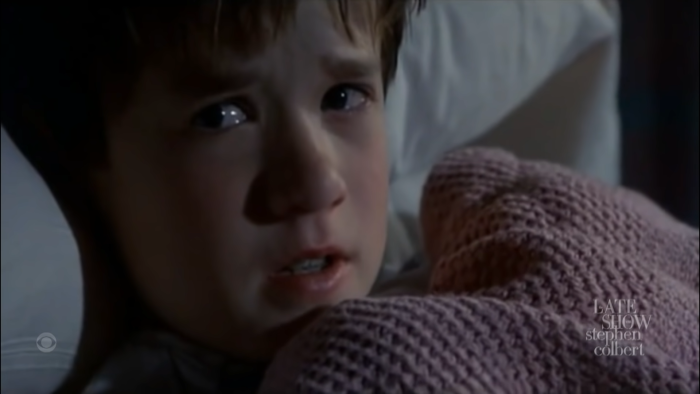 One of my favorite The Simpsons episodes is The Itchy & Scratchy & Poochie Show from Season eight. In it, Homer becomes the voice of a new character known as Poochie in Springfield’s favorite cat and mouse cartoon. Unfortunately, the character isn’t popular at all. So, the show’s creators write him off in the most abrupt way possible. A title card that reveals his fate and changes the planned ending for the episode. Well, turns out that China pulled a Poochie.

The Chinese government changed the ending to Fight Club. Instead of seeing banks crumble to the ground, a title card appears, revealing that Tyler Durden was successfully stopped by police. My favorite part is that they even reveal when Tyler was released from a mental asylum. So at least it’s a happy ending? He’s healthy now, everybody! Problem solved.

On the newest episode of The Late Show with Stephen Colbert, they kick things off by showing the other films that China has censored. You’d think that seeing essentially the same joke multiple times would get old but it does not. The Colbert Crew is always good at getting a lot of mileage out of their bits and this is a perfect example. The card they made for Soylent Green got me real good.

It seems silly to poke fun at China for this. Especially when books like Maus are being banned in Tennessee. But hey, when you point a finger at someone else, you point three back at yourself! So, yeah, at least I’m aware? Right? Validate me, please.


← In a Bizarre Insta Post, Actor Ezra Miller Appears to Threaten the KKK | Review: 'You Won't Be Alone' Is A Fine Folk-Horror 'Orlando' Made For Poetry Majors And Gore-Hounds Alike →