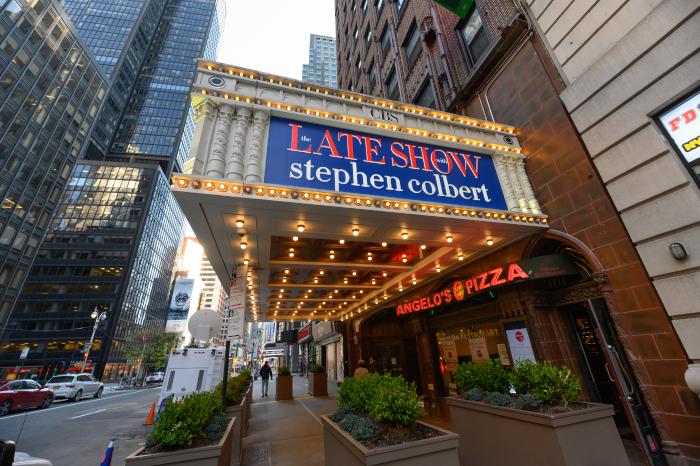 Stephen Colbert Returns To His Studio

Stephen Colbert dropped a bit of exciting news on twitter last night. After five long months of recording at home, the hilarious host will be returning to the famed Ed Sullivan Theater to do his show!

Back to NYC offices tomorrow after five months. Looking forward to broadcasting again from the Greatest City on Earth™️. And just in time (maybe way past time), I finally cracked that sourdough puzzle. pic.twitter.com/nGJG7aHyej

Colbert joins in with other hosts like Jimmy Fallon and Conan O’Brien who have returned to doing their shows in a studio (or, in Conan’s case, a comedy club). In a world of uncertainty, this small return to normalcy is welcome.

← Rest in Noise, Martin Birch | This Viral Video Is Your Gateway to the Best 'This American Life' Episode Ever →