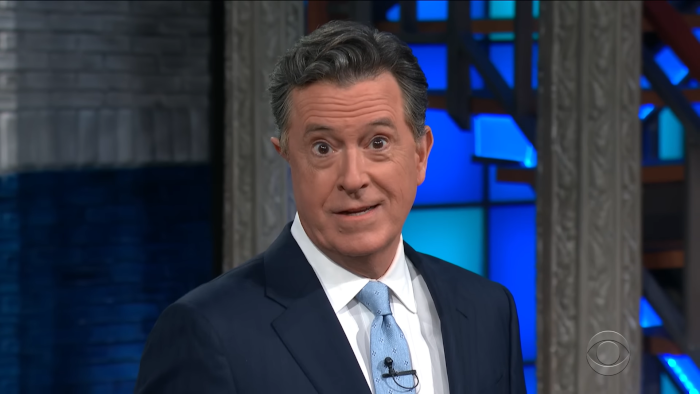 The Oxford English Dictionary defines Insurrection as, “the presence of any puppet in Washington D.C., specifically if Robert Smigel voices them.” That would explain why everyone over at FOX News lost their minds this past week. Smigel, his puppet Triumph The Insult Comic Dog, and several Late Show staff members were detained by Capitol Police. The whole thing amounted to a misunderstanding, but people still attempted to label it an Insurrection. I blame Oxford.

Colbert kicked off the newest episode of The Late Show by addressing the matter. At first, I expected a lot of jokes. Don’t get me wrong, there were jokes, but there was also anger. Righteous anger. Justified anger. Colbert was furious that this minor incident gave the wrong people a chance to throw a dead cat in the room. They deferred attention from the actual insurrection that took place on January 6th by talking about a fake one.

It almost seemed like Colbert didn’t even want to address the bit. For one, as he said, it’s just a reappropriation of an old Conan bit (I howled at this joke). Second, he shouldn’t have to. His explaining himself feeds the trolls in one way or another. But it had to be done. Unlike the people attacking him, Colbert is a man of principles. When he is accused of being part of an insurrection, he can prove that it’s not true.