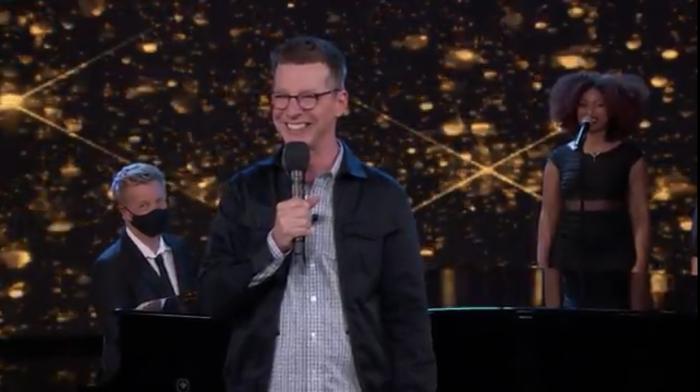 Start Your Weekend With An Excellent Guest Monologue By Sean Hayes

Over the last two nights, Hayes has been filling in for Jimmy Kimmel on his eponymous show. He crushed it. This should come as no surprise. Hayes is a seasoned performer of the stage and screen. He’s also having so much fun it’s impossible not to get wrapped up in his excitement. At one point, he talks about how excited he is to perform in front of a live audience. As someone who is currently on their longest stretch of not performing in front of an audience in 20 years, I felt that.

His most recent monologue had everything from solid jokes to unnecessary censorship. It then crescendoed with Hayes singing negative reviews of his hit podcast Smartless, a podcast I am very much a fan of. It was a delightful display of his musical and comedic talents. If the late-night landscape weren’t already littered with white men, I would suggest that Hayes get his own show. Head into your weekend on a high note, literally and figuratively, by watching a master performer do what they do best.

← Kyle Rittenhouse Put His Violent Urges on YouTube: 'I Wish I Had My (Expletive) AR' | OnlyFans Getting Rid of Adult Content Was Inevitable but It's Still a Slap in the Face to Sex Workers Everywhere →