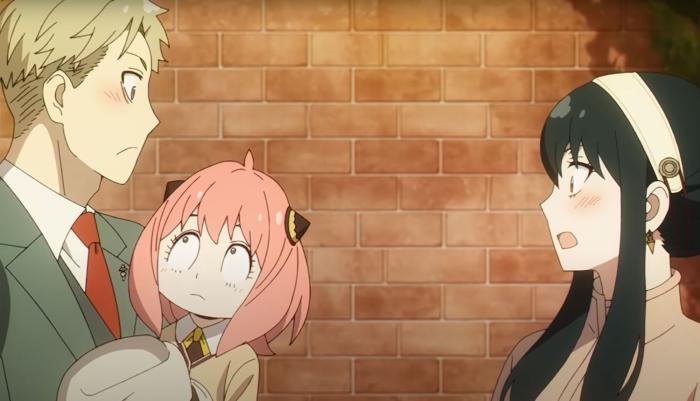 'Spy x Family' Is as Funny as It Is Charming

Written and illustrated by Tatsuya Endo, the anime adaptation of the manga series Spy x Family was one of the most anticipated anime series of the year. Its arrival isn’t just a thrill for fans of the original manga, but a terrific entry show for the anime uninitiated as well as a surefire serotonin boost as we shuffle through everything going on in the world.

The shonen jump series is, on its surface, relatively straightforward as far as action series go. Loid Forger is a spy on an undercover mission to save the world and, in the process, must get married and adopt a child for his cover. What he doesn’t realize is that his wife, Yor, is also a hired assassin while his daughter, Anya, is a telepath. The show’s charm though isn’t in tense standoffs or any sort of forced drama, but through the familial dynamics stuck up, almost in spite of Loid’s intentions for it all to be simply a part of a plan.

The greatest compliment that could be bestowed upon Spy x Family — and it should seem obvious — is just how funny it is, possibly the best show this year in terms of pure laugh per capita. At a lean runtime of just over twenty minutes, the series leaves no beat waster or filler, as each scene and/or interaction moves the characters and narrative forward while keeping the visual and verbal comedic bits going.

The aspect that’s captured the internet’s heart — rightly so — is the character Anya. An excellent example of the series’ ability to defy expectations and well-trodden tropes is how, despite being the “gifted” child with secret powers, that is as far as her abilities go. She isn’t a genius, she isn’t at all competent in sports or other competitive ventures that might help her ascend the ranks at her school, and even her ability to read minds has landed her with greater confusion than any sort of insight. The fact that they’ve decided to make this character frankly kind of dumb is both a breath of fresh air while also setting the stage for some of the funniest moments on the show, both in terms of how her confusion is visualized in expressive character design but also in the miscommunication and comedy of errors that befall her and her adopted family because of it.

While Anya is the clear star — stand-out moments include a fully cocked back sucker punch to a bully’s face, her constant realization of her father being a liar, and her absolute inability to succeed in dodgeball regardless of the amount of rigorous training she went through — Loid and Yor also make for delightful characters. Acting almost as the inverse of what we’ve come to expect these characters to be — Yor is more outward violent in her job while Loid spends more time in the shadows — the two are compatible both as will they-won’t their potential romantic interests (and who doesn’t love a fake relationship to love romance) but also characters acting in their interests coming together in aiding a common area — in this case, Anya, even if for Loid he’s still trying to delude himself that it’s all for a job.

The whip-smart elements alone are enough to elevate this to be the most popular anime of any given year. The entrance exam episode is proof of such, as the show crams in exceedingly absurd situations for our trio to overcome while playing with audience expectations.

Spy x Family , however, refuses to settle for humor alone. The animation style is immaculate, unsurprising considering the show comes from the combined efforts of anime studios Wit and Cloverworks, which have created some of the finest anime in recent years from Ranking of Kings to Wonder Egg Priority. From the character design and the elegance in how Loid is drawn to hold himself in stiff, straight lines, to the level of detail in each expression Anya gives, from smug, horrified or distraught, everything in focus is crisp and neat.

What truly sets it apart from other slice-of-life-style anime, however, is the punch delivered by the action scenes, sparse as they are. In moments where Loid must pretend to rescue Anya as a part of a celebration of her getting into the prestige school, the animation style shifts, demonstrating the fluidity of motion.

With an anticipated 25-episode run for season one and the part one closer coming up this week, it’s the perfect time to escape the noise of the world for the splendor that is this group of oddballs. A certain heart lies underneath the story, expressed through the kinship Loid feels with Anya, both orphaned at young ages, and the want Yor has in helping Anya through some of her tougher hurdles in school. However, it’s the comedy that elevates it beyond other series out this year, as easily one of the funniest debuts in recent memory manages to stir up a genre cocktail that’s as exciting in its domestic mundanity as it is in its moments of background espionage.


← 'The Black Phone' Is a Spooky, Scary Horror Movie with a Capital 'H' | Review: 'Elvis' is What a Baz Luhrmann Biopic of Presley Was Always Going to Be →