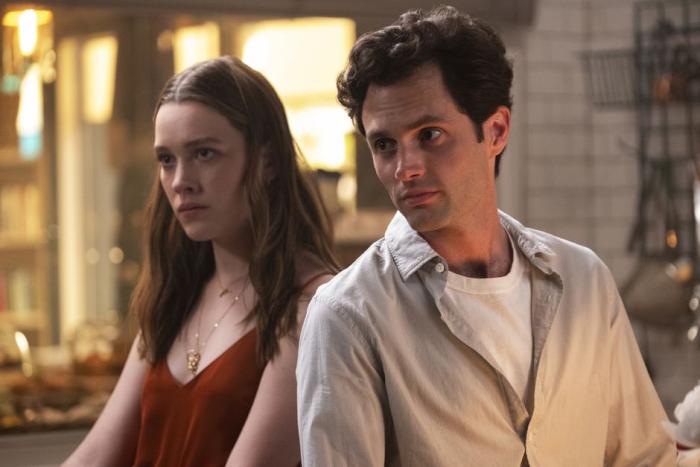 [Spoilers] 'You' Season Three Got Its Ending All Wrong

Spoilers for the entire third season of You

I’m bummed about the way that season three of the Netflix hit You ended, and I doubt I am the first to suggest that the wrong person died. Up until its conclusion, I thought this season of You may have been the best of the three. There was some complexity to it. It wasn’t just about a guy who developed stalker-like obsessions with women. In season three, Joe had to balance his obsession with the struggles of suburban malaise, his marriage, and parenting a child.

Indeed, not only did the wrong person die in the finale, but the show blew up everything that it had built over the course of the season, essentially resetting a two-season storyline and positioning the fourth season as one more singularly focused on Joe’s obsessions, only relocating it to Europe. The character of Joe has been exhausted, and I’m not sure how many cycles of obsession the series can sustain.

In season three, Joe (Penn Badgley) and Love (Victoria Pedretti) move into a wealthy suburb along with their infant child, Henry. Joe’s dissatisfaction with suburban life sets in almost immediately, and Joe finds himself flirting with the married, next-door neighbor, Natalie (Michaela McManus), a real estate agent. When Love finds out about her flirtation with Joe, she doesn’t take kindly to it. After Natalie leases Love some space for a new bakery, Love kills her, beginning a new cycle of lies and coverups. The lies here ensnare the suburban neighbors, who have basically recreated a popular high-school clique and relocated it to a cul-de-sac.

Natalie’s husband, Matthew (a way too underutilized Scott Speedman), develops his own obsession with solving the murder of his wife, while his college-aged son, Theo (Dylan Arnold) develops an obsession with Love. Love, who often feels neglected by Joe, periodically entertains Theo’s obsession, which only strengthens it. Joe, meanwhile, begins volunteer work at the library (keeping his book obsession alive) and develops an all-encompassing crush on Marienne (Tati Gabrielle), a librarian with an abusive ex and a history of addiction.

There are also various neighbors, most notably Sherry (Shalita Grant) and Cary (Travis Van Winkle), the sort of Prom King and Queen of the neighborhood, who also dabble in swinging. Mackenzie Astin also plays an anti-vaxxer Dad, but things do not go well for him. Saffron Burrows rounds out the cast as Dottie, Love’s verbally abusive, manipulative mother who has addiction problems of her own.

There’s a lot of moving parts — and a fair number of deaths and near-deaths — in season three, and while I appreciated how well it explored themes surrounding marriage and parenting, it often did so at the expense of the actual plot. Part of the fun of You is seeing how Joe (and Love) manage to repeatedly get away with murder, but neither seemed particularly worried about the consequences this season. The cover-ups came too easy — the only person who ever suspected their involvement in the series of murders was Matthew, and even his obsession with his wife’s murder had less to do with catching the killers and more to do with the way his fixation strained his relationship with his son, Theo. In fact, when Mathew figured it all out, he did not call the cops or take matters into his own hands. When he found Joe paralyzed by poison and lying on the floor in the finale, he delivered a few “F**k yous!” walked away, and then let the chips fall where they may.

In this case, Joe basically picked up his chips and walked away. Love had killed Natalie and the anti-vaxxer. She had nearly killed Theo. She had Cary and Sherry locked up in their dungeon. Joe had killed Marienne’s ex. The question was: How would Joe (or Love) escape this time? What lies would they tell? What story would they concoct? But instead of writing themselves out of the corner, the writers blew up the corner with a Deus ex murder-fake suicide. Love tried to kill Joe, but Joe escaped (using an antidote to a poison) and killed Love.
Love is dead.
Joe, meanwhile, is presumed dead. He left their baby behind with another couple, which allows him to move away, start a new life (under the name Nick) and continue his search for Marienne, who wasn’t a particularly interesting character to begin with and certainly not as layered and dynamic as Love.

Love should have lived instead of Joe. Joe is an increasingly flat character — he’s Dexter, only obsessed with women instead of vigilante justice. He feels nothing. He has no remorse. His “code” is malleable. He is driven almost singularly by his obsessions. Love, too, is driven by her obsessions, but she is also motivated by her emotions. Joe is a psychopath. Love is murderously co-dependent. Joe plans meticulously. Love is impulsive, which might have been the one reason to kill her instead of Joe. Love needed Joe to clean up her impulsive messes. But there’s no reason she couldn’t have found a new soulmate to clean up after her. The You in the title of the series refers not to Joe, but to the obsession, and there’s no reason why You can’t Doctor Who it up and follow a series of stalkers to their demise before continuing the story with the objects of those obsessions.

Penn Badgley is great in this show, but it’s a series that can be built upon a premise instead of a character. You had a great third season, except for the dud of an ending, but it needs fresh blood, a new perspective, and not a new European location. It would have been far more interesting to see Love pin all the murders on Joe and attempt to carry on in the same community as a single mother instead of blowing everything up and starting all over with the same character, the same motivations, and the same modus operandi in season four.