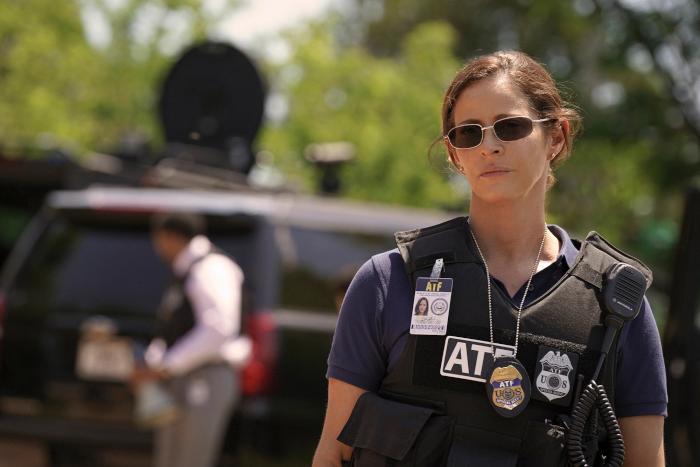 I like Paramount+’s Taylor Sheridan universe, although increasingly, Yellowstone is the least interesting of all of his series, which includes its two prequels, 1883 and 1923, Jeremy Renner’s Mayor of Kingstown (which returns for season two this month) and Sylvester Stallone’s Tulsa King.

Dramatically, the prequels are best, but from a pure entertainment standpoint, Sylvester Stallone is doing great work on Tulsa King, which manages to be both intense and occasionally funny. It’s a light series, except for all the murders, and much of that has to do with a cast that comes from a comedy background, including Martin Starr, Max Casella, and — especially — Andrea Savage, the creator, writer, and star of the phenomenal canceled-too-soon I’m Sorry.

It’s that comedic sensibility — and Stallone’s much better-than-expected wise-assery — combined with showrunner Terrence Winter’s (Boardwalk Empire, Sopranos) mastery of crime television that makes for such wildly entertaining television. It is a mob show set in the country-and-western culture of Tulsa, Oklahoma — a fish-out-of-water mob dramedy — and while it should not work, it remarkably does.

For those unfamiliar with the series, Stallone plays Dwight, a New York mobster released from prison after 25 years for committing a murder on behalf of his crime family. He is relocated to Tulsa by the new generation of mobsters, led by Charles ‘Chickie’ Invernizzi, who is played by The Wire’s Domenick Lombardozzi in a hilariously bad wig. Before Dwight relocates, however, he disrespects a made man and gets on the wrong side of Chickie, who wants to have Dwight whacked despite the fact that he took the fall for him back in the day.

Meanwhile, in Tulsa, Dwight decides to run an extortion racket on a legal weed dispensary operated by Bodhi (Martin Starr), and it turns out that while he does extort, he’s also surprisingly helpful. Unfortunately, he gets on the wrong side of a white supremacist motorcycle gang and a turf war breaks out. There’s a lot of bloodshed and violence and a few squeamish Sheridan-esque scenes.

Spoilers for the Finale. Unfortunately, FBI Agent Stacy Beale (Savage) is stuck in the middle of this. In the pilot episode, she sleeps with Dwight before he knows she’s an FBI agent, and before she knows that he’s a 75-year-old mobster. But the two forge an uneasy alliance because they kind of like each other and also because they share a common enemy in the white supremacist motorcycle gang. Alas, Stacy gets caught up in the violence and is shot by someone in the gang intending to kill Dwight. She’s hospitalized, and although she survives, the fact that she’s consorting with a known felon puts her job in jeopardy. Dwight knows this and not only takes out the entire gang in retaliation — including the leader Caolan Waltrip (Ritchie Coster) — but he steals $1 million from Waltrip and wires it into Stacy’s account to make amends for her bullet wound and for putting her job in jeopardy.

Nice, right? Dwight steals $1 million from the bad guy and gives it to the FBI agent! But there’s a twist! After she recovers, the FBI offers to give Stacy her job back, but only on one condition. At the end of the episode, when the FBI arrests Dwight at the casino he started with his partner (Garrett Hedlund), we discover that Stacy turned on Dwight. She claims that the $1 million Dwight wired her from Waltrip’s account was a bribe. She saves her career, but at the cost of her relationship with Dwight, who also broke ties with the New York mob but not before really pissing off and humiliating Chickie, who doesn’t like to be humiliated.

It all sets up an intriguing second season of a series that has already been renewed by Paramount. When that second season might return is anyone’s guess. Fortunately, Sheridan — busy with all those other projects — doesn’t have to do any heavy lifting, so he can leave it to Stallone and Terrence Winter to get it up and running before Stallone — as he is threatening to do — retires from acting.