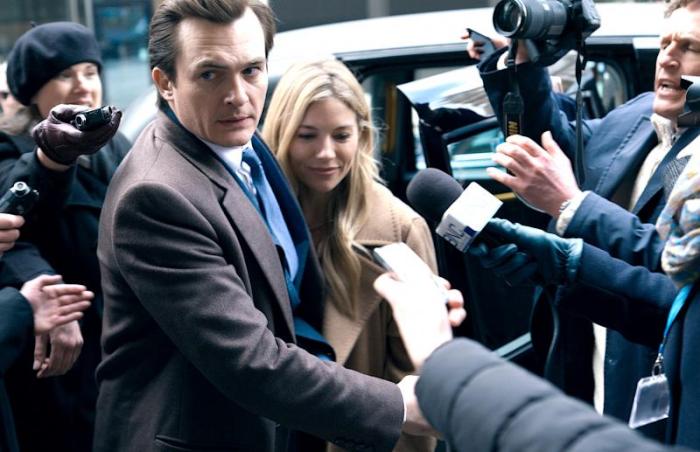 Spoilers: The Last 5 Minutes of Each Episode of Netflix's 'Anatomy of a Scandal'

Netflix’s British miniseries Anatomy of a Scandal comes from Canadian playwright Melissa James Gibson and David E. Kelley, who has never turned down a project in his life. It’s an adaptation of the Sarah Vaughan novel of the same name, a political potboiler about a junior government minister accused of rape. The six-episode series is exactly the kind of show made for Netflix, which is to say: Most of the revelations come in the last five minutes of each episode, thereby compelling viewers to click the “next episode” button, whereby they will have to wait another 50 minutes for the next revelation. Notwithstanding the otherwise decent cast, Anatomy of a Scandal is a clunker, a complete waste of time.

Rupert Friend plays James Whitehouse, a government minister, close aide, and best friend to the Prime Minister, Tom Southern. He’s married to Sophie (Sienna Miller), but their otherwise happy marriage is shattered when Whitehouse reveals to her that he had an affair with a subordinate, Olivia Lytton (Naomi Scott), and that news of the affair is about to be published in the newspaper.

Sophie doesn’t take the news well, but after James convinces her that the five-month affair was just about sex and nothing else, she agrees to stay with her husband and weather the storm. Most of their friends and colleagues shrug it off. “Boys will be boys,” etc.

Episode 1: However, at the end of the first episode, James learns that there’s something else now: He’s been accused by Olivia of rape.

Episode 2: James convinces his wife that the accusation is bullsh*t, and Sophie believes him. However, there is a trial, and the prosecutor Kate Woodcroft (Michelle Dockery) takes an intense interest in prosecuting James. At the end of the second episode, during the trial, Olivia reveals that she was in love with James, and an upset Sophie walks out of the courtroom in slow motion.

Episode 3: Even after the revelation that Olivia was in love with James, Sophie remains with her husband and is convinced of James’ account of the events: Olivia, spurned by James, made up the allegation of rape to get revenge upon him. At the end of this episode, another shoe drops: There’s a rumor going around that, back in college, James raped Holly Berry, who was Sophie’s tutorial partner. Sophie confronts James about the rumor and he denies it. 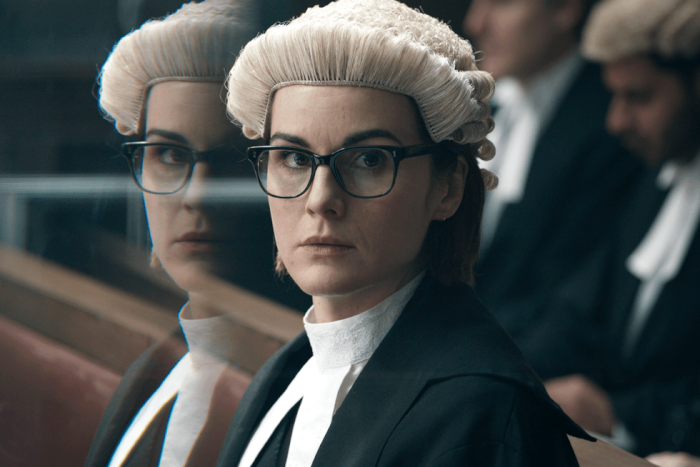 Episode 4: At the end of the fourth episode, the audience learns that the prosecutor Kate Woodcroft is actually Holly Berry, which explains her intense interest in prosecuting James. She changed her name and looks nothing like she did in college. If anyone finds out that Kate is prosecuting her own rapist, her career will be ruined.

Episode 5: At the end of the fifth episode, Sophie shows up at Kate’s home. She knows now that Kate is Holly Berry, although Kate denies it.

Episode 6: All along, Tom Southern, the Prime Minister, has stood beside James despite the rape accusation. We find out it’s because James has leverage over Tom: Back in college, Tom gave drugs to a fellow student who jumped to his death under the influence. James helped Tom escape the scene and never told anyone about it. For some reason, James reveals this information to Sophie in an effort to maintain her trust.

At the trial, the jury finds James not guilty. In the last five minutes, Sophie leaves her husband and reveals to Kate/Holly that she leaked news about the aforementioned coverup to the press, which will surely destroy the careers of both the Prime Minister and James. “Why are you doing this?” Kate/Holly asks. “Course correction, perhaps,” Sophie says.

There’s a montage of James being arrested, Sophie enjoying life in the country with her kids, and Kate returning to work. The end. Boom: You’ve been. Scandal’d.


← 'Zero Fu**s Given' Review: Adèle Exarchopoulos Shines in an Excellent Exploration of Grief and Modern Capitalism | 5 Shows After Dark: 'Black-ish' Series Finale on ABC '30 for 30' on ESPN →