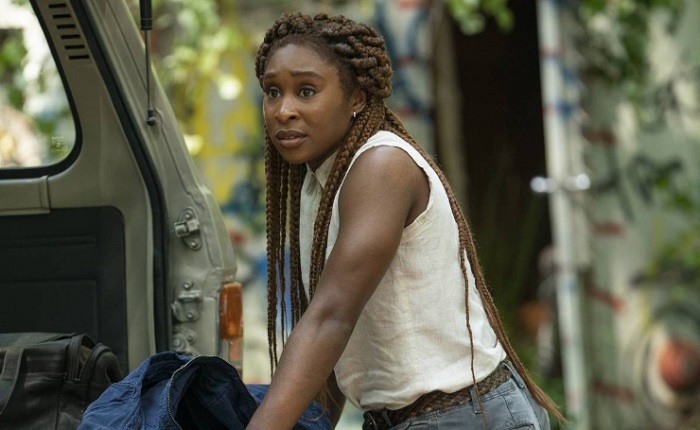 Spoilers, an Attempt to Explain 'The Outsider' Finale 'Must/Can't,' and What That Mid-Credits Scene Might Mean

“Show, don’t tell.” It was one of the first lessons of my high school journalism class, and then a constant reminder through journalism school, and it is the easiest way to discuss my frustration with the thoroughly unsatisfying finale of The Outsider. Although, I guess I should call it the season finale, not the series finale, because a few weeks into the show’s run, HBO stopped referring to it as a limited series. And now here we are, facing down a season two of The Outsider that will probably serve to be as unnecessary as the second season of Big Little Lies. Stories can end, you know. Closure is good. JUST LET THEM END.

You might already know if you read my early review of the show, based on seeing the first six episodes of the 10-episode season, or my piece about the mythology of El Cuco and how it reminded me of the entity my Iranian parents would warn me about, LooLoo Khorkhoreh, that I liked The Outsider very much! I’ve read Stephen King’s source text, and honestly, what Richard Price and cowriters Jessie Nickson-Lopez and Dennis Lehane have pulled off is great. The characters are so much more detailed and rich and real; I love the clairvoyant addition to Holly Gibney and how Cynthia Erivo pulls that off. Jeremy Bobb adds real vulnerability to Alec Pelley, and Yul Vazquez does the same for Yunis, and man, Paddy Considine! So fucking great, especially in “Must/Can’t,” playing both the overwhelmed and grieving and frustrated Claude Bolton and the scheming, malevolent El Cuco. Give Considine an award!

But also, what the fuck is happening in “Must/Can’t”? Why did this show suddenly seem to lose all energy in its final hour? I’ve rewound the episode and tried to piece together again what cover-up story Holly, Ben Mendelsohn’s Ralph, Yunis, and Claude tell about what happened in the cave and how Bill Camp’s Howie, Alec, Derek Cecil’s Andy (RIP, my man, you were a real one), and Max Beesley’s Seale Bolton all ended up dead, and I can’t make heads or tails of it. I don’t need every single detail laid out for me, but damn! How does Ralph explain going to meet a mysterious caller near a cave, and Terry Maitland’s (Jason Bateman) lawyer and private investigator both being there? How does Julianne Nicholson’s Glory react to the fact that her lawyer, the one who was helping her sue the pants off the town and the D.A. for arresting Terry, is now dead? What happens to her cases? (King’s novel wraps this up, but I’m assuming the show this leaves this thread to potentially pick up in a season two?) Yes, the D.A. announces in a press conference that charges against Terry were dropped—which, I would assume would automatically happen after his murder—but do we really think the town would accept that?

And, about district attorney Kenneth Hayes (Michael Esper)—in the preceding episode, “Tigers and Bears,” he learns that another child was killed in a way that could be perceived as similar to how El Cuco kills. Does that mean there are two El Cucos? I guess you could make that argument, if you wanted to feed into the “Holly is El Cuco” theory, the only basis of which is that mid-credits scene. 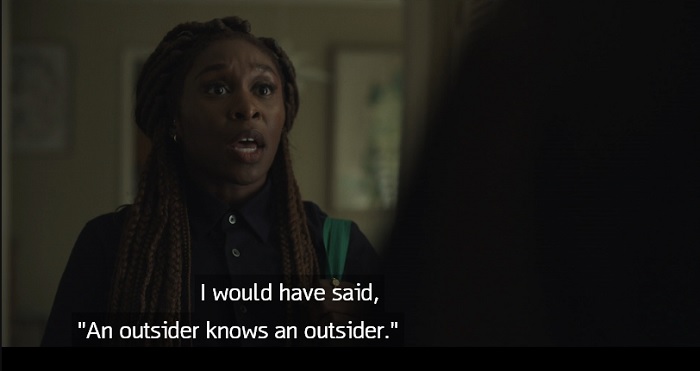 GODDAMMIT, DID I HATE THAT MID-CREDITS SCENE. Doesn’t it seem like that was added retroactively to the episode? As if midway through the season, HBO decided this was going to no longer be a miniseries but a multi-season affair, and so they called Erivo back in to film this? Because nothing about that scene makes sense, and that’s what I mean by “Show, don’t tell.” You want to make us worried that Holly was somehow compromised by El Cuco? Show us that. Sure, we sort of lose sight of El Cuco during that first time he yells in the cave, causing rock falls to spook Holly and Ralph. But is that enough time to scratch Holly? Wouldn’t Holly have reacted? Wasn’t she wearing long sleeves? Go back and watch her farewell scene with Ralph—there’s no scratch on her arm when she hugs him. And even if El Cuco, somehow, scratched Holly some other time, isn’t El Cuco pretty definitely dead, from that whole head-bashed-in thing? Or are we playing an “El Cuco can’t be killed game,” and that’s why we see the astral projection of Marc Menchaca’s Jack Hoskins in Holly’s bathroom mirror? I don’t know. I GUESS. It’s just all very annoying and irritating and dumb! The show tells us in that final mid-credits scene that Holly is … what? Not Holly? Or El Cuco’s latest victim? Or El Cuco itself? None of this shit makes sense! And please don’t tell me, “Oh, supernatural things inherently don’t make sense,” as a way to explain this away. A show needs to maintain the universe it has created for itself, and that mid-credits scene absolutely did not do that.

STORIES CAN END. (And in fact, in King’s original text, it does! That is the one thing I will say the novel has over the show!) You don’t have to compromise Holly Gibney, who has been such a strong and interesting and complex character, by forcing viewers to go all Charlie’s-string-board when figuring out how she could have been scratched. Or if Holly was in fact a duplicate all along, which would explain that “Who’s Terry?” line. By the way: The mini segment HBO put together to explain “Must/Can’t” with showrunner Richard Price DOES tease a second season with El Cuco being alive, but doesn’t touch at all on the “Who’s Terry?” line. 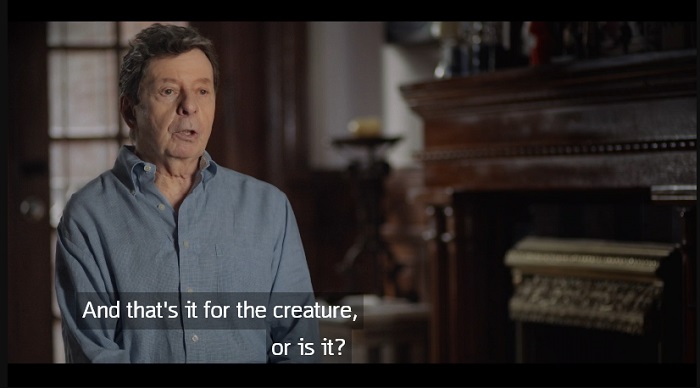 So I GUESS that’s meant to be sarcasm from Holly to Ralph as they try to figure out their cover story on the cave? But if so, it’s BAD WRITING because every recap I’ve read and numerous tweets I’ve seen about the finale have been obsessed with figuring out what the hell “Who’s Terry?” means. Without the tease of a second season, “Who’s Terry?” is just an out-of-character line of dialogue, as if Holly somehow forgot the dude she investigated for 3 weeks. But WITH the tease of a second season, “Who’s Terry?” is both bad AND annoying. Not every show needs to be a puzzle box, like Westworld! Not every show needs a second season, like Big Little Lies!

Doesn’t it feel to you like huge chunks are missing from the end of “Must/Can’t,” as if the episode was reconfigured to allow for a second season? Remember when Damon Lindelof said he didn’t really envision a second season for Watchmen and didn’t have immediate plans for it? Who knew that I, a loud Lindelof detractor and continued yeller of “THE ENDING OF LOST SUCKED,” would actually respect Lindelof for passing on continuing this story? That’s what you should have done, Richard Price! The Outsider could have just been a wonderful lightning in a bottle thing! Don’t go the Nic Pizzolatto route, my man! NOTHING GOOD CAME OF TRUE DETECTIVE SEASON TWO. OKAY, YES, RACHEL MCADAMS WAS EXPECTEDLY EXCELLENT, AND TAYLOR KITSCH WAS OFTEN SHIRTLESS. BUT AT WHAT COST? AT WHAT COST???

← With a 'Beauty and the Beast' Prequel in the Works, Disney+ Has an Original Programming Problem | No, Hachette Cancelling Woody Allen's Book is Not Censorship →