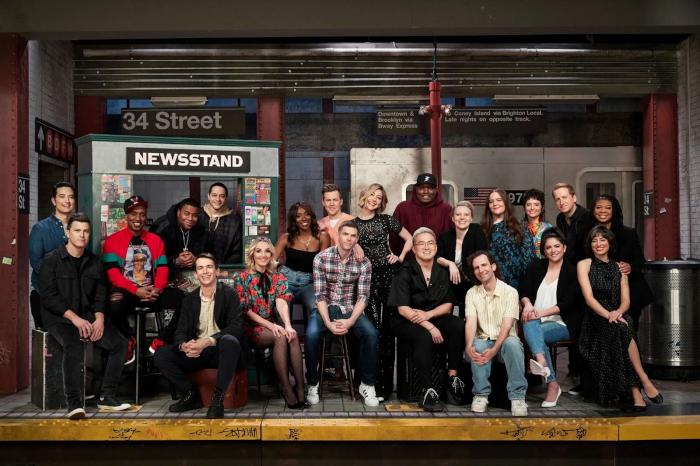 'SNL' Loses an Eighth Cast Member Ahead of Its 48th Season

At least it’s not Kenan.
Unfortunately, however, Chris Redd is the latest SNL cast member to depart the series, making the announcement less than two weeks before the new season starts (interestingly, the hosts have not been announced yet, though the first host will start rehearsing next Monday). Redd follows Alex Moffat, Melissa Villaseñor, Aristotle Athari, Kate McKinnon, Aidy Bryant, Kyle Mooney, and Pete Davidson out the door of 30 Rock.

Last season began with a series-high 21 cast members, but now it’s officially lost 38 percent of its cast. It will begin the year with 17 cast members, after four featured players were added to the cast last week.

“Being a part of SNL has been the experience of a lifetime,” Redd said in a statement. “Five years ago, I walked into 30 Rock knowing that this was an amazing opportunity for growth. Now, with friends who have become family and memories I will cherish forever, I’m grateful to Lorne Michaels and to the entire SNL organization. From the bottom of my heart, I can’t thank you all enough.”

That’s a tough loss, if only because it feels like Redd had risen to the upper echelons of SNL, and now he won’t be able to enjoy his time at the top.

Redd did not give a reason for leaving the series, but he does have a busy schedule ahead of him, despite the cancellation of Kenan, which he starred in alongside SNL cast member Kenan Thompson. He has a stand-up special out later this year, he’s working on an Audible project produced by Lorne Michaels, and he’s set to star in Cyber Monday later this year. Additionally, he co-created and co-starred in the six-episode Peacock series Bust Down earlier this year.

With all the departures, it could be a bumpy transition year with up-and-coming SNL cast members Heidi Gardner, Chloe Fineman, Ego Nwodim, and Bowen Yang leading the way alongside returning veterans like Cecily Strong, Colin Jost, Michael Che, and, of course, Kenan Thompson.