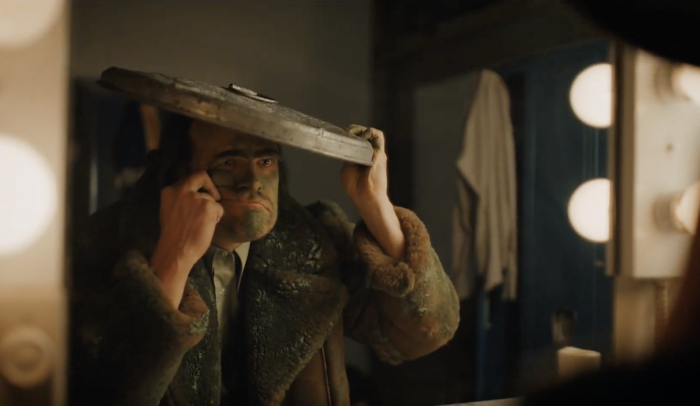 The first two episodes of the 45th season of SNL can charitably be described as “hit and miss,” and by that, I mostly mean a wardrobe malfunction and a host so good that SNL couldn’t completely diminish her talents have been the season’s only saving graces, so far. The political news cycle is giving SNL everything it could possibly need to succeed, but on Presidential politics, the show has completely whiffed, so far.

Let’s see if SNL fares any better in week 3 with host David Harbour.

Cold Open — The cold open this week takes up the LGBTQ Town Hall that aired on CNN last week (and proved disastrous for Joe Biden and a boon to Elizabeth Warren). SNL has proven it’s much better at satirizing Democrats than Trump for reasons that would take much longer to explain than I have tonight (I’ll whip up a think piece next week!). Billy Porter — the Billy Porter — introduces the candidates (and provides delightful commentary), and holy shit! Lin Manuel Miranda plays Julian Castro. “As a Democrat, I want to apologize for not being gay. But I promise to do better.” Kate McKinnon continues to mock Liz Warren in a way that makes her even more appealing, and Woody Harrelson returns again to play Joe Biden, who embarrasses the hell out of himself, but at least Harrelson is doing so intentionally. Good stuff. (Score: 7 out of 10)

David Harbour Monologue — Harbour goes backstage during the monologue only to find that he’s stuck in the upside-down where Lorne Michaels is a page, Keenan is running the show, and Pete Davidson is back (he’s apparently been in the Upside-Down for the last two weeks). Eh. It’s not a bad monologue. It’s not a good one, either. (Watch Here) (Score: 5 out of 10)

Lil Miss Teacher’s Friend Pagaent — It’s a pageant for teacher’s pets, and while it’s not particularly funny, it absolutely nails a particular type of student who kisses up to teachers but manages to be as annoying to the teacher as she is to the rest of the class. I suspect that you, in particular, will appreciate this one, Mat. (Watch Here) (Score: 5 out of 10)

Grouch — This is a trailer for Grouch, the origins story of Oscar the Grouch told in the style of Joker. It’s fantastic! It’s both funny and a brilliant commentary on Joker. It’s easily the best thing this season, so far. (Score: 9.5 out of 10)

Soul Cycle Instructor Auditions — The idea sounds like a good one, but the execution falls a little flat, although I might find it more amusing if I had any experience at all with Soul Cycle. (Watch Here) (Score: 4 out of 10)

Weekend Update — It’s another really good “Update,” which I hate to admit, but it’s true. SNL’s Trump skits are terrible, but Che and Jost have been doing good political jokes this season, and Jost’s Trump/Nazi joke this week is kind of brilliant. Heidi Gardner returns as film critic Bailey Gismert and she is in love with the Joker, while Pete Davidson returns to talk about how STDs … aren’t that bad. Um, it’s good to see Pete again. (Score: 8 out of 10)

Folk of the Past — Aidy, Kate, and Harbour are a Peter, Paul and Mary type folk band singing … a weirdly catchy song that is also really funny, too. (Score: 6.5 out of 10)

Father-Son Podcasting Microphone — What better way to improve a father-son relationship than for them to start their own podcast to sort out their problems? It’s a smart ad, although it’s not a particularly funny one. (Watch Here) (Score: 5 out of 10)

Nona and Poppa — Three kids visit their grandparents (Harbour plays the grandmother and McKinnon plays the grandfather), who make sauce and talk openly and uncomfortably about their sex life. It’s very dumb, but Harbour and McKinnon are having such a good time that it’s hard not to get caught up in it. (Score: 6 out of 10)

Dog Court — Cecily Strong plays a judge remarkably similar to Jeanine Pirro who oversees disputes between dogs. It’s the one total dog skit of the night (pun not intended, but not not intended, either). (Watch Here) (Score: 2 out of 10)