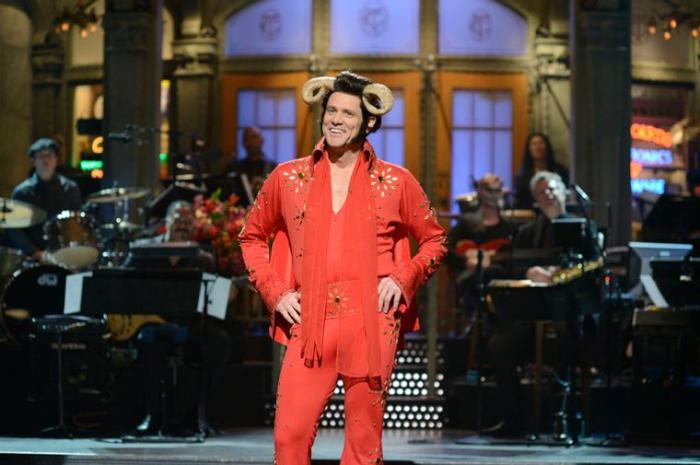 After finalizing a contract to bring back Kate McKinnon and bringing back the entire rest of the cast for its 46th season, SNL has made a few more announcements, the biggest of which is that they have cast Jim Carrey to play Joe Biden, according to a Vulture interview with Lorne Michaels.

“You’ll see the same people. I mean, Maya Rudolph is coming back, and Alec [Baldwin] will be back. And I think Jim Carrey is going to do Biden,” Michaels said, explaining that the casting started with Carrey expressing interest for the part, and then “it came down to discussions of what his take was … He will give the part energy and strength, and [Laughs] hopefully it’s funny.”

That’s kind of … disappointing. Not that Jim Carrey won’t be great, but the show already has a great cast it can rely on for impersonations, and barring that, they already had terrific impersonations in their stable from Jason Sudeikis and Woody Harrelson, who alternated playing the role last season.

Meanwhile, while the entire cast is coming back, they have also added three new featured players in Lauren Holt, Punkie Johnson, and Andrew Dismukes, the latter of whom has been a staff writer since season 43. Lauren Holt is a veteran of the Upright Citizen’s Brigade. Here’s Punkie Johnson doing stand-up:

On the newbies, Lorne Michaels told Vulture, “There’ll be three new featured players. There is Lauren Holt, who auditioned a year ago, and again last season, and the plan was to bring her in toward the end of the season that ended abruptly. She’s funny and fresh. Punkie Johnson, who is from New Orleans, and a stand-up. And Andrew Dismukes is the third. He was on the writing staff, but he’s a stand-up as well.”

When the show returns on October 3rd, SNL will do 5 straight shows to start the season, and there will be a “limited” audience in the studio.