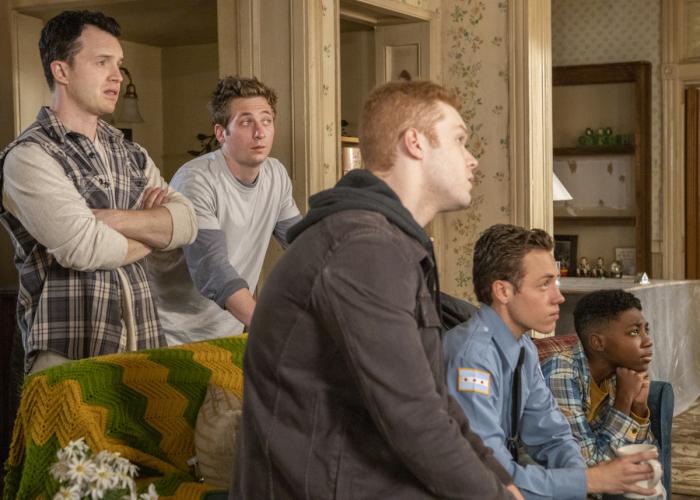 Showtime’s Shameless is rounding the bend on 11 seasons and heading into the final two episodes. If Shameless were a marathon runner, the show would have passed the finish line about four years ago and just kept going, even as its shoes fell off, and then one leg broke off at the knees, and a cracked rib started protruding through the skin.

Shameless has no business continuing to air, especially because it’s set to run for the same amount of seasons as the British version, which also overstayed its welcome (although, the British series only managed four or five good seasons before basically being entirely recast). The U.S. Shameless, however, still flashes the occasional glimpse of greatness, and even as tortured and assassinated as they have been in recent years, it’s hard not to continue loving the characters, even as they continue to spin their wheels.

Honestly, their wheel-spinning is one of the more realistic elements of the series. People like the Gallaghers don’t often jump socioeconomic levels, so it’s impressive that the family has progressed as much as they have. Lip is an out-of-work mechanic, which checks out; Ian and Mickey work sketchy jobs moving (legal) marijuana; Carl is a cop; Debbie is a welder; Liam now fills the role that Lip once filled as the one family member who just might make it out (granted, Fiona escaped, although no one knows to where). Frank, meanwhile, has alcoholic dementia, which will almost certainly kill him. Where they have all ended up makes sense, even if their journey to the present didn’t.

It isn’t always pretty — Frank’s anti-Asian racism in this week’s episode may have been accurate for the character, but it was really hard to stomach given the current cultural climate — but there are still moments that remind us of what we love about Shameless, like the sweet sibling conversation Lip and Ian had last night before Ian reminded Lip never to hit his husband again.

It seems clear, too, where the series is headed in its final two episodes. It’s a classic Jim and Pam play, where the writers pull the characters apart before bringing them back together in the end. Kevin and Veronica are moving down South for better jobs, schools, and housing; Lip is fixing up the house so he can sell it, so Debbie is looking for a new apartment; Ian and Mickey have already found a nice one on the West Side; Liam is going to move in with Lip. And Carl? Who knows? I’ll be surprised if he doesn’t end up back in prison. Carl’s a dirtbag, but he’s too good to be a cop.

Where they land in the short term is all moot is my guess. There are two episodes remaining, which leaves plenty of time for Lip to fix up the Gallagher home and realize that it’s too nice to leave and that it’s probably worth a fortune in the newly gentrified South Side. They can take out a second mortgage and add an extension. Frank will die in some spectacular fashion (he got a DNR tattoo in last night’s episode), and the finale will see the Gallaghers hold a funeral in the Gallagher home and everyone — including Kevin and Veronica, and maybe even Fiona — will realize that it’s exactly where they all belong. It’s inexorable. There’s nowhere else these characters belong, nowhere else they will fit in. No one else will take them. This Gallagher generation will beget another one in the same house. South Side forever, y’all.

The only question that remains is who will be the next Frank. My money is on Debbie.